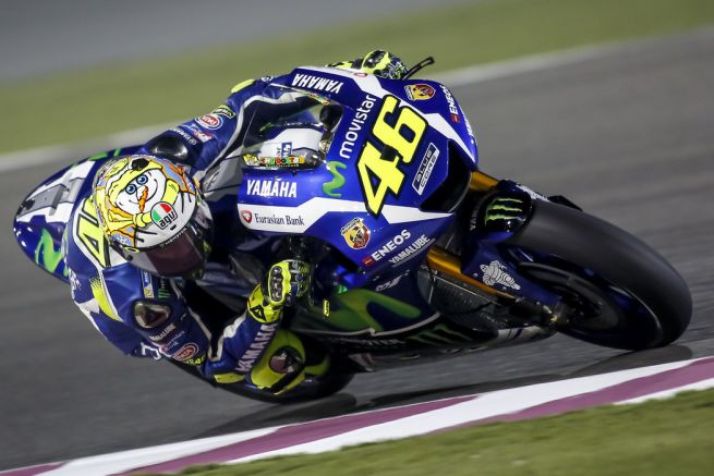 Valentino Rossi is already focused on the “toughest race of the season” in Malaysia this weekend after edging ahead of Yamaha teammate Jorge Lorenzo in the fight for second behind newly-crowned world champion Marc Marquez.

The Italian nine-time world champion, coming off 15th on the grid, picked up 10 points on Lorenzo with his second placing behind Britain’s Cal Crutchlow in Sunday’s Australian MotoGP at Phillip Island with just two races left in the season.

Rossi, who continued his remarkable podium record at Phillip Island, holds a 24-point break on the Spaniard with a maximum of 50 points left to fight for.

Lorenzo finished sixth and in the points in Australia to stay in touch.

Marquez clinched his third premier class world title in Japan a week ago and holds an unassailable 57 points buffer.

“I gained 10 points on Jorge which is important, but it’s still very close,” Rossi said.

“I am happy, I have recovered some points but what I want to do is try to make good races for me until the end of the season and try to fight for the podium.”

Rossi has now finished on the podium 16 times in 20 trips to Australia across all three GP classes and is looking to push on in steamy Sepang in Malaysia this weekend.

“Sepang will be another great challenge because it is the toughest race of the season,” Rossi said.

“It is very hot and you have to prepare well, to sleep well, to drink well and try to arrive ready because it is difficult.

“But usually we are quite strong there and we have to familiarise ourselves with the new asphalt, but the target is to try and fight for the podium.”

Crutchlow is also bullish about his chances in Malaysia after winning just his second career MotoGP at Phillip Island following his victory in the Czech Republic in August.

“I am going to believe that I have this psychological advantage until probably free practice one,” he quipped.

“We go there in positive spirits for whatever happens because we’ve done a couple of good races.”

Spanish Team Suzuki rider Maverick Vinales still has a chance of finishing in the top three in this year’s championship after claiming third at Phillip Island.

He currently lies 11 points behind Lorenzo, who was plagued with bike problems at Phillip Island but is looking for better times at Sepang.

“The grip level drop on the rear has been huge, from the beginning I didn’t have grip, but that’s the way it is,” Lorenzo said.

“As soon as the track has less grip, we struggle more and the problems we have with the bike double or triple.

“In Malaysia we shouldn’t have a problem with the cold, or grip as the track is new. It should have more grip than last year so I really look forward to a better result.” – Agence France-Presse