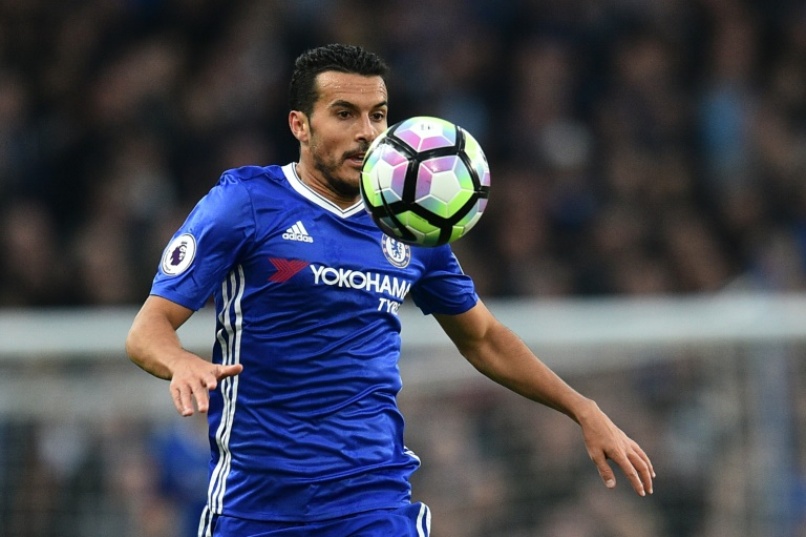 Chelsea’s 4-0 win over Manchester United is a sure sign of their readiness to mount a bid for the Premier League title, according to Pedro Rodriguez.

Victory left the Blues just a point behind leaders Manchester City, who are ahead of Arsenal and Liverpool on goal difference, and Pedro told Chelsea TV, the club’s in-house station: “It’s the way to show we can fight for the title.”

David Luiz, however, cautioned against Chelsea fans getting carried away with a run of three straight wins, all without conceding a goal.

The Brazilian, in his second spell at Stamford Bridge two years after he was sold to Paris Saint-Germain in a world record £50 million ($66 million, 59 million euros) deal for a defender, said: “Every match is three points. It doesn’t matter the opponent.

“It’s good to win in this way. It’s good to also keep the feet on the floor, with humility,” added Luiz, brought back to Chelsea by Italian manager Antonio Conte in a £32 million move in August.

“The important thing now is to rest a bit and then start to think about West Ham,” Luiz said.

Luiz, sold to PSG by Mourinho, was nevertheless encouraged by Sunday’s emphatic success.

“Everybody is happy. It’s normal. We worked a lot for that victory during the week,” he said. “We had an amazing game from the beginning. That’s why after the game we can be happy.”

Chelsea finished a modest 10th in the Premier League last season after sacking Mourinho, in his second spell in charge of the club, in December — just seven months after the Portuguese led them to the 2014/15 title. – Agence France-Presse