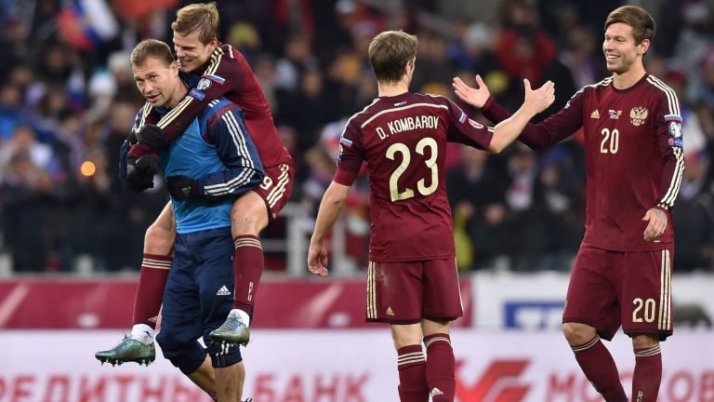 Russia, Poland and Austria all stepped up their preparations for Euro 2016 in France this summer with international friendly wins on Saturday.

Russia, who will face England in their opening match of the European Championship, cruised to a 3-0 victory over Lithuania in Moscow with goals from Fedor Smolov, Aleksandr Golovin and Denis Glushakov.

Poland have been drawn alongside world champions Germany — Joachim Loew’s men are in action against England in Berlin later — at this summer’s finals and strolled to a morale-boosting 5-0 demolition of Finland in Wroclaw.

Austria co-hosted the 2008 finals with Switzerland and booked their place at this year’s edition after dropping just two points during qualifying in a group that also featured Sweden and Russia.

In Vienna, Marcel Koller’s side overcame an Albania team heading to their first major tournament 2-1 courtesy of early strikes from Marc Janko and Martin Harnik, with Ermir Lenjani pulling one back for the visitors.

Hungary will also travel to France in June after a 30-year finals absence, and Balazs Dzsudzsak struck 11 minutes from time in Budapest to cancel out Mario Mandzukic’s first-half opener in a 1-1 draw with Croatia. – Agence France-Presse