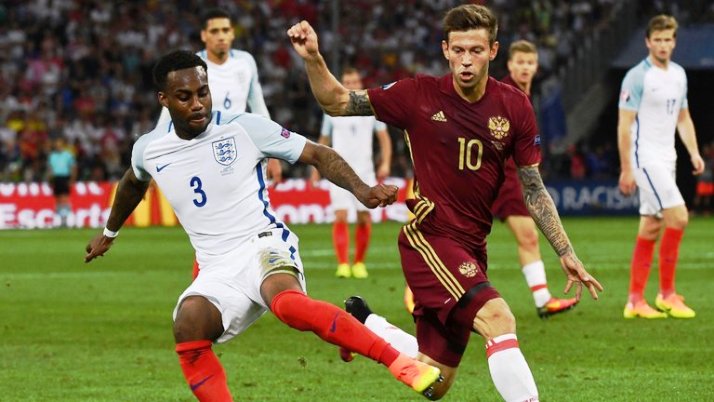 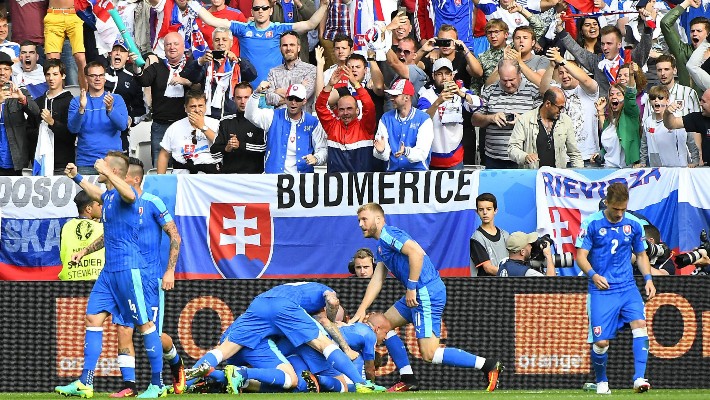 Fresh from holding England in Marseille in their Euro 2016 Group B opener, Russia face Slovakia in Lille on Wednesday knowing a win would all but secure progression to the last 16.

Russia’s opening game on Saturday was overshadowed by the trouble that flared in the city of Marseille and in the stands at the Stade Velodrome at full time.

UEFA has since opened disciplinary proceedings against Russia for the crowd disturbances, as well as racist behaviour and the letting off of fireworks, and has threatened them with expulsion from the competition if violence flares again.

And with England and Wales playing each other in nearby Lens on Thursday, the threat of more incidents between rival supporters in Lille will be of serious concern to local authorities.

But on the pitch in Marseille there was a happy ending for Leonid Slutsky’s side as captain Vasili Berezutski’s stoppage-time equaliser saw them earn a 1-1 draw against the Group B favourites.

That also means a victory at the Stade Pierre Mauroy, a day before England face Wales just along the road, would pile pressure on Roy Hodgson’s men in particular.

“I am not a saviour and one point does not really mean that much,” Berezutski told UEFA.com, playing down the significance of his goal before Slutsky’s side travelled to the northern city of Lille to face the Slovakians.

Russia saw key midfield duo Igor Denisov and Alan Dzagoev withdraw from their squad due to injury before the tournament, while back-up goalkeeper Yuri Lodygin missed training on Tuesday.

Meanwhile midfielder Denis Glushakov, who was used from the bench against England, could come into the Russian starting line-up providing he shakes off a calf strain.

For Slovakia there is even greater urgency in their search for a first European Championship finals win after they conceded late on to lose 2-1 against Wales in their opener in Bordeaux on Saturday.

Coach Jan Kozak will want more from his star creator, Napoli’s Marek Hamsik, and has admitted that changes to his line-up are a certainty.

That could mean Ondrej Duda of Legia Warsaw, who came off the bench to score against Wales, could be promoted to the starting XI.

“There will definitely be changes, but I cannot say which ones yet. We’ll see what shape the players are in after their recovery session,” Kozak said from the Slovakian camp in the central French town of Vichy.

“We’ve watched both teams. We had people at the other game (England against Russia). We know what we have to do, that we have to prepare well and attempt to get a better result than we did against Wales.”

Defender Tomas Hubocan, who says he has overcome a knock and is fit to start, added: “In the game against England, (Russia) surprised me with their physical shape. They’re pretty well prepared for the tournament.

“But we are too, and everyone will show that in Lille. We’re ready to take them on.”

While Slovakia are making their debut at a European Championship as an independent nation, this fixture evokes memories of key games at past tournaments.

The Soviet Union were 3-0 winners against Czechoslovakia in Marseille in the semi-finals of the first continental championship in 1960, while Czechoslovakia won 4-2 on aggregate in the 1976 quarter-finals. – Agence France-Presse