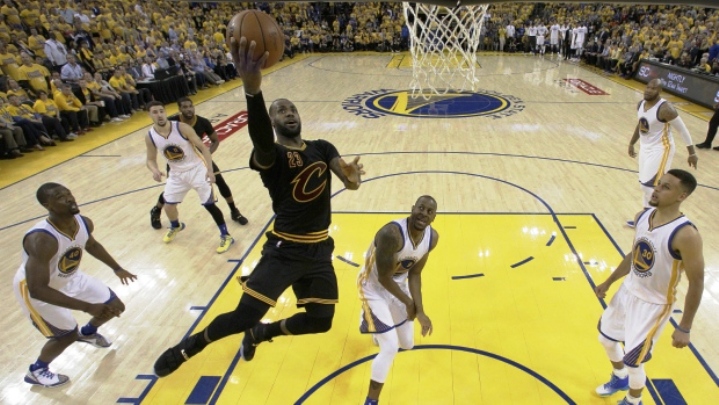 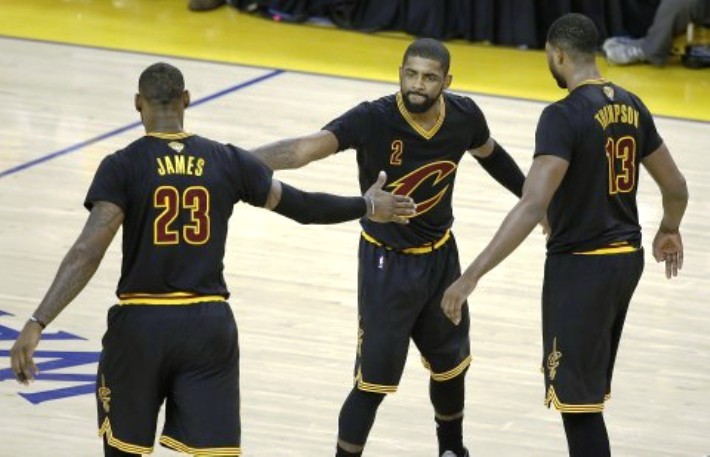 Faced with a must-win game, the Cavaliers stars became the first teammates to crack 40 points in the same finals game and scored more than any players facing NBA Finals elimination in 20 years.

Golden State still leads the best-of-seven series 3-2 with game six on Thursday at Cleveland. A seventh game if needed would be Sunday back in California.

James, who became the ninth player in NBA history with 1,000 career NBA Finals points, and Irving each scored 11 points in the third quarter. Irving netted 12 more in the fourth.

Golden State trimmed an 11-point deficit to 102-96 on a Curry basket with 6:39 to play, but Irving scored the next seven points, James added a 3-pointer for a 112-96 Cleveland lead, the Warriors going more than five minutes without scoring to seal their fate.

The Warriors were without Green after the NBA issued a one-game ban to the forward on Sunday. Green was given a flagrant foul for striking James in the groin with a flailing hand in game four and was banned based on accumulation of such fouls.

Green was the only Warrior to play in every Golden State regular season and playoff victory this season.

No team has ever recovered from a 3-1 deficit to win the NBA Finals, but the Cavaliers could become the first.

James, in his sixth consecutive NBA Finals and seventh overall, extended a personal streak with at least one road win in an NBA record 26 consecutive playoff series.

Bogut was struck by Cleveland’s J.R. Smith as he drove to the basket early in the third quarter and the Aussie big man landed awkwardly on his left leg, writhing in pain on the court. He had to be helped to the locker room with what appeared to be a severe left knee injury.

With Green gone and Bogut out, the Warriors went with a smaller and faster lineup, but more space inside was open for James to drive to the basket.

Leading 74-71 after Golden State’s Klay Thompson made five points in a row, the Cavaliers went on a 19-11 run, with James and Tristan Thompson each scoring six in the spurt for a 93-82 Cleveland edge.

James entered the fourth quarter with 36 points, 12 rebounds and six assists — the best three-quarter figures of his NBA career.

In a physical and fast-paced first half, Klay Thompson scored 26 points while James had 25, his most in any half in this year’s playoffs or any of his seven finals appearances, as the teams were deadlocked 61-61 at half-time.

Hot-handed Thompson, who had 18 points in the second period alone, made 6-of-8 3-pointers, 3-of-4 from 2-point range and 4-of-4 from the free throw line to power the Warriors.

James connected on 10-of-18 from the floor, including 2-of-4 3-pointers, and grabbed nine rebounds in the first half while Irving added 18 points, hitting 8-of-10 from the floor.

Fans chanted “Free Draymond” and booed James as the Warriors jumped ahead 9-3, aided by four Cavaliers turnovers, but James and J.R. Smith sank back-to-back 3-pointers to lift Cleveland level at 22-22 and the first half stayed tight from there. – Agence France-Presse