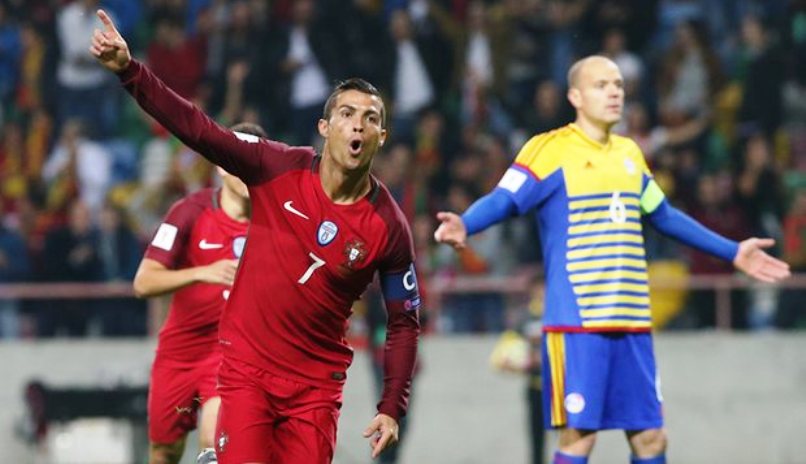 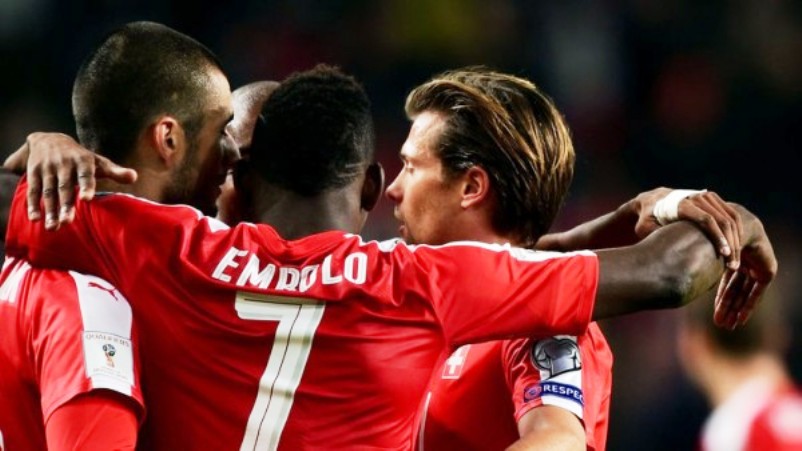 Cristiano Ronaldo scored twice in the opening four minutes on the way to a four-goal haul as European champions Portugal smashed Andorra 6-0 in World Cup qualifying on Friday, while France recovered from a goal down to thrash Bulgaria.

The Real Madrid superstar was making his first appearance for Portugal since he was stretchered off injured and in tears from the final of Euro 2016 and he wasted no time in making up for his three-month absence from international football.

The 31-year-old took just 73 seconds to make his mark. He was wrestled to the floor at a corner but then jumped up to volley in left footed from around the penalty spot after the Andorra goalkeeper could only parry a Portugal header.

Ronaldo, who has struggled to get back to his brilliant best for Real since returning from his knee trouble, was at it again two minutes later when he was left totally unmarked on the six-yard box to rise and head in.

It was only a matter of how many for the home side after that, as Portugal belatedly got three points on the board in Group B, after losing in Switzerland in the opening group matches.

Ronaldo made it the perfect hat-trick just 90 seconds after the break, grabbing his third — Portugal’s fourth — with a sweet right-footed volley.

Andorra’s nightmare evening got that bit worse just after the hour when they went down to 10 men, Jordi Rubio receiving a second yellow card for clattering late and hard into Ronaldo, who punished the away side soon after with another fine half-volley for 5-0.

Cynical and increasingly desperate Andorra saw red again when Marc Rebes was the next to get sent off, again for cutting down the man of the moment Ronaldo.

“We know that Switzerland and the Faroes won tonight and it will be necessary for us to beat them during qualification,” said Ronaldo who now has 65 international goals.

“There are eight games left and we want to win them all to reach the World Cup finals.”

The Swiss scored in the 89th minute to stay top of Group B, Valentin Stocker firing them in front for the final time in a thrilling 3-2 away win in Hungary for a perfect six points from six. 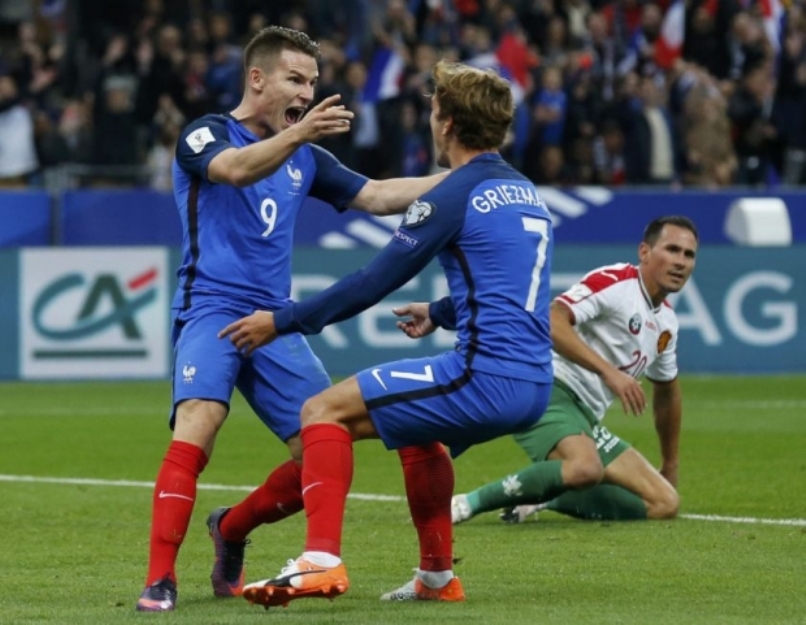 – Gameiro at the double –

France, agonisingly beaten by Portugal in Paris in the Euro final in July, returned to the scene of that heartbreak and got off to the worst possible start when they conceded after just six minutes at the Stade de France.

Mihail Aleksandrov stroked home from the penalty spot to give the Bulgarians a shock lead in a very competitive-looking Group A.

But the French stormed back with two goals from Kevin Gameiro — making his first international start in almost five years — in a convincing 4-1 win.

“It was a perfect evening. We reacted well and then ran away with it,” Gameiro, back in favour at the age of 29, told TF1.

“I felt enormously proud and especially full of desire. Hard work pays off.”

The Netherlands, who failed to make it to the Euros, top the group after they defeated Belarus 4-1 in Rotterdam. Quincy Promes grabbed a first-half brace for the Dutch.

France travel to Amsterdam on Monday for a mouthwatering clash with the Netherlands.

Under-achieving Belgium also enjoyed a fine home win, Eden Hazard scoring a beauty in the first period as they defeated Bosnia and Herzegovina 4-0 to go top of Group H.