Home 2020 Sabah in three finals of Division 1 of 100PLUS National Junior Circuit... 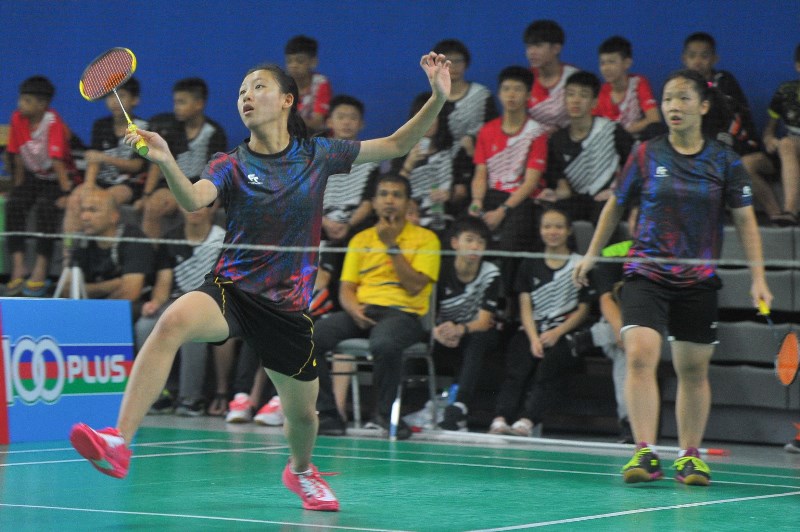 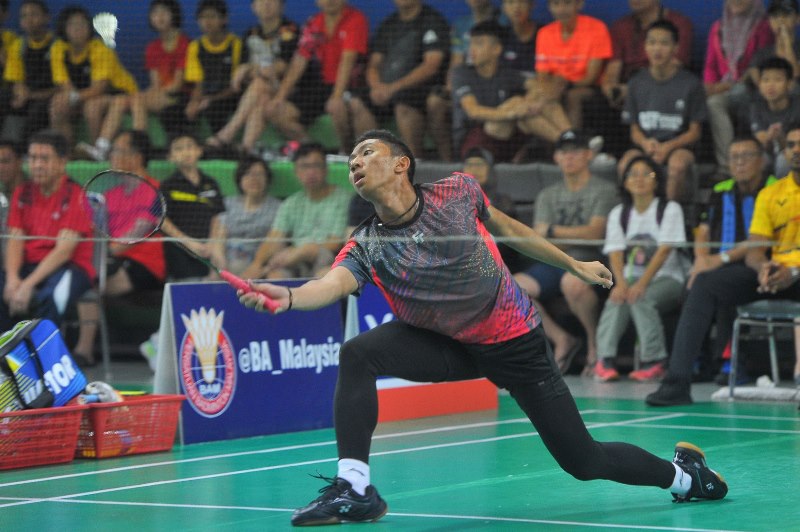 It is Sabah’s turn to show their mettle in Division 1 of the Under-16 100PLUS National Junior Circuit 2020 when three of their shuttlers made the cut for the finals of Round 1 tomorrow.

Following the rounds of semifinal matches this morning, Daniel Edry Elvestly in the U16 boys’ singles stole the limelight when he dumped second seed Muhd ​​Ariffin  Nazri Md Zakaria of Johor to book his place in the final tomorrow.

But it was no means plain sailing for the 3 / 4 seed Daniel when he failed to read Ariffin’s movement in the first set to concede to a 16-21 defeat.

However, the Kota Marudu-born player remained focused and calm throughout the game and this proved to be pivotal as Daniel won the next two sets 21-17, 21-14 for the win.

“At the beginning of the first set I failed to play according to the momentum but in the second set I just followed the opponent’s game and waited for him to make a mistake.

“My confidence is on the up after this win and of course I want victory tomorrow,” Daniel said.

In the U16 girls’ singles, Goh Shuen Tong inched closer to her title aspiration when she booked her place in the final by beating Gan Wan Yan of Penang by 21-13, 24-22.

“My opponent did not focus early in the first set and made a lot of mistakes but in the second set she (Wan Yan) played more aggressively but I managed to control the game and win,” said Shuen Tong

“We know our opponents well, so it was not too hard win points and secure victory over the Sabah pair.

“For the final, we do not want to be too confident as we have lost to them (Sik Xiao Hui-Wong Zhi Yi) in other tournaments before. So this is an opportunity for us to take revenge,” Cassey said.

In the finals of Division 2 in Kuantan, there were several surprises in store in the U16 division.

However, the loss for Amanda was even out by team-mate Ting Wen Xuan, who lived up to his ranking as the boys’ singles No. 1 seed to triumph over second seeded King Kiem Hwa of Perak to win in straight set 21-15, 21-16.

But Amanda did not return home empty handed as she went on to take the title in the U16 girls’ doubles.

Alongside partner Tai Jo Yi, Amanda stuttered somewhat in the first set before the pair got their act together to win 16-21, 21-18, 21-18 over Perak’s Aneesa Soofiyah Roslan-Gobi Vannee.

It was another three-set battle in the boys’ doubles before Tan Shi Ling-Ting Wen Xuan of Kuala Lumpur were able to take the title following their hard fought 18-21, 21-14, 21-19 victory over Malacca’s Mahazain Amani Aman Nazri-Soh Ping Chuan.

In Putrajaya for the Division 3 finals, top seed Goo Vie Keat justified his ranking by winning the U16 boys’ singles by beating Putrajaya’s Segaran Pugalventhan 21-18, 21-11.

Sarawak’s Audrey Vanessa Chee secured the U16 girls’ singles title as the top seed with an easy 21-17, 21-11 over teammate Lee Zi Suen.

But there was a surprise in the boys’ doubles when Ashley Chua Kai Quan-Jeremy Juan Zhen Liang from Sarawak created an upset for the second time this week.