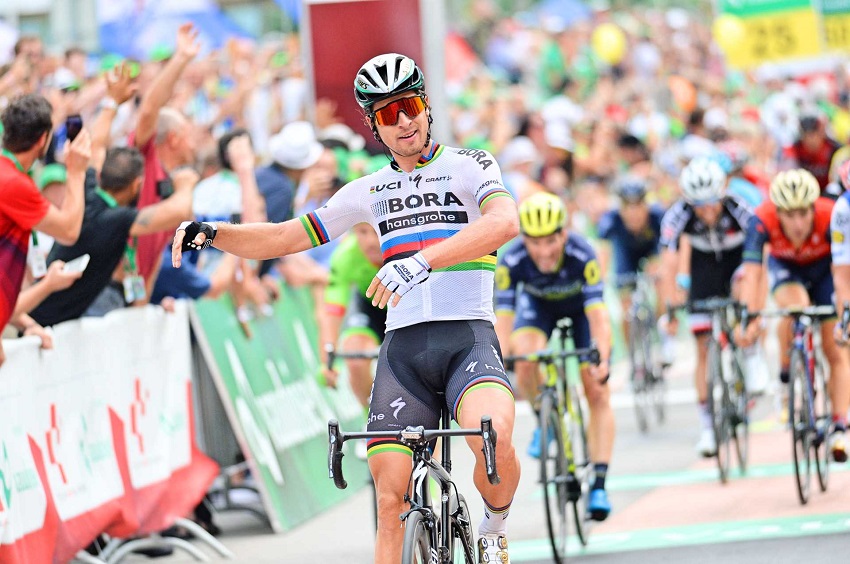 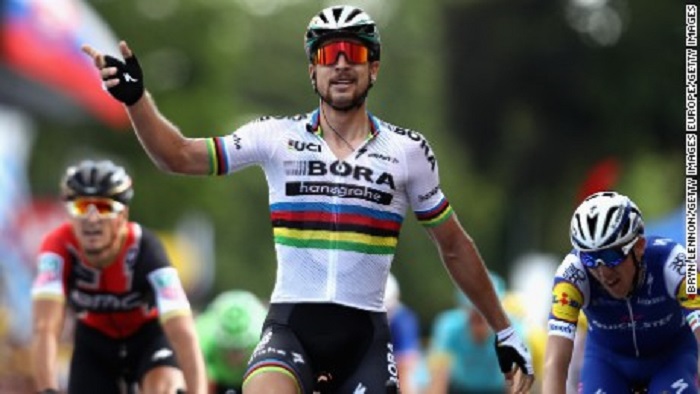 World champion Peter Sagan showed his class when he won the fourth stage of the UCI season-opening Tour Down Under in South Australia on Friday, taking the overall lead in the process.

Sagan, who had a string of minor placings in the last two years of the race, finally enjoyed a win in the run into the town of Urailda.

The Slovakian finished the stage in 3hr 21min 7sec to take the ochre leader’s jersey, two seconds ahead of South African Daryl Impey, who finished second on Friday.

Sagan, from the BORA-Hansgrohe team, formed part of a lead group that caught race leader Zak Dempster on the approach to the King of the Mountain climb at the top of Norton Summit Road.

He then battled defending champion and race favourite Richie Porte towards the finish at Urailda.

Sagan remained in a good position at the front of the leading group as a number of riders tried to attack.

But on the fast descent to the line, the 27-year-old made his move.

He followed the wheel of Impey before turning on the power in the final metres to take the win.

Sagan said despite taking the leader’s jersey, he was expecting teammate McCarthy to take the lead on stage five, which includes two climbs up the notorious Willunga Hill.

“Tomorrow will be again another story,” he said.

“I’m in the ochre jersey now but we all know we are racing here for Jay.

“It’s his home race. He’ll have a much harder climb than today to have his say tomorrow.”

Sagan added that although the temperature reached 45 degrees Celsius (115 degrees Fahrenheit), it was not the hottest day of racing he had experienced.

“It’s been a very hard day of racing but maybe not the hottest in my career so far, as I’ve experienced something slightly hotter in California a couple of years ago,” he said.- Agence France-Presse