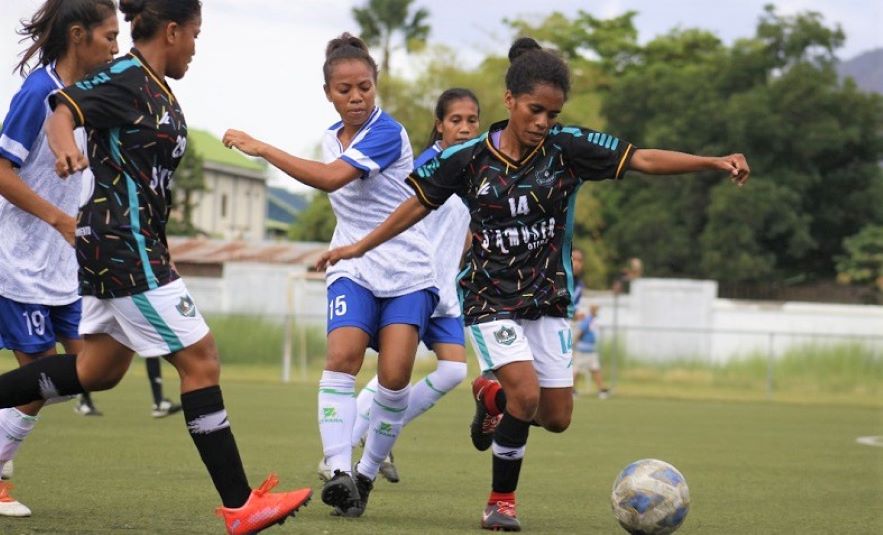 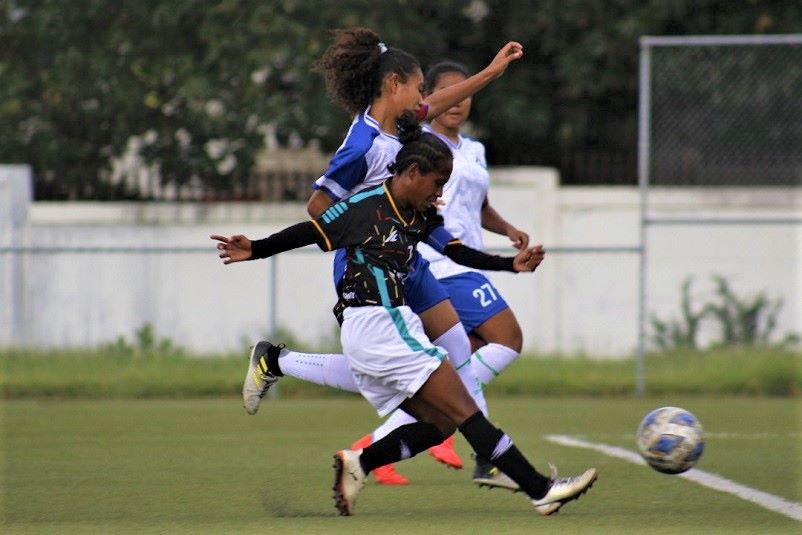 S’Amuser FC have taken control of the Football Federation of Timor Leste (FFTL) Women’s League 2021 where they are currently sitting pretty at the top of the standings after two matches.

Following from their 1-1 draw against FC Buibere in the season opener, S’Amuser made no mistake this time round when they pummeled Academica 3-0.

Dolores Da Silva fired in a hattrick with goals in the 10th, 75th and 82nd minute.

In the meantime, Buibere kept up the chase at the top of the standings with a 2-0 win over Maranatha FC.

Tasya Duarte fired in the lead after 31 minutes as Nilda Romana then doubled the advantage for Buibere with their second goal of the game in the 46th minute.

After two matches played, Buibere are on the same four points with leaders S’Amuser with the latter in the lead on better goal difference. 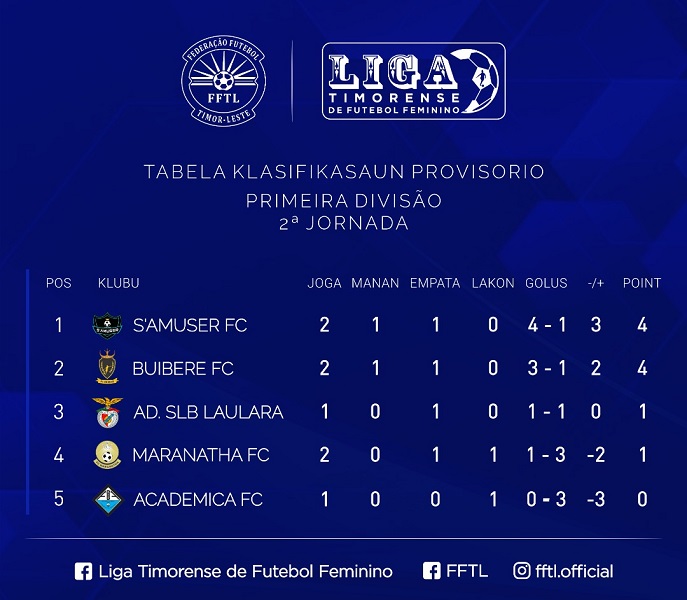