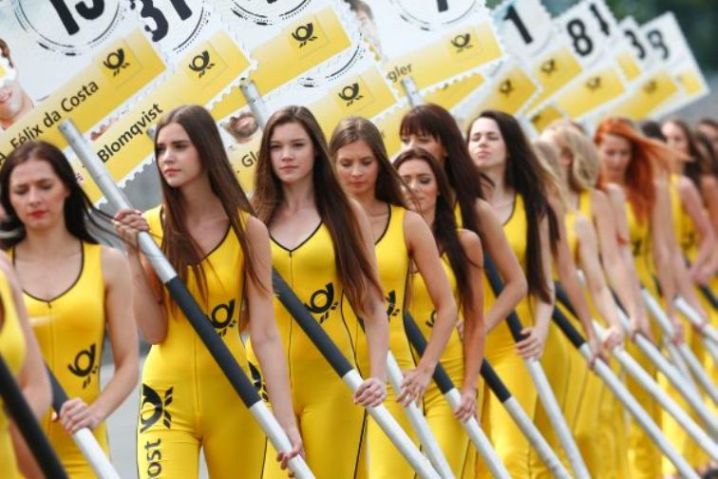 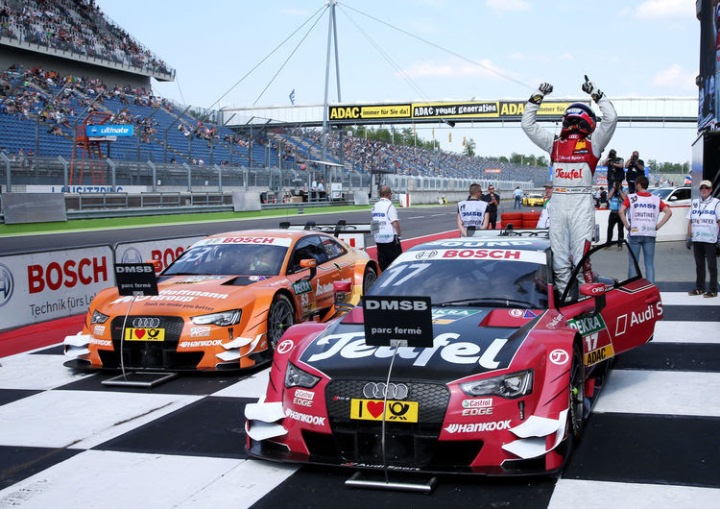 Audi is strongest brand with five cars in the points

Miguel Molina and Jamie Green presented Audi with a one-two finish in the first race on Saturday at the Motorsport Festival at the Lausitzring. Audi was the strongest brand overall with five cars finishing in the points.

Miguel Molina had to wait 67 races for his first DTM victory. For his second triumph, the Catalan from Audi Sport Team Abt Sportsline needed only seven attempts. With a large group of guests looking on from his partner Teufel, Molina prevailed in an Audi internal duel against last year’s victor Jamie Green (Audi Sport Team Rosberg).

For the innumerable DTM fans at the Lausitzring it was a classic case of déjà vu: Molina’s Teufel Audi RS 5 DTM and Green’s Hoffmann Group Audi RS 5 DTM occupied exactly the same places on the front row as they did a year ago. At that time, Molina held the lead for 24 laps before dropping down to fourth place.

“This time I’m not going to let victory slip through my fingers,” remarked Molina before backing up his words. He dropped behind Jamie Green at the start, before the Audi driver made a clean overtaking maneuver entering Turn 1 to retake the lead on lap eight. Afterwards, he increased his lead to around 2.5 seconds before crossing the finish line in convincing style as winner.

“We are very competitive here at the Lausitzring, my car was just as quick in the race as it was in qualifying,” said Molina. “My second victory in the DTM feels just as good as my first at the Nürburgring. It’s absolutely fantastic to win in such a close championship as the DTM. I hope that I can score a lot of points again tomorrow.”

Jamie Green could not quite match the speed of Miguel Molina in the race, but kept the Mercedes-Benz from Robert Wickens in check throughout the race. With his second consecutive podium finish, last year’s Lausitzring double winner scored important points.

With Mattias Ekström in the Red Bull Audi RS 5 DTM in sixth place, Edoardo Mortara in the Castrol EDGE Audi RS 5 DTM in eighth and Nico Müller in the Playboy Audi RS 5 DTM in tenth position, Audi Sport Team Abt Sportsline brought all four cars home in the points as it had in the season opener at Hockenheim.

Ekström started from seventh on the grid and overtook Lucas Auer’s Mercedes-Benz eight laps before the checkered flag. Despite brushing the wall lightly, Edoardo Mortara fought from 14th on the grid to eighth and thus maintains second position in the standings. In the manufacturers’ classification, Audi scored the most points on Saturday and in doing so made huge inroads into BMW’s lead.

“This is a great result for Audi,” said Dieter Gass, Head of DTM at Audi Sport. “After the first two events didn’t go quite so well for us, we can well use this one-two and the points. Five cars in the points is an excellent performance.”