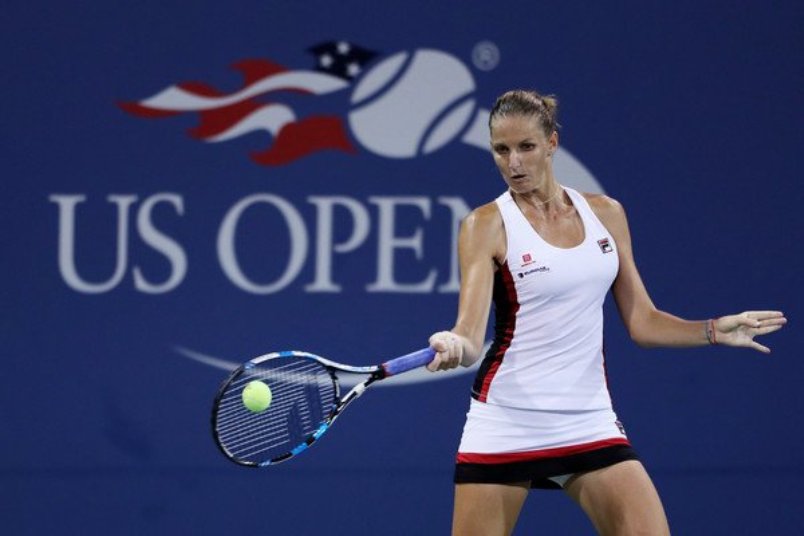 The win for Czech 10th seed Pliskova meant the 34-year-old American was deposed as the world’s top player, losing her chance to stay at the peak for a record 187 weeks.

In Saturday’s championship match, Pliskova will tackle second seed Kerber who marked her coronation as the new world number one with a 6-4, 6-3 victory over two-time runner-up Caroline Wozniacki.

It will be Pliskova’s first appearance in a Grand Slam final while Australian Open champion Kerber will be in her third of the year having finished runner-up to Williams at Wimbledon.

Williams, who also lost in the semi-finals last year which ended her bid to claim a rare calendar Slam, said she had been suffering from a knee injury in the run-up to the semi-final.

“When you’re hampered you’re thinking of other things,” said the American, a six-time US Open champion.

“Like I was making errors that I never make, and definitely I didn’t make in this tournament in particular.

“So many simple, simple shots that I easily could have made. I just blame that on just mentally thinking about my leg and just not thinking about the shot.”

Pliskova, the first Czech woman in the US Open final since Helena Sukova in 1993, said she had not noticed that her opponent was carrying an injury.

The 24-year-old preferred to focus on finally making a Slam championship match after never making it past the third round of a major in 17 prior attempts.

“I knew I had the chance to beat anyone if I played my game. I am excited to be in the final and to beat Serena as she is such a great champion,” said the 6pht 1in (1.86m) Czech who had also beaten Venus Williams in the fourth round.

“Even when she was down a set and break she was still fighting. I had to fight hard to win.”

Despite the injury, Williams admitted Pliskova earned her victory.

“Karolina played great today. I think if she had played any less then maybe I would have had a chance,” said Williams.

Kerber, the 28-year-old left-hander, is the first German woman to reach the final since Steffi Graf in 1996. Graf is also the only other German woman to achieve the top ranking.

“It’s incredible to be in the final and to be the world number one, it’s a great day,” said Kerber, who has made the final without dropping a set.

“To be the number one in the world, that was always a dream for me. I was trying not to think about it too much the last few weeks.”

The German leads Pliskova 4-3 in their head to heads, but the Czech won their most recent meeting in the Cincinnati final last month.

Wozniacki, down at 74 in the world after missing almost three months of the season with an ankle injury, had refused on the eve of her fifth semi-final in New York to dampen speculation that she was on the brink of announcing her retirement.

But she certainly appeared to have her mind elsewhere throughout the match.

“I’m a little disappointed not to win today, but at the end of the day it’s been a good tournament, something I can be proud of,” said the Danish player.

“I came into this tournament ranked 74 in the world and probably people ruled me out, but it’s nice to prove people wrong once again.”

At least she has the consolation of knowing her surprise run to a fifth semi-final in the city where she keeps a second home will translate to a place back in the world top 30. – Agence France-Presse