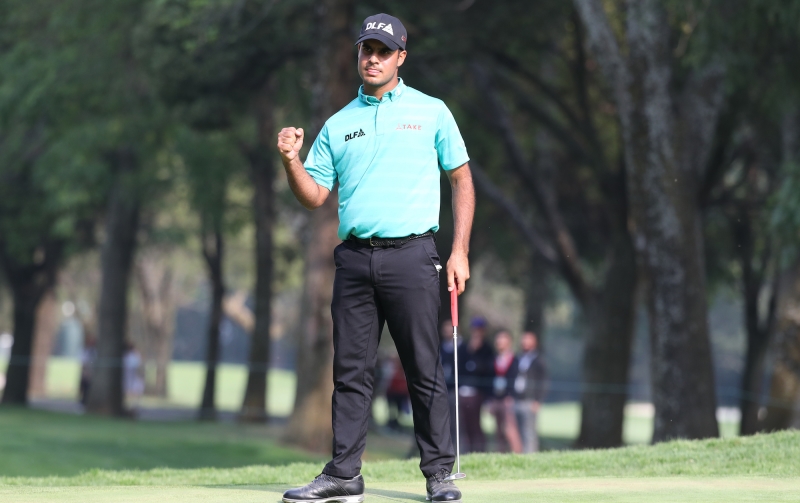 The 21-year-old rising star, who was tied ninth at the World Golf Championships-Mexico Championship after leading on day two and three earlier this month, will also face American Xander Schauffele, the 2017 PGA TOUR Rookie of the Year, and South Africa’s Dylan Frittelli in Group 7 of the preliminary stage at Austin Country Club.

“I think it’s a great group. I’ve played with Xander before and I know Dylan well, it’ll be a great group with Sergio there as well. I’ll have to play my best and make as many birdies as possible,” said Sharma.

While the Indian prospect will be making his debut at the WGC-Dell Technology Match Play which is exclusive to the leading 64 players in the world, he will be able to lean on some match play experience following his triumph at the All Indian Amateur in 2013.

“I love match play. The last time I played (that format) was 2013 when I played my last event as an amateur, and I ended winning the event. So I absolutely love match play as it’s a lot of fun and you go for a few shots which you don’t normally do in stroke play events.

“You just have to be as aggressive as possible which is the best part about match play,” said Sharma, who won two Asian Tour and European Tour co-sanctioned tournaments in South Africa and Malaysia recently.

In-form Thai, Kiradech Aphibarnrat was in upbeat mood after being drawn into Group 3 alongside World No. 3 Jon Rahm of Spain and American duo Chez Reavie and Keegan Bradley.

After Monday night’s draw, he said: “My last two wins were match play events so I’m not worried. Match play is fun and it’s all about making birdies. It fits my aggressive style of play and I’m always willing to go for my drives or to shoot for the flags, even in stroke play events.”

Last month, the big-hitting Thai claimed his fourth European Tour victory at the ISPS HANDA World Super 6 Perth, where the final day used a six-hole match play elimination format. He also won the Paul Lawrie Matchplay in 2015 while in 2016, Kiradech defeated Robert Streb and Jimmy Walker in the WGC-Dell Technologies Match Play but lost to Dustin Johnson to bow out of the group stage.

China’s Haotong Li, who is making his debut in Austin this week, was drawn into Group 4 alongside Jordan Spieth, Patrick Reed and Charl Schwartzel while Japanese star Hideki Matsuyama is in Group 5 with countryman Yusaku Miyazato, Cameron Smith and Patrick Cantlay. Li faces Reed in his first match on Wednesday.

The winners of each group will proceed into the knock-out phase to be played over the weekend.