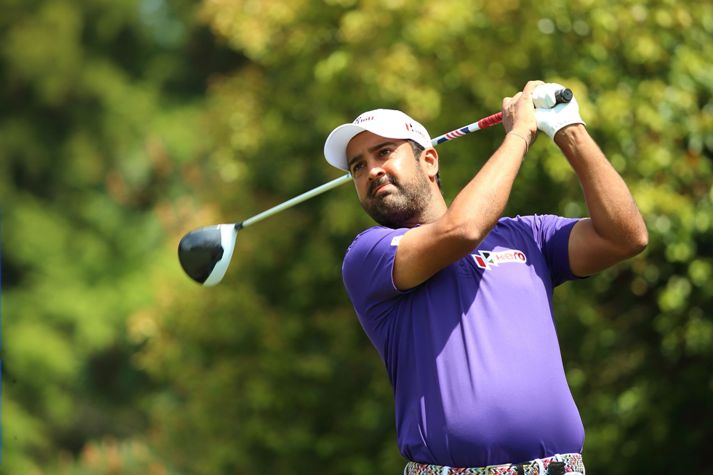 Shiv Kapur of India will be looking for a hat-trick of wins in 2017 at the Royal Cup, which will be contested at the Phoenix Gold Golf and Country Club from December 28 to 31.

Kapur will be teeing up at the special event, which features no cut, a 78-man field and a prize purse of US$500,000. The Royal Cup will be the last tournament in 2017 and the winner will earn exemption status on the Asian Tour in 2018.

Kapur was triumphant at the Yeangder Heritage in Chinese Taipei, where he closed with a stupendous eight-under-par 64 to win by two shots.

Later in the year, in November, he won the Panasonic Open India and in the process, fulfilled his lifelong dream of winning a tournament at his home club, the Delhi Golf Club.

Wang Wei-lun of Chinese Taipei, who has recently earned exemption on the Asian Tour by virtue of his fourth-place finish on the Asian Development Tour Order of Merit, will also be vying for the Royal Cup.

The birth of my daughter this year has changed my life. It gave me a perspective in life. When you’re an athlete, you want to win, but that has changed for me when a child comes into the picture. You head home after a bad day, she smiles at you and it makes up for everything. Being a parent makes you realize what’s really important in life. There’s certainly more to life than golf.

My family is here this week, so we’re taking the chance to come to Thailand for a family holiday. When the tournament was announced, it was a no brainer. Hopefully, the golf will keep a smile on my face, too.

I like the set up of the course. It’s playing a bit different compared to last year, but I love the layout and I’m looking forward to the start of the tournament. It’s a little different this week as everyone’s relaxed and it’s the last week of the year. But everyone will be looking to win and I’m hoping to put myself in contention comeSunday.

I played here once and finished top 20, which wasn’t too bad. I’m proud and honoured to be part of this tournament. All the Thai players would love to be involved in this tournament and win it, but it’s not going to be easy because of the calibre of the field and the set up of the golf course.

As for my approach, I’m planning to take it easy and don’t think too much about what’s going on. I will try my best to win the tournament.

Lastly, happy new year to all our fans in Thailand!

I have never played here before, so it’ll be a new experience for me. Let’s see what happens in four rounds. There are some great Thai players here and I’m looking forward to the challenge.

I haven’t played much since Jakarta (at the Indonesian Masters) and I have just played a little bit of golf in Australia last week. So, I’m taking a rather laid-back approach to the tournament. If I make birdies, I make birdies. If I don’t, then so be it. I’ll just try to have a nice time for the last tournament of the year.

It feels good to be back here. My first Asian Tour win happened here (the 2016 King’s Cup presented by PTT group) and of course, I’m very happy to be back on the same golf course. As the tournament features no cut, the entire atmosphere seems rather relaxed, which probably contributed to my upbeat mood.

I love Thailand. I have many good Thai friends on Tour such as Phachara (Khongwatmai) and Prom (Meesawat). I find Thailand very familiar and I feel right at home here.

Apart from getting into the top-five of the ADT Order of Merit, I’ve also won the PGA of Taiwan Order of Merit. So, 2017 has been very fulfilling so far. I’m quite happy, as I’ve achieved my targets for this year.

However, I feel that I still have plenty to learn and playing on the ADT and the Asian Tour next year allows me to do just that.

About the Royal Cup, I received news of my participation just last week. So, it was a pleasant surprise and I’m happy to be here. I think it’s a great opportunity for me to see the players I’ll be playing against next year.