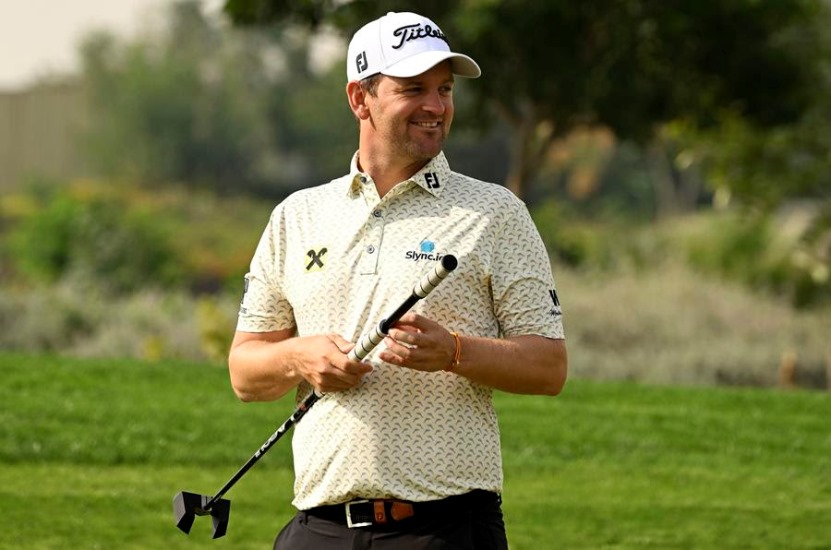 The Austrian is a two-time winner on the Asian Tour – he won the Ballantine’s Championship in Korea in 2012, and the following year the Indonesian Masters – and is making his first appearance on the Tour since 2019.

He has been playing the LIV Golf Series this year but is thrilled to be able to return to one of his old hunting grounds.

He said: “It is great to be back on the Asian Tour and with the new International Series. It’s been a while since I won here. I am building in a couple of Asian Tour events to my schedule, and I am really looking forward to starting.”

Surprisingly, it is not his first time playing in Egypt as he competed in a European Challenge Tour event here in 2010.

“I remember we had a great time back then and I think it’s now very beneficial for the Asian Tour to go more international,” said the 37 year old.

“In the past they had an alignment with the European Tour and there were tournaments outside Asia but now with the latest developments in the world of golf there is an opportunity to upgrade certain events to the International Series and find new destinations to take the tour to.

“I think it is great to explore these options outside Asia and in Africa. It makes total sense to come here. Judging by the number of courses here there is definitely a demand for professional tournaments. It is a great start to help build a healthy future in the world of golf. It is very good to see the Asian Tour breaking new ground here and progressing.”

This week marks the first time the Asian Tour has staged an event in Egypt, a country that boasts close to 80 golf courses.

Said Wiesberger: “I didn’t know there a nearly 80 golf courses in Egypt and it has probably been overlooked for too long and it’s nice to be adding new destinations not only to my calendar but in general for professional golf. The Tour is planting the seed this week, it’s nice to be part of it.”

He only arrived on Tuesday evening, so today’s Pro Am was his first opportunity to play the course

“The course is in brilliant condition. Even though the fairways are quite wide you want to make sure you get into position as the greens are quite firm, so it’s tough to stop the ball,” he said.

“There are options off the tees to be more aggressive at some point. Some you have to be more tactical. It’s a good mix. Lots of par threes, six out there, which is quite uncommon, but you have a good variety of designs. Definitely a fun design for everyone this week.”

He has been paired in the opening two rounds with Thailand’s Sadom Kaewkanjana and Canadian Richard T. Lee.