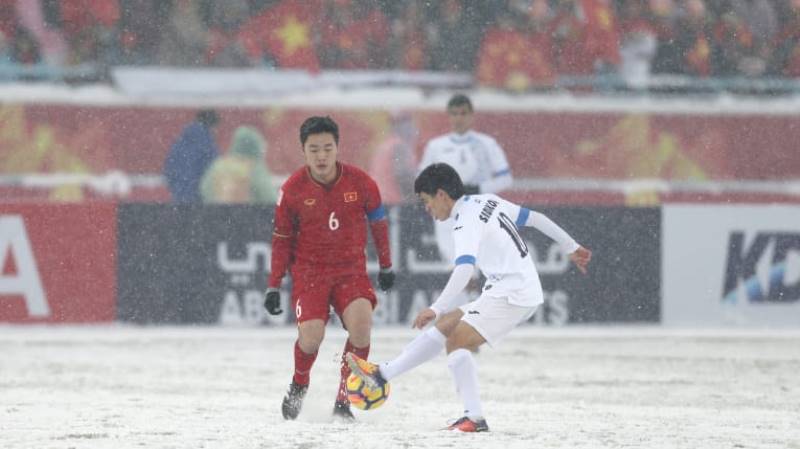 A late strike from substitute Andrey Sidorov in the final minute of extra-time gave Uzbekistan a 2-1 win over Vietnam for them to lift the AFC U23 Championship China 2018 title.

In decidedly wintry conditions at the Changzhou Olympic Sports Center, it was Uzbekistan who controlled the early proceedings, and they duly took the lead on eight minutes when a poorly marked Rustamjon Ashurmatov headed home Dontonbel Khamdamov’s outswinging corner.

Vietnam drew level on the stroke of half-time. Nguyen Cong Phuong was brought down on the edge of the area, and from the resulting free-kick Quang Hai superbly curled the ball past the despairing dive of Botirali Ergashev to register his fifth goal of the tournament.

In extra time, Sidorov then slammed in Khamdamov corner with his first touch of the game for the win.