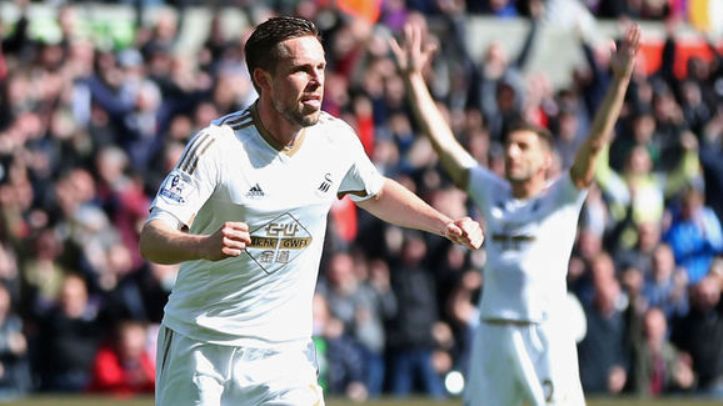 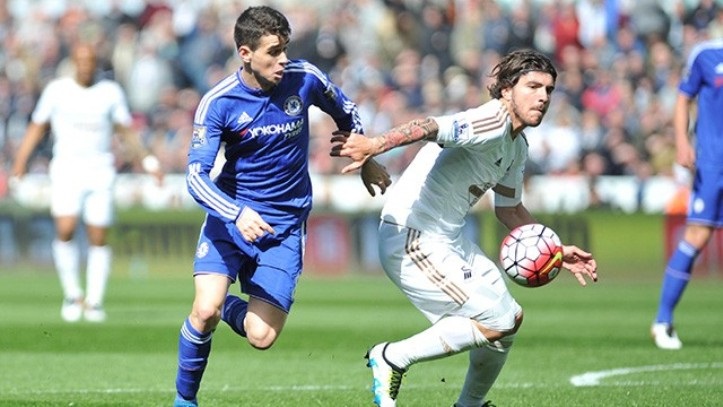 Iceland midfielder Sigurdsson struck in the 25th minute to earn Swansea a victory that should ensure they avoid relegation, while Chelsea were left pointless for the first time since a 2-1 loss at Leicester on December 14 signalled the end of the Jose Mourinho era.

Swansea might not be mathematically safe, but after a mid-season wobble, they are odds on to retain their top-flight status after a strong run under head coach Francesco Guidolin.

For Hiddink’s men, losing for the first time in the Dutchman’s second spell as caretaker boss left them marooned in mid-table obscurity at the end of a week in which the troubled club confirmed Italy coach Antonio Conte will take over as manager after Euro 2016.

Swansea’s Jefferson Montero cause problems on the left right from the start and it took a last gasp tackle from Branislav Ivanovic to prevent the Ecuadorian from leaving an early mark.

Chelsea did enjoy one or two moments of promise but Swansea were equal to that with captain Ashley Williams a tower of strength at the heart of the back four.

At the other end, Swansea had two genuine chances to break the deadlock.

Montero whipped in a cross that was too high for Alberto Paloschi and Ayew and moments later, Ayew was denied by another Ivanovic tackle.

Having fallen out of favour earlier on this season, Montero was proving himself to be Swansea’s most lethal weapon.

And it was fitting that he should have a major say in the game’s opening goal.

Montero cleverly worked space for a cross and Matt Miazga’s weak clearing header fell to Sigurdsson, who found the net from 15 yards.

Chelsea should still have been level at the interval, yet with the last kick of the half Alexandro Pato scuffed his shot wide from close-range.

Ruben Loftus-Cheek almost made Williams pay for an error two minutes into the second half.

When the Swansea captain was caught in possession, the young Chelsea midfielder advanced before seeing his goal-bound shot deflected wide for a corner.

With Kenedy having replaced the out of sorts Miazga at the interval, Chelsea looked a more compact unit at the back.

It provided a platform on which Cesc Fabregas and Jon Obi Mikel began to dictate the pace.

Pato had a goal disallowed, correctly, for handling the ball outside the box, while at the opposite end, a better touch from Paloschi would surely have led to a second for Swansea.

With Chelsea having stepped up their endeavour, the game was significantly more open and when Pedro picked out Pato, the striker’s deft touch saw the ball shave the far post.

Swansea were not to be outdone or, for that matter, outplayed.

When Chelsea failed to clear their lines, Jack Cork’s 25-yard strike was beaten away by Begovic.

As hard as Chelsea tried, the equaliser never looked like coming.

In fact the visitors were fortunate to survive with 15 minutes remaining.

Montero, faced with an open goal, leapt to convert a cross, but somehow put his header a yard over the top.