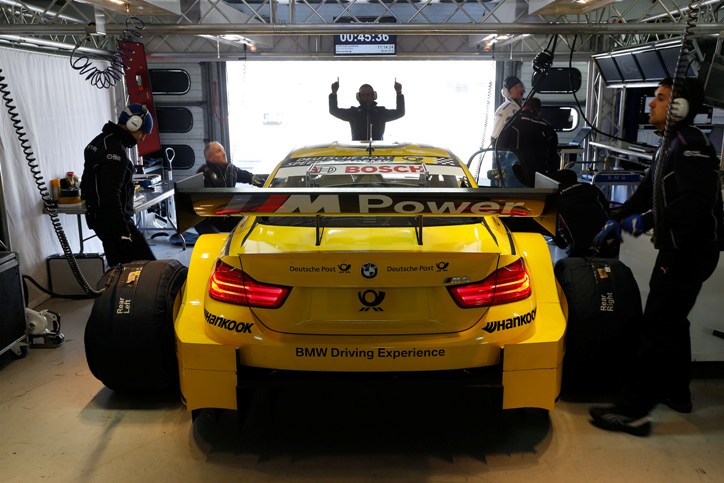 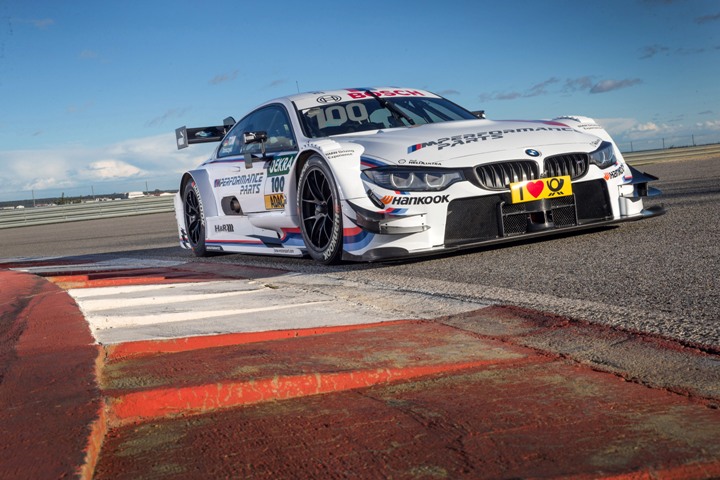 The countdown is on to the start of the 2016 DTM season: a good four weeks before the opening race at the Hockenheimring (DE), BMW Motorsport completed a four-day test at the same venue. The eight BMW DTM drivers and four BMW teams were all in action between Tuesday and Friday, as they gauged their progress compared to that of the opposition for the final time before the season-opener on 7th May.

The fastest BMW driver over the course of the four days of testing was Tom Blomqvist (GB) of BMW Team RBM. The “Rookie of the Year 2015” was the fastest man out on the track on Wednesday, clocking a time of 1:33.214 minutes to top the overall standings. The fastest lap in Hockenheim was set on Thursday by Audi driver Mattias Ekström (SE), who recorded a time of 1:32.964 minutes.

Timo Glock (DE) had a worrying moment on Tuesday morning: he lost control of his car coming out of the first corner and subsequently hit the crash barriers. After a routine examination in hospital, Glock returned to the circuit on the same day and was able to resume his test programme on Friday.

The extensive preparations for this year’s 18 races drew to a close with the official DTM Media Day, at which several changes to the regulations for 2016 were introduced. The goal of these changes is to put more emphasis on the drivers’ performances in the DTM.

They are the result of a joint coordination process involving engineers from all of the manufacturers, the ITR and the DMSB. In the future, the allocation of performance weight will be determined in qualifying, meaning it is based on the actual top performance of the car – and no longer the drivers’ race results.

The use of DRS (Drag Reduction System) will be more restricted, allowing the drivers to use the system more strategically in 2016 and meaning that they must make more efficient use of their possible applications.

Furthermore, the BMW M4 DTM will be 7.5 kilograms lighter than last year and will take to the track with a rear wing that is 50 millimetres wider. The minimum weight remains at 1,120 kg for Audi and Mercedes – as it was last season – while BMW will take part in the first qualifying of the season with a car weighing a minimum 1,112.5 kg. 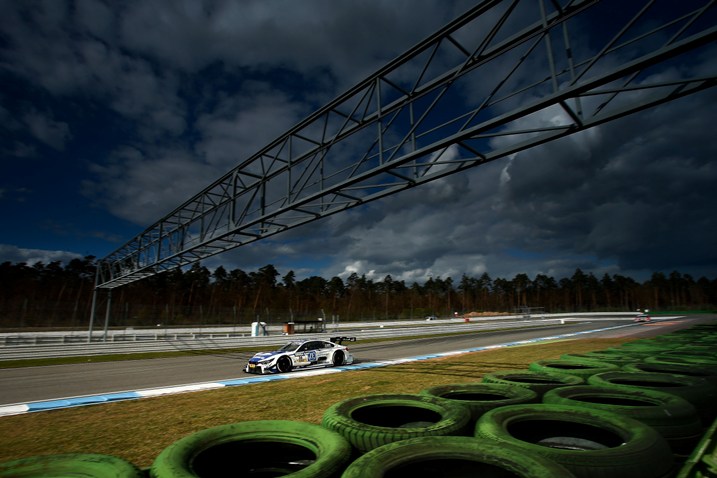 Quotes from the DTM test in Hockenheim.

“In a year that marks the centenary of the BMW Group and the BMW brand, we obviously have a very special DTM season ahead of us in 2016. With eight proven BMW drivers, four experienced teams and the BMW M4 DTM in its third year, we are out to put on another good show for the fans in Germany and throughout Europe in 2016. The DTM has one main goal: the fans should enjoy exciting, evenly matched races. We – the three manufacturers, the ITR and the DMSB – are all providing for this with the latest decisions. The changes for 2016 underline the unique approach of the DTM, which places the focus solely on the drivers. Each driver will have the opportunity to challenge for race wins – and the best driver will win the title in the end. It is precisely this equal opportunity and the strength of the field in the DTM that will once again make the series so special in 2016.”

Marco Wittmann (BMW Team RMG):
“On the whole I am very happy with the test. We were able to test in dry conditions and on a wet track, which meant we were able to try out a lot of things. They were certainly very productive days. The important thing now is to analyse the data and to draw the right conclusions before the start of the season. At a test it is always hard to judge just how good the opposition and your own performance are. This secret will only be revealed in the first qualifying session.”

“It was obviously frustrating to lose half a day due to the crash. However, my mechanics deserve a lot of praise, as they worked incredibly hard to get the car back out on the track. That allowed Marco Wittmann to get through his test programme without any problems. Generally speaking, it is a great feeling to get back in the car. We still had one day with good weather conditions. I now hope we are well prepared for the start of the season.”

“It was nice to be back here in Hockenheim and to test in different conditions. After all, you never know what awaits you on the race weekend. All in all it was a positive test. It goes without saying that you can never tell exactly how good you are compared to the opposition. On the whole, however, I am definitely happy with the test days. The anticipation is now rising ahead of the first race.”

Augusto Farfus (BMW Team MTEK):
“The last four days were a superb opportunity for me to bond with BMW Team MTEK. We got to know each other better and worked really hard. I am happy with the result. Our car made a good impression. I will go into the first race weekend of 2016 determined to do well.”

Martin Tomczyk (BMW Team Schnitzer):
“Unfortunately my two days of testing were precisely the two days on which the weather was poor. A lot of what we found out here will be useful for the season. That gives me cause to be positive about the first race. If we can put the latest findings into practice, we should be in a good position going into the new season.”

António Félix da Costa (BMW Team Schnitzer):
“The test went very well. I have a new race engineer this year, and it was good to get used to working together. We will now try to use the experience gained here to improve our overall package. Then it is time for the first race of the year at the start of May. Every one of us is really looking forward to it.”

Maxime Martin (BMW Team RBM):
“It was great to be back behind the wheel here in Hockenheim. The test went well. However, I am not entirely happy with my results, as the weather was not ideal. At least we were able to complete all the testing we had planned. Now it is time for the first race.”

Tom Blomqvist (BMW Team RBM):
“The test was quite good. I was lucky with the weather, and got to drive in dry conditions. That allowed us to complete our programme. It is a long time since the last race. Therefore, I really cannot wait to finally go racing again in a few weeks.”