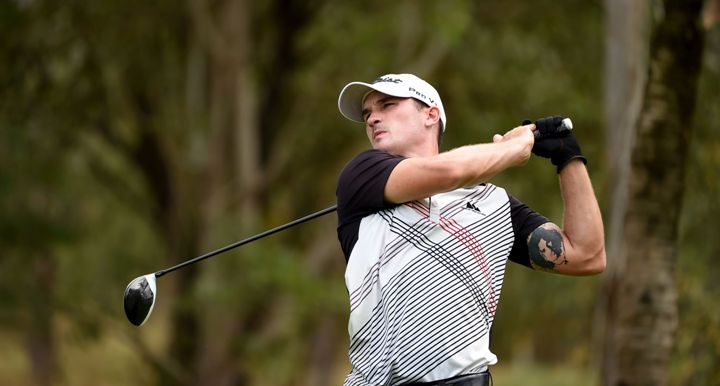 Sweden’s Malcolm Kokocinski rode on a hot putter to snatch the opening round lead with a sizzling seven-under-par 64 at the PGM LADA Langkawi Championship on Wednesday.

The 24-year-old Swede capped a bogey-free round highlighted by five birdies and an eagle on par-five 15 where he rammed in a sensational 65-footer to grab a one-shot lead at the Gunung Raya Golf Resorts.

Asian Development Tour (ADT) Order of Merit leader Itthipat Buranatanyarat of Thailand sits in tied-19 position after carding a 69 while defending champion Wilson Choo of Malaysia took a share of 49th place with a 72.

Kokocinski, who secured his 2016 Asian Tour card after finishing inside top-40 at the Qualifying School earlier in January, negotiated around the course with only 26 putts to secure his place atop the leaderboard.

“I played solid today. I was just consistent out there and I managed to hit it close to the pin to give myself some good opportunities for birdies. I took advantage of the par-fives and I putted really well,” said Kokocinski, who is chasing for a breakthrough ADT victory.

“I’ve been practicing a lot before coming here. It got quite windy on my back nine but I hung in there. I am happy with how I played today,” added the Swede.

Gandranata, who just celebrated his 30th birthday yesterday, also took advantage of his hot putter and his sharp iron-play to stay close to the lead.

“I putted really well and I played my short irons pretty good. I hit about 14 greens and I sank some crucial putts to save pars coming back. I am happy to be in a good position but it’s still early. I will just keep grinding and try to enjoy myself out there,” said Gandranata.

In-form Shaaban set out his intent on claiming his first ADT title with yet another solid round on the region’s premier Tour.

The 35-year-old Malaysian started with a birdie on the 10 before soaring with an eagle on 15 where he sank a 50-footer from greenside. He went on to nail four birdies on the first, second, third and sixth holes but stumbled with a closing bogey on nine where he three-putted.

“I had a good round although I didn’t finish well. My putting helped me a lot. My birdies came from within two to three pins length away. I hit the ball good too. I have been playing consistently since winning on my domestic circuit three weeks ago. Hopefully I can keep up the good form for the rest of the week,” said Shaaban.