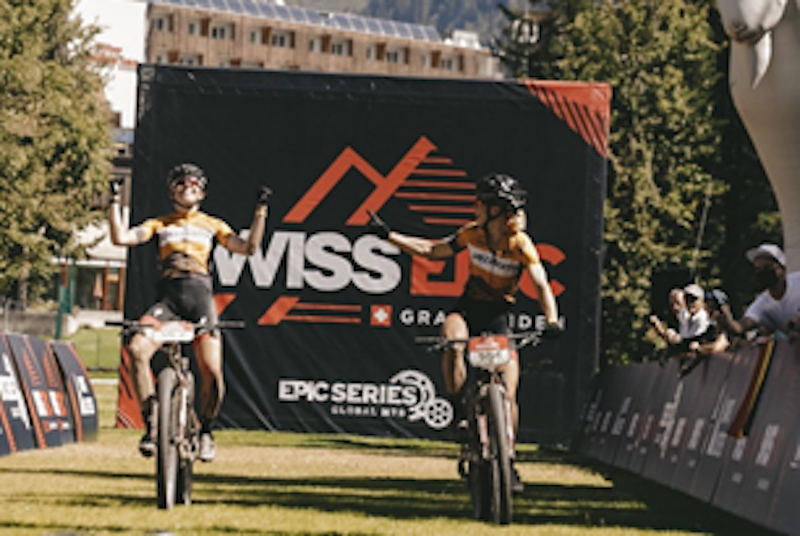 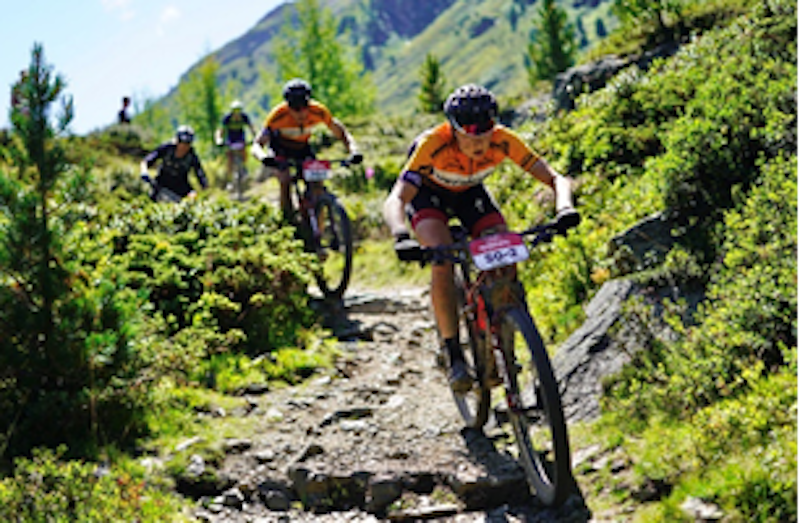 There was no stopping Annika Langvad and Haley Batten on Stage 4 of the Swiss Epic. The Specialized – Racing pair continued their Graubünden dominance with a fourth stage win, in as many days.

Momentum is well and truly on the side of Annika Langvad and Haley Batten. The Specialized – Racing pair secured their fourth, dominant, stage victory of the 2020 Swiss Epic; on Friday, 21 August. Neither the 74-kilometre stage, from Arosa to Davos nor their rivals were able to slow the Danish/American pair’s relentless march to success.

The stage followed a now well-established pattern. Langvad and Batten raced ahead whenever the trails became technical and the only terrain anyone could match them on was the day’s long climb. In the first 13 kilometres, Specialized – Racing had the Centurion Vaude Radon women for company. Stefanie Dohrn and Elisabeth Brandau were unable however to descend at the pace being set by Langvad and Batten, on the Hörnli Trail.

Over the next 15 kilometres, to the base of the climb to the Duranna Pass, the women in the orange Scatta leader jerseys gradually extended their advantage. Then the roads pointed uphill in earnest and Dohrn and Brandau trailed Langvad and Batten by 2 minutes and 20 seconds. Yet, at the summit, 10 kilometres later, the Centurion Vaude Radon women led by 14 seconds.

Those 14 seconds proved a wholly inadequate buffer. Langvad and Batten simply blew passed the German combination, never looking back. Once that happened, another Specialized – Racing stage victory was never in doubt.

“I’m so stoked with how today played out” Batten smiled, on the finish line in Davos. “But I wouldn’t say we dominated the stage at all. It was initially very close and we were conscious that there was a long singletrack at the end of the stage. So, we saved energy for that; to be able to ride it safely. I think we raced smart today and that paid off in the long run.”

Their approach of racing smart certainly paid off as they crossed the line 6 minutes and 48 seconds ahead of their closest rivals, Centurion Vaude Radon. jb Brunex Felt Factory’s Nina Benz and Kim Ames were third on the day; while behind them there was drama for Ariane Lüthi and Alice Pirard.

The Andermatt Spur women had started the day in third overall, but a mechanical issue near the summit of the Duranna Pass very nearly cost them a general classification position. While Lüthi and Pirard ran their bikes up the climb, Linda Indergand and Karla Stepanova forged on. At one stage it looked as if the Maloja Pushbikers would be able to regain a significant chunk of the 3 minutes and 38 seconds which separated them, from Andermatt Spur at the start of the day. That

was not to be, however, as Lüthi and Pirard stormed back, in the final kilometres, reducing the time they gave up, to Indergand and Stepanova, to just 8 seconds.

Going into the final stage Specialized – Racing lead by 32 minutes and 32 seconds over Dohrn and Brandau. The advantage Langvad and Batten hold appears insurmountable, in the absence of a race-ending mechanical. Meanwhile, the battle for the final podium place remains captivating, with 3 minutes and 30 seconds separating Andermatt Spur from the Maloja Pushbikers. Further back, Benz and Ames moved up to fifth on the women’s GC with their stellar Stage 4 result.

Stage 5, however, will be a different sort of challenge. The route is packed with downhill singletracks and a significant opening climb, which leads the teams from Davos, at 1 500 metres above sea level, to the highest point of the day, within 8 kilometres. Reaching the summit at 2 321 metres above sea level comes with the reward of a near 20-kilometre-long descent, which includes the Panorama Trail. The stage and the race conclude with the Ischalp Trail, one of singletrack paradise Davos’ best trails.

To follow the action as it unfolds, live from Graubünden, tune in from 08:30 (Central European Summer Time/GMT +2) on Saturday, 22 August.