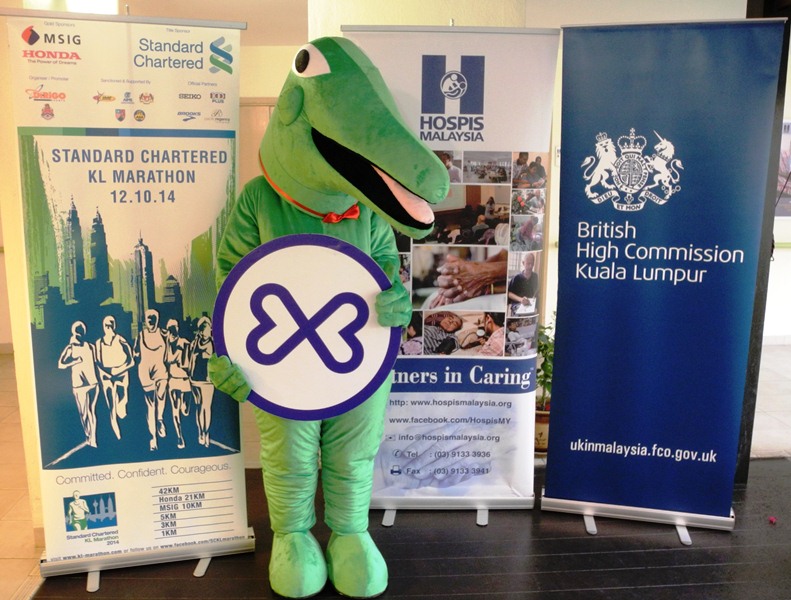 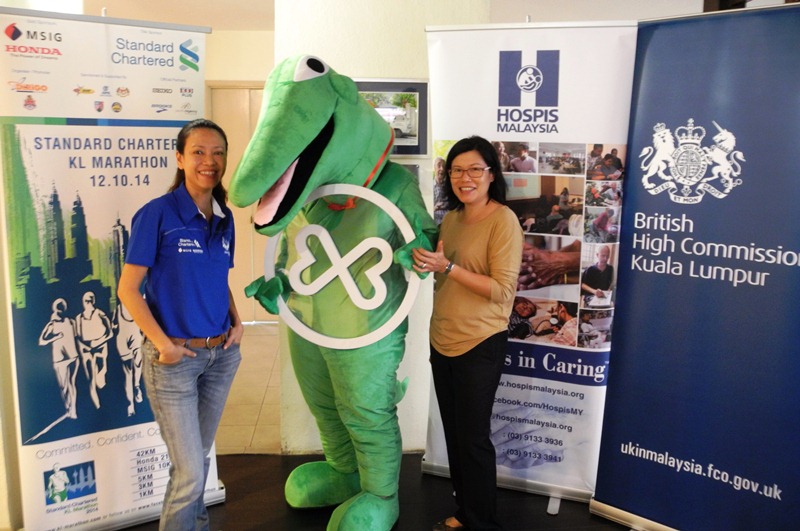 The Standard Chartered KL Marathon 2014 will experience another highlight this year with the presence of ‘Mr Monty’, a fictional character in a children’s book by Gail Featherstone, wife of the former British High Commissioner, the late Simon Featherstone. Donning a 6ft. monitor lizard suit, ‘Mr Monty’ is set to take on the 5km Fun Run category on Race Day, 12th October 2014.

“Over the years, we have witnessed a number of highlights including runners in costumes. It is no easy feat, especially in the Malaysian weather coupled with the weight of the costume! As the Marathon organisers, we applaud the determination and creativity of the runners. These efforts are a good reflection of our tagline this year- Committed. Confident. Courageous.”

“Furthermore, giving back to society has always been our cause under the Run For A Reason programme. This is the second consecutive year we have Hospis Malaysia as our charity partner and we truly appreciate the organisation’s proactivity in making the Marathon more meaningful.”

“We are indeed thankful for the contributions by Standard Chartered KL Marathon and the British High Commission. Through their efforts, we are confident that more awareness can be focused on palliative care,” said Hospis Malaysia General Manager, Tham Su Ming.

Gail Featherstone, author of the book added, “It is good to see that ‘Mr Monty’ is keeping up the fitness campaign which he started by climbing Mount Kinabalu in May with his friends from the British High Commission. I wish him all the best for this latest challenge and his ongoing efforts to publicise the work of hospice care in general and children’s palliative care in particular. Go ‘Mr Monty’!”