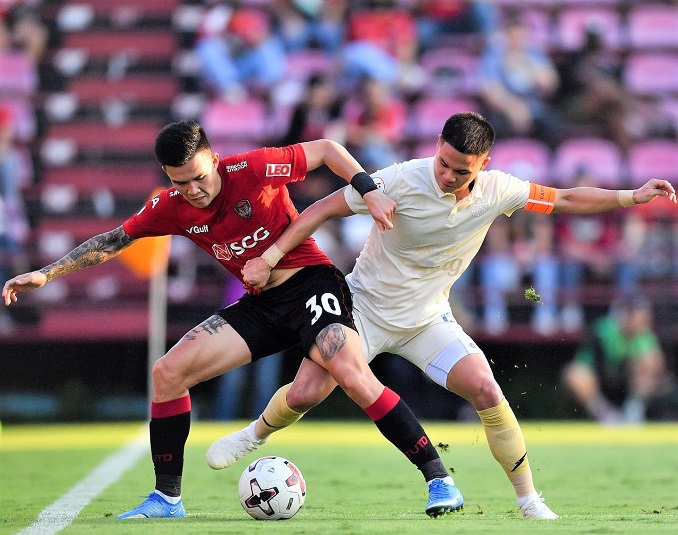 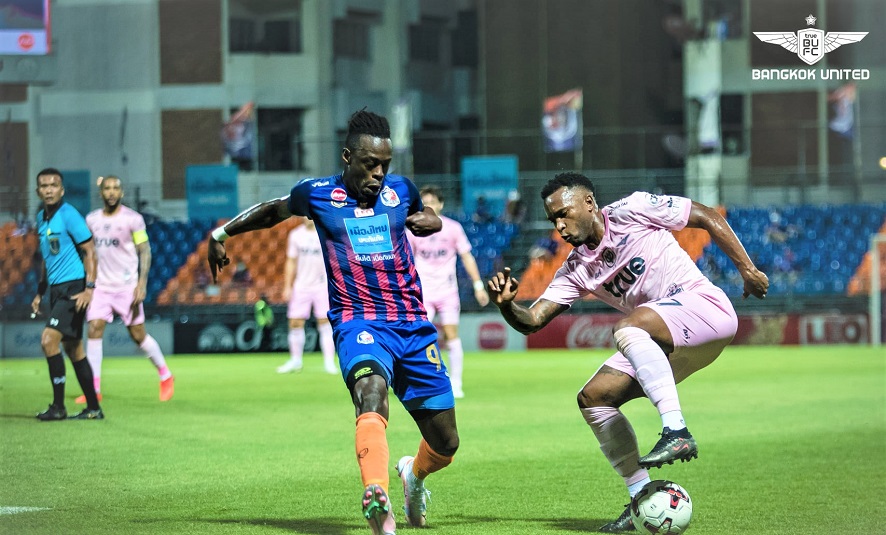 The battle for the second spot in 2020/21 Toyota Thai League 1 went up a notch on the weekend as both Buriram United and Port FC maintained the status quo as they head into the final five games of the season.

On Saturday, second-placed Buriram were held to a 2-2 draw away to Muang Thong United while Port were held by the same scoreline yesterday at home to Bangkok United.

Following a first-half deadlock, it was Buriram who went ahead just two minutes after the restart through Maicon as Muang Thong then replied off Korrawit Tasa in the 57th minute.

It was Buriram, who grabbed the lead again in the 71st with a Piyaphon Phanichakul’s effort. But Muang Thong managed to steal the one point off Suporn Peenagatapho (79th).

On the other hand, Port were denied the full three points when a Heberty penalty ten minutes to the end saw them having to share the spoils 2-2 with Bangkok United.

Yannick Boli’s goal just before the break had given Port the lead but Everton equalised for Bangkok United seven minutes after the restart to put things back on level terms.

And while Port may have thought that they had the game in the bag following Sergio Suarez’s 69th minute penalty, came the equaliser from Heberty for both teams to share the points.

After the 25th matchday and with leaders BG Pathum already confirmed as the league champions, Buriram and Port remained on second and third respectively with 48 points each. 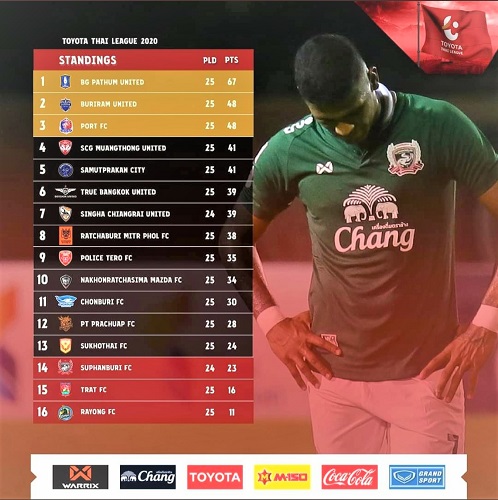