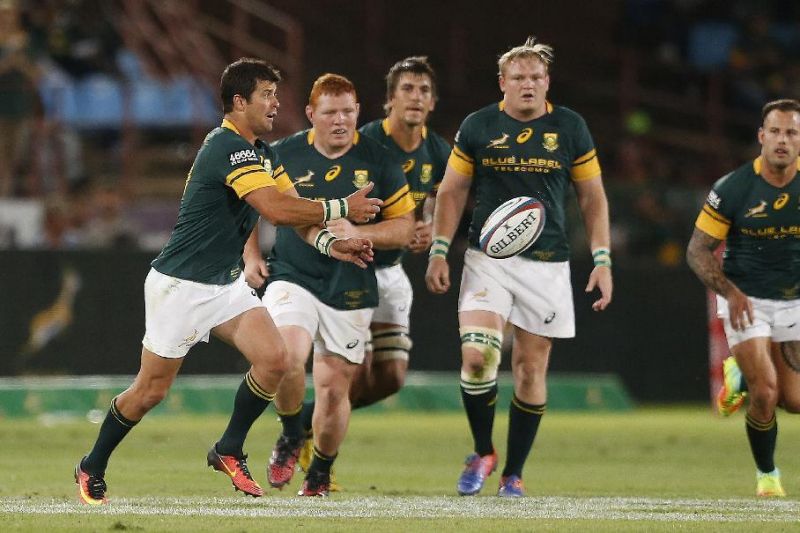 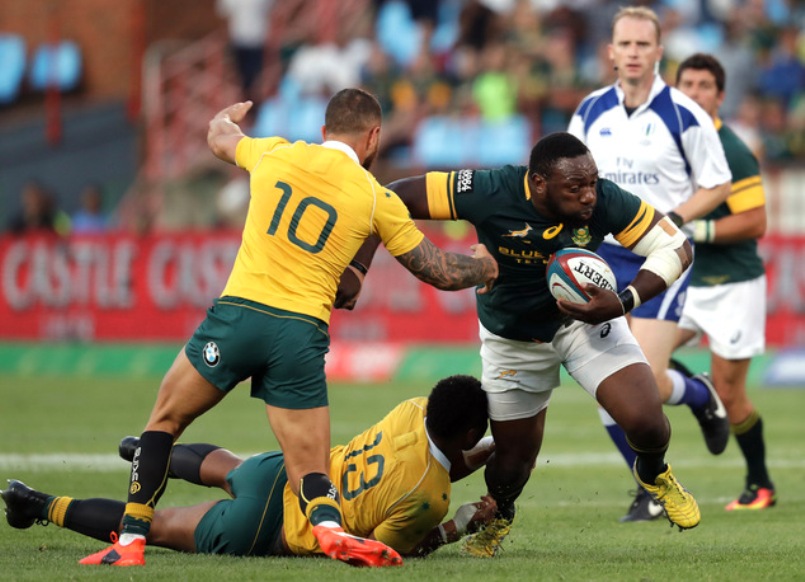 Recalled fly-half Morne Steyn kicked all the points for South Africa in an 18-10 Rugby Championship victory over Australia in Pretoria on Saturday.

Victory for the Springboks, who led 12-10 at half-time, snapped a three-match losing streak in a competition already won by New Zealand.

Steyn, starting in place of struggling Elton Jantjies, kicked four penalties and two drop goals as South Africa rose to second on the standings with one round remaining.

By raising his overall penalty total for the Springboks to 149, Steyn moved one ahead of long-time record-holder Percy Montgomery.

Australia have lost all seven Tests at Loftus Versfeld stadium and the latest defeat will be particularly bitter given the amount of second-half possession they enjoyed.

“It is good to win, especially at Loftus,” said Springboks skipper and hooker Adriaan Strauss after his team ground out a victory at the stadium where he plays for Super Rugby outfit Northern Bulls.

“Thanks to the Aussies for a very tough game — just as tough as it was in Brisbane when they won.

“Our defence was a lot better — the guys were resilient and I’m very proud of them.”

Australia skipper and hooker Stephen Moore said: “We had plenty of chances and it was a bit disappointing not to score in the second half.

“We just could not hold onto the ball at vital moments so we cannot offer any excuses.”

A near-50,000 crowd at one of the Springbok strongholds witnessed a rare occurence after only four minutes as Steyn slotted a drop goal to open the scoring.

It was the first drop goal of the Rugby Championship this season after 644 minutes of tries, conversions and penalties. 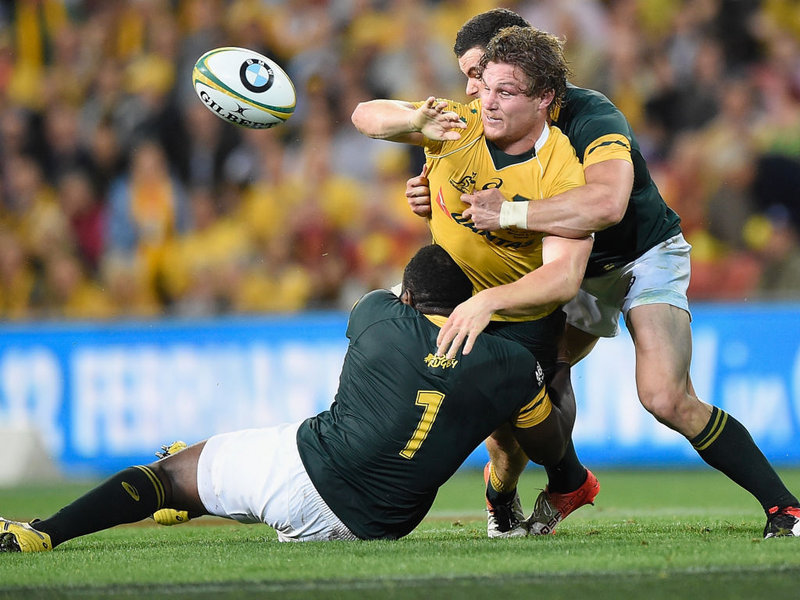 Australia were soon on the front foot in perfect southern hemisphere spring conditions and levelled on eight minutes when centre Bernard Foley kicked a cloes-range penalty.

After a further six minutes of largely Wallabies pressure, the visitors scored the only try of the opening half through prop Scott Sio to build a 10-3 advantage.

It was a special moment for the 23-cap loosehead front row forward as he scored his first Test try, which stemmed from South Africa winger Bryan Habana failing to find touch with a clearance kick.

Australia patiently went through the phases before Sio dived over under the posts after taking a pass from fellow prop Sekope Kepu.

Steyn narrowed the gap to four points with his first penalty of the match, the kick going over off a post to the relief of the veteran playmaker.

A turnover virtually on their try-line got the Springboks out of jail before the first half swung in favour of the hosts when Wallabies full-back Israel Folau was sin-binned on 34 minutes.

Folau blocked 2007 World Rugby Player of the Year Habana as he pursued his own kick ahead and English referee Wayne Barnes did not hesitate to raise the yellow card.

Steyn kicked the resultant penalty, and another one minute into additional first-half time to leave South Africa 12-10 ahead at half-time.

Hodge, who replaced Foley for long-range shots at goal, missed two kickable penalty attempts in the opening 12 minutes of the second half as the visitors pressed.

South Africa chose only two backs among eight replacements and when scrum-half Rudy Paige was concussed just before the hour mark, he had to be replaced by loose forward Willem Alberts.

Winger Francois Hougaard took over from Paige and Alberts came into the back row with another loose forward, Jaco Kriel, becoming an emergency winger.

Steyn was well wide with his fourth penalty attempt as the South Africans took a rare breather from relentless Australian pressure.

But the fly-half made two telling late contributions, kicking a penalty and a drop goal. – Agence France-Presse