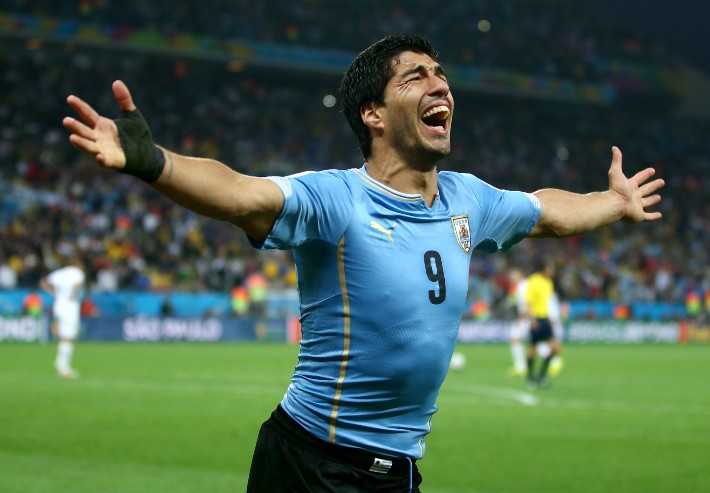 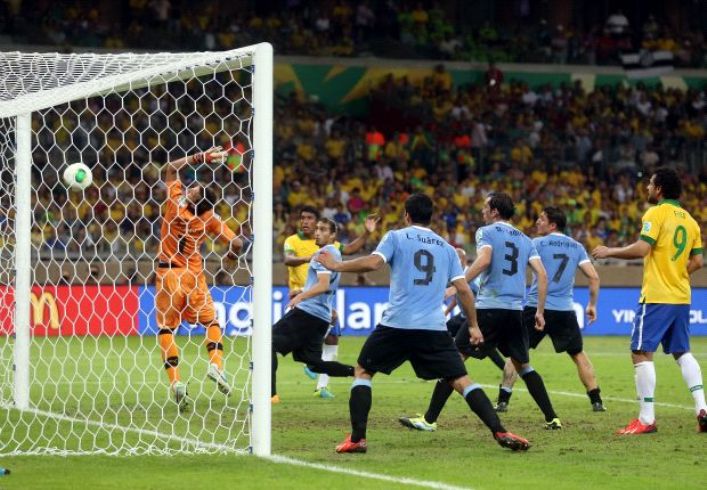 Luis Suarez scored on his return from a worldwide ban for biting as Uruguay fought back from 2-0 down to grab a 2-2 draw with Brazil in a pulsating World Cup qualifying battle here Friday.

Barcelona star Suarez — playing his first international since infamously chomping on Italy’s Giorgio Chiellini at the 2014 World Cup — struck in the 48th minute to complete a remarkable Uruguayan fightback.

Uruguay had looked to be sliding to a heavy defeat after Brazil went 2-0 up inside the first half an hour thanks to goals from Bayern Munich striker Douglas Costa and Renato Augusto.

But Edinson Cavani pulled a goal back for Uruguay to allow Suarez — installed as captain by coach Oscar Tabarez – his moment of glory at the Arena Pernambuco.

The draw left Uruguay in second place in the South American standings, three points behind leaders Ecuador with 10 points from five games.

Brazil moved up to third, level on eight points with Argentina and Paraguay but ahead on goal difference.

Brazil took the lead in the opening minute with a well worked goal created by Chelsea winger Willian.

The 27-year-old teased and tormented Sebastian Coates on the right flank before floating a cross to Costa who delicately steered home the finish.

Brazil’s dream start set the tone for the rest of the half, with the hosts rampant against a feeble Uruguay who offered only token opposition for long periods.

However Brazil had to wait until the 26th minute to grab their second, which arrived after more sorcery from Neymar.

The Brazilian captain split Uruguay’s defence with a wonderful pass that Alvaro Pereira could only deflect into the path of Renato Augusto.

Augusto then pulled off a magical dummy to wrong-foot the advancing Fernando Muslera before firing high into the net for 2-0.

Yet Uruguay came roaring back to score with their first attack of the game and what turned out to be their only attack of the half.

Pereira advanced down the left flank and crossed to Carlos Sanchez at the far post, who knocked down into the path of Paris Saint-Germain star Cavani who lashed in a perfectly timed volley to make it 2-1.

Thereafter however it was all Brazil, with Neymar shooting just wide on 34 minutes as Brazil laid siege to the Uruguayan goal.

But in the opening minutes of the second half Uruguay drew level with another goal against the run of play.

Although Brazil dominated they were kept at bay, and Neymar’s frustration boiled over on 63 minutes when he was booked for a peutlant kick on substitute Alvaro Gonzalez.

Dani Alves also earned a caution in the 75th minute for a wild tackle on Pereira.