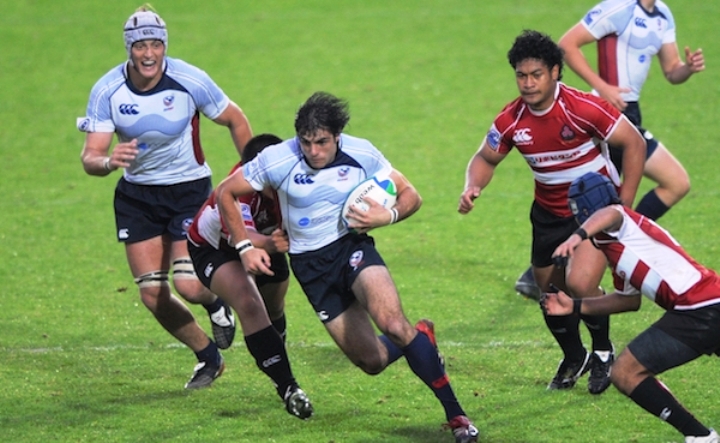 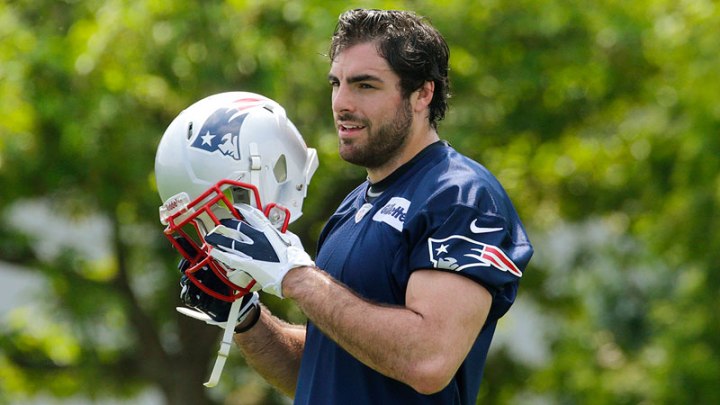 He’s ditched the helmet and padding but that’s just the start for Super Bowl winner Nate Ebner as he embarks on a fast-track transition to rugby sevens in time for the Rio Olympics.

Ebner, driven to make the USA Olympic team by the memory of his late rugby-loving father, made his return to the sport of his youth at the Hong Kong 10s tournament on Wednesday.

But the 27-year-old New England Patriots special teams player said it’s no easy matter to take up sevens, the shortest and fastest form of rugby with a heavy emphasis on hard running and handling skills.

“Nothing will really prepare you for it until you just go out and play,” he told AFP at the 10s, the traditional curtain-raiser for this weekend’s famous Hong Kong sevens.

“You play and play and play, and run as much as you can, and try to pick your feet up and keep moving and recovering.

“You really can’t outrun the game of rugby. It’s just how good a shape you are (in), that’s what you’ll get out of the game.

“(I’ll) just put more and more into it every day at practice and continue to get better and take it one day at a time and work hard, and hopefully I’ll be in a lot better shape in weeks to come.”

Ebner is only taking a temporary break from the NFL and will return to the Patriots following the Rio Olympics, after he signed a new two-year contract with the 2015 Super Bowl winners.

According to US media, his Olympic bid is inspired by memories of his father Jeff, the mentor of his sporting career until he was tragically beaten to death in an attempted robbery in 2008.

Ebner’s father steered him through a successful early career in rugby, in which he represented the United States at junior levels, before he joined the Ohio State football programme.

“I was raised playing rugby, I grew up at a young age playing rugby, so it’s always been part of my life,” he said in Hong Kong, where he was playing for the Samurai team.

“Since I’ve been in the NFL I’ve obviously heard a lot about the Olympics and everything coming about and it’s always been something that’s weighed heavily on my mind.”

He added: “The biggest adjustment for me is the cardiovascular aspect… That’s been a difficult thing adjusting to, but I knew it was going to be like that and just working hard to do that.

“It’s coming along, it’s getting better and it will continue to get better. But as far as playing rugby, luckily I’ve played many, many years so it’s kind of come back quickly, that part of it.”

His experiences in rugby leave him in the rare position of being able to switch sports for just a few months — something that has proved tough for others.

Australian rugby league star Jarryd Hayne failed to make the grade with the San Francisco 49ers last season, although he is training for another attempt this year.

“It’s hard enough to compete at the athletic level thatsport demands of you, but at the same time the understanding of how the game is played, and the intricacies that experience teach you, to not have those experiences — it’s very difficult, that’s all.”

Those are the challenges Ebner is facing if he is firstly to earn a place in Mike Friday’s USA sevens team, and then be part of a successful Olympics campaign.

However, the difficulties are worth tackling with the prize of a coveted Olympics appearance at stake — just a year after winning the Super Bowl.

“I’ve never won an Olympic medal or even been a part of the Olympics, so I can’t say what that’s like,” Ebner said.

“But I can speak for winning the Super Bowl as once-in-a-lifetime experience and it’s something I’ll always remember.

“And I could imagine that being a part of the Olympics, let alone winning a medal or anything like that, would be a very humbling experience that would be unforgettable as well.” – Agence France-Presse