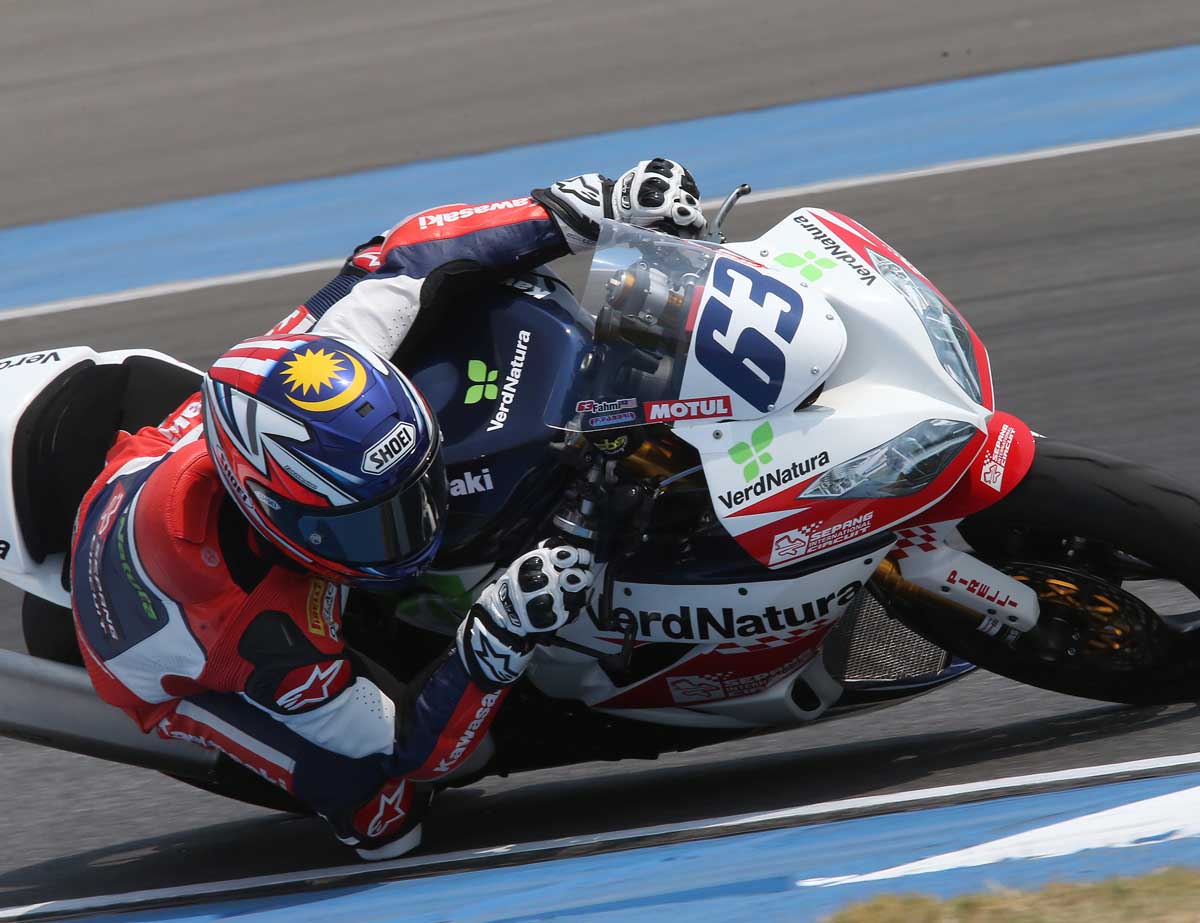 Orelac Racing VerdNatura’s Zulfahmi Khairuddin took a superb seventh place in the second round of the World Supersport Championship at Chang today, in front of over 81,000 spectators. His team mate Nacho Calero had a tough race. Starting from the eight row of the grid, he also made a good start and was beginning to reel in the group of riders in front until a front end problem slowed him down.

Zulfahmi Khairuddin – 7th
“I am very happy with my seventh place today. I made a good start but lost some places after the first corner. I then kept up a constant pace and kept pushing as hard as I could. The bike felt good. I want to say a big thank you to the team for all their hard work fixing the problems we had at the start of the weekend. This class is a new experience for me, but I am enjoying it a lot and already looking forward to the next round.”

Nacho Calero – 19th
“My start was good and I thought I would be in for a good race. But a problem with the front end meant that I couldn’t push as hard as I wanted in the turns and that cost me time and places. Also, the rear began to slide after eleven laps so I had to take care, make no mistakes and bring the bike home safely. We had some problems with the bike this weekend, but once these are resolved I’m sure I can do a lot better.”

Giulio Bardi (Team Manager)
“I am happy with how today went, particularly because the team dealt very well with the issues we had over the past two days. The team worked very hard to give the riders the best bikes they could and to see Fahmi finish seventh is a good reward for all the effort and hard work. Fahmi is new to this class, but he has already got to grips with the bike and making progress very quickly. Nacho had a big crash on Friday and that had an affect on the rest of the weekend because he really needed more time to recover. Having said that, his lap times were consistently good today and, if he didn’t have any problems I’m sure he would have finished higher.