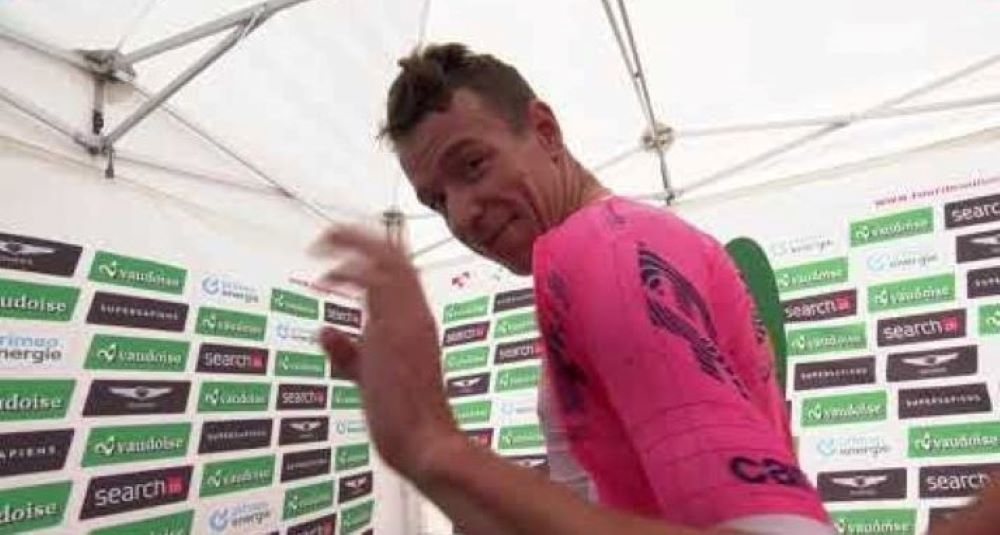 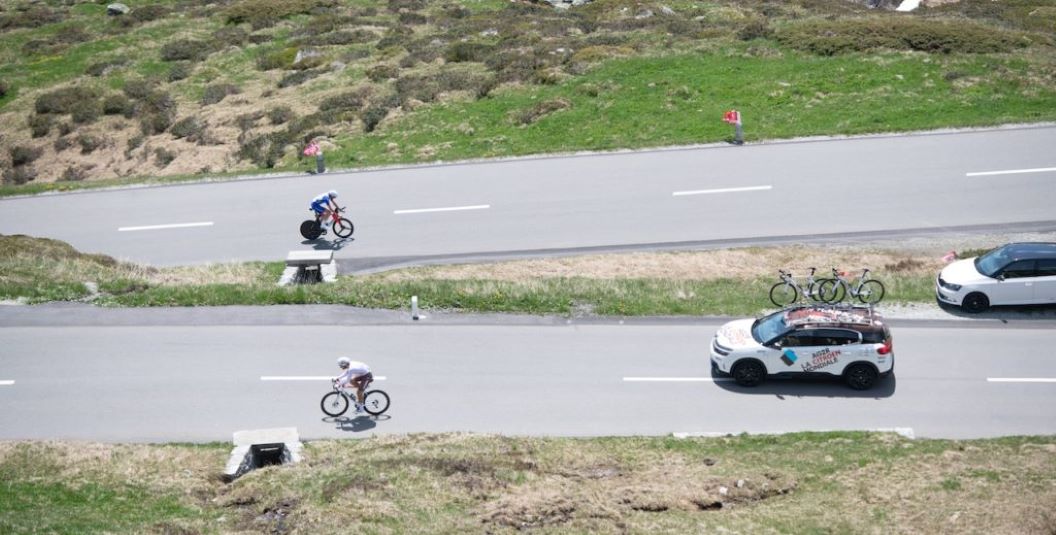 Few followers expected Rigoberto Uran (EF Education-Nippo) to win the time-trial from Sedrun via the Oberalp pass to Andermatt. The 34-year-old Colombian rider won by a huge margin of 40 seconds over Julian Alaphilippe (Deceuninck – Quick-Step) and 54 seconds over home rider Gino Mäder (Bahrain). Richard Carapaz (INEOS Grenadiers) remains in the overall lead by 17 seconds over Uran.

Fourteen years ago, Uran won the eighth stage of the Tour de Suisse (Innertkirchen – Schwarzee) as a young professional. His star wasn’t shining as bright as before over the past few years. His victory in Andermatt was the first pro victory in four years. “A wonder? Not really but it’s certainly a surprise to me too. Together with the team directors we decided to use a rear disc wheel. It turned out to be the right call”, said Uran, who by far had the best climbing split time on the Oberalp.

The spectacular test against the clock placed two Swiss riders in the top-10 with Mäder and Stefan Küng (Groupama – FDJ). European champion Küng was pleased with his performance: “The first part went quite well for me. Afterwards I realized that I’m not a man for the mountains but that’s nothing new.”

Overall leader Richard Carapaz didn’t leave a lasting impression. The climb to Oberalp clearly wasn’t steep enough for the 2019 Giro d’Italia winner. Everything will come down to a duel between the two South American riders. “The team-mates and I will do everything we can to defend the leader’s jersey”, said Carapaz. “The Tremola climb to the Gotthard pass will be the battleground for the overall victory and I’m up for the challenge“, Uran stated. – www.tourdesuisse.ch