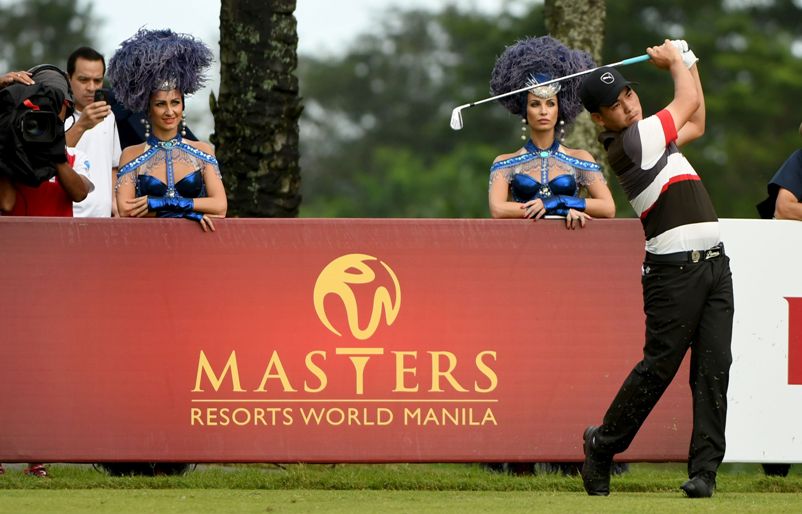 Thailand’s Sutijet Kooratanapisan moved closer towards his breakthrough on the Asian Tour after carding a three-under-par 69 at the US$1 million Resorts World Manila Masters on Saturday.

Sutijet overcame a two-shot deficit at the start of the day to take his place atop the leaderboard with his three-day total of 16-under-par 200 at the Manila Southwoods Golf and Country Club.

Teen sensation Phachara Khongwatmai of Thailand showed his mettle once again by making his move with a 69 to take second place while India’s S.S.P. Chwarasia, who is determined to clinch his first Asian Tour title abroad, signed for a 71 to share third place which also featured last year’s runner-up, Jbe Kruger of South Africa.

Sutijet plans to adopt an all-out attack in his quest for his first Asian Tour title, having come so close to a win in Bangladesh at the start of the year.

Although he has already won once on the Asian Development Tour (ADT), victory on the main Tour is what the Thai is looking for and he is determined to play his way into the winner’s circle.

“I’ve won on the ADT but my goal is to win on the Asian Tour as that will show how much my game has improved.

“My plan tomorrow is to attack the fairways and greens. I’ll be aggressive. I don’t want to think too much as that will give me added pressure. I’ve to stay patient and stick to my game plan,” said Sutijet.

Phachara, who has four top-five finishes, including three in his last four starts, continued to belie his age with another remarkable performance.

The 17-year-old showed no signs of nerves as he matched up against the region’s best players with another commanding performance.

“I made two bogeys on one and 15. I hit a bad tee shot on 15 where the ball went far right and went out of bounds. That bogey on the first was also a bad drive and those were the only mistakes I made all day.

“It’s not a bad performance and I’m happy. I’ll try my best tomorrow. I’m only two shots back and I still can catch up.” Said Phachara.

Chawrasia withstood the challenging windy conditions by mixing his card with three bogeys and four birdies to put himself in the mix for his first win abroad.

“I didn’t hit and putt the ball as well as compared to the last two days. The winds picked up in the afternoon which made play really challenging. There’s still another day left at this event and I’m looking forward to finishing off the week well,” said the Indian.

With all his four Asian Tour victories coming from home soil, the 38-year-old is eager to clinch his first title overseas, having put himself into a good position where he is just three shots back of Sutijet.

“I want to win outside India and that’s my next goal. That’s my focus and I’ll try my best,” said the Indian.

Leading Scores after round 3 of the Resorts World Manila Masters being played at the par 72, 7317 Yards Manila Southwoods GcC course (am – denotes amateur):