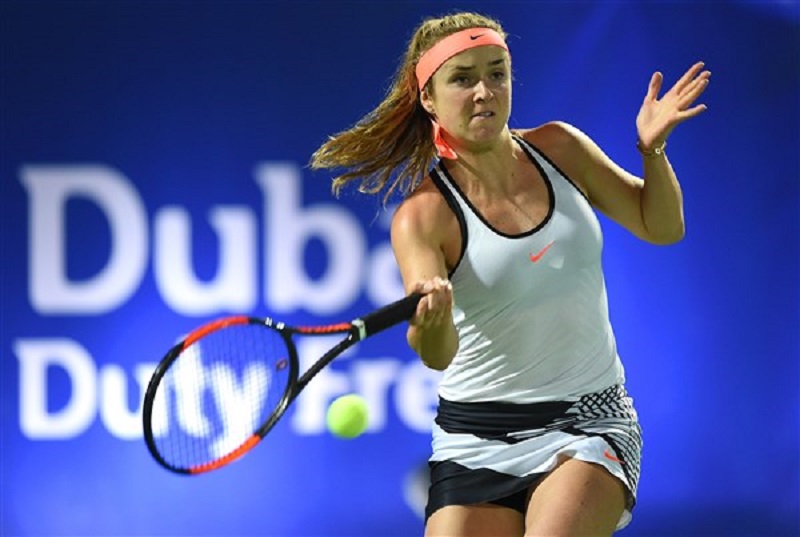 World number three Elina Svitolina will join Grand Slam winning stars Venus Williams and Justine Henin as the only back-to-back champion in Dubai if she defends her title in the desert this week.

The 23-year-old Ukrainian takes the top seeding at the tournament which will be missing top-ranked Caroline Wozniacki and Simona Halep as well as Victoria Azarenka and Maria Sharapova who opted not to play despite the offer of wildcard.

Twelve months ago, Svitolina’s title win in Dubai allowed her to break into the top 10 for the first time.

However, she returns to the UAE having lost in the second round to Petra Kvitova in neighbouring Doha this week.

“The ranking is just a number that confirms that you are doing something well for the last year, for the last one-and-a-half years,” said Svitolina who beat Wozniacki in last year’s Dubai final.

After winning in Dubai 12 months ago, Svitolina went onto clinch three more titles in 2017.

She began 2018 by lifting the Brisbane trophy before reaching the Australian Open quarter-finals.

“I have bigger goals, trying to work on everything and just move forward, just one step at a time.”

Svitolina has a bye in the first round in Dubai before starting her campaign against either a qualifier or big-hitting Kiki Bertens of the Netherlands.

Wimbledon champion Garbine Muguruza, who was to play in the Doha final on Sunday, takes the second seeding, with the Spaniard playing the event for a fourth consecutive year.

Muguruza begins in the second round against either Catherine Bellis of the United States or Belgium’s Elise Mertens, an Australian Open semi-finalist.

Karolina Pliskova is seeded third, with the Czech beginning with a match against a qualifier or Spain’s durable Carla Suarez Navarro.

Kerber helped Germany into the Hopman Cup final against Switzerland in January before reaching the Australian Open semis.

In Doha, she fell in the quarter-finals to Wozniacki.   Agence France-Presse