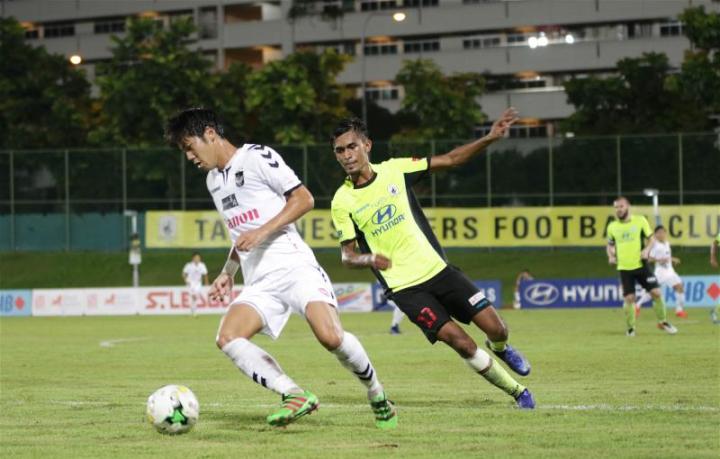 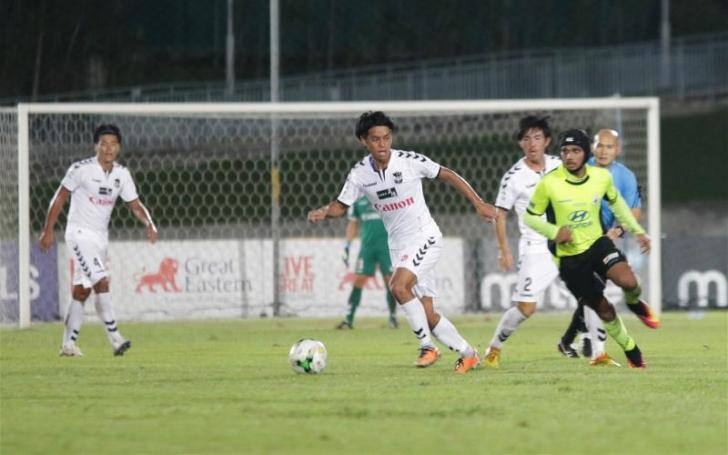 Fazrul Nawaz’s strike 10 minutes from time was enough for the Stags to reduce the gap at the top to just four points with eight matches remaining whilst ending Albirex’s ten-game winning run in the process.

It was the visitors who nearly went in front just a minute into the game, but Atsushi Kawata’s freekick from 25 yards out whistled just wide of Joey Sim’s left-hand post.

Like the reverse fixture earlier this season, it was a tightly-contested affair and the next chance of note would only come on 23 minutes.

An inswinging freekick from Jermaine Pennant found Fahrudin Mustafic in the box, only for the Tampines skipper to send a header into the side-netting from close range.

Five minutes later, Billy Mehmet sent teammate Fazrul racing clear and the latter fired a low shot at goal that Yosuke Nozawa got down low to deny with a superb save.

At the other end on 33 minutes, Kawata tried his luck from a long way out, but saw his effort swerve narrowly wide and there were no further chances thereafter.

The second-half began in similar fashion as the first and Tatsuro Inui came close to putting his side in front on 56 minutes, but his left-footed shot grazed the bar.

Clear chances were at a premium thereafter as both sets of keepers were hardly tested.

The breakthrough would however arrive with ten minutes left on the clock and it was one which proved enough to throw the title race wide open.

After Shakir Hamzah picked out the run of Fazrul, the forward spun his marker and hit a shot which took a deflection off Mikiya Yamada and wrongfooted Nozawa before finding its way into the net.

Akbar Nawas’ Tampines – who now have four league wins on the trot – will shift their focus to the RHB Singapore Cup where they face Global FC from the Philippines in a two-legged tie starting Wednesday.

Tampines Rovers coach Akbar Nawas: “I would be lying If I told you I’m not happy (with the result).

“The team can definitely be proud of themselves for not conceding tonight. When you talk about defending, it’s not about the back four or even the defensive midfielders – it’s about how the whole team defends and I think today they defended as a team right from the top.

“You have to give some credit to Albirex. They were very disciplined in the way they played but I’m happy we won and I want to take it one game at a time.”

Albirex Niigata (S) coach Naoki Naruo: “Throughout the 90 mins, Tampines did a good job. It was not an unlucky result but we allowed them to run and that was the mistake we made.

“We haven thought of the league title yet and we will reflect and hope to improve from this game and kick on from here. I think we can learn from this defeat and will continue to work hard.”