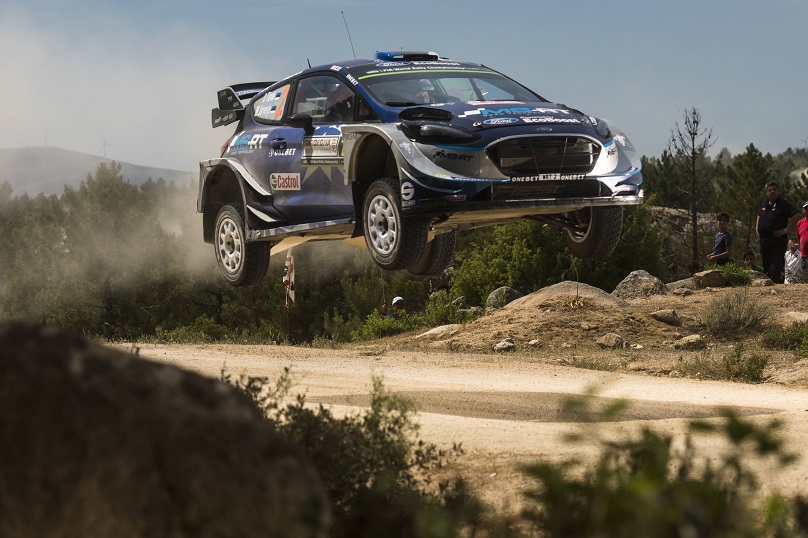 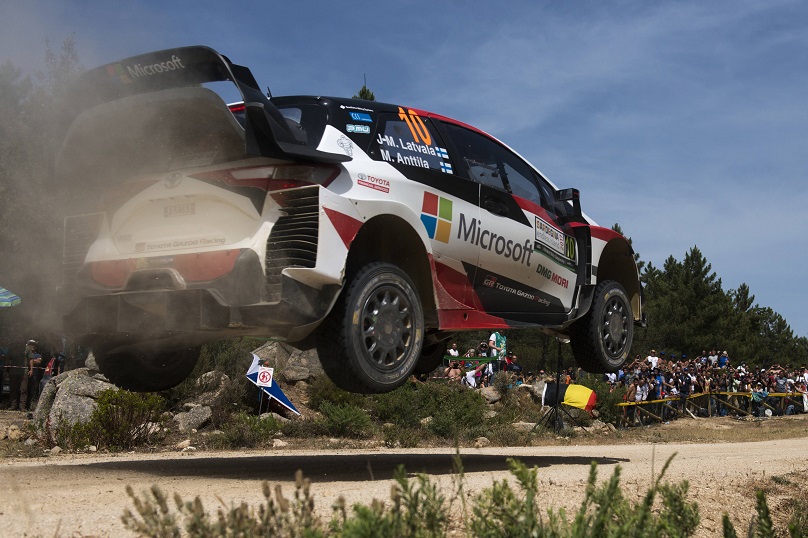 New Zealander Paddon kept his pursuers at bay all morning in Sardinia’s scorching heat. He was almost 10sec clear of Tänak when he swiped a bank in the afternoon’s opening speed test and wrecked the rear right of his Hyundai i20.

He limped to the finish with flames billowing from the wheel arch and retirement was instant.

“Amateur mistake,” said an emotional Paddon. “I turned in too early and clipped a bank on the inside. I’ve let everybody down.”

Tänak pressed home his advantage, claiming two stage wins to add to one from the morning. His gamble to carry just one spare wheel as a precaution against punctures on the rocky roads improved the balance of his Ford Fiesta.

“This afternoon was surprisingly good,” the 29-year-old said. “It has been good to drive up to now with a safe margin but now we can push more. I don’t see any reason why Latvala should be any quicker than me tomorrow.”

Latvala climbed from fourth to second in his Toyota Yaris, the Finn’s only problem when he was slowed by dust kicked up by a delayed Mads Østberg. His team has requested rally officials credit the lost time to Latvala.

Thierry Neuville was 37.9sec behind in third in another i20. The Belgian was team-mate Paddon’s closest challenger when brake failure cost a minute in this morning’s final stage.

Esapekka Lappi was fourth on only his second outing in a World Rally Car. Brake problems hampered the Finn but he overhauled Yaris team-mate Juho Hänninen in the final stage, when Hänninen spun and his power steering failed. The gap is 31.3sec.

Championship leader Sébastien Ogier was sixth after conceding two minutes when he changed a puncture.

Sunday’s finale is the shortest of the weekend and is based on the coast north of Alghero. Competitors face two identical loops of two stages covering 42.04km, with bonus points available to the fastest five drivers in the last live TV Power Stage.