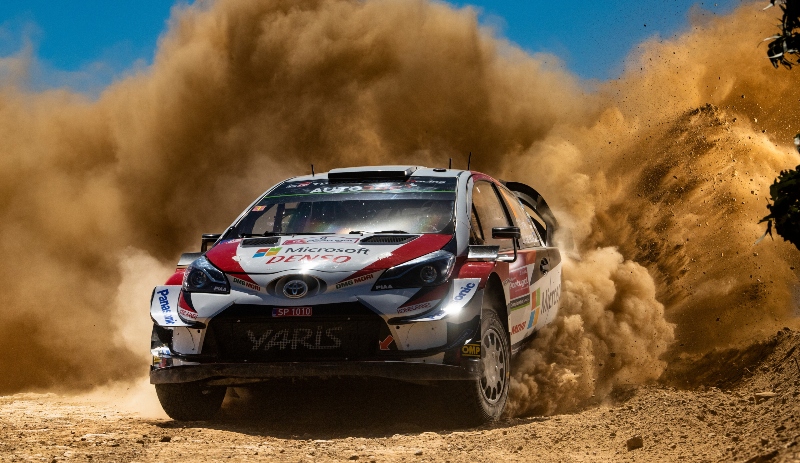 Victory in Spain this week would seal a maiden FIA World Rally Championship title for Ott Tänak – but he will not risk everything with the buffer of Australia’s final round to come.

The Toyota Yaris driver carries a 28-point lead into RallyRACC Catalunya – Rally de España. If he extends that to 30 during the gravel and asphalt encounter, the only mixed surface round in the series, the title is his.

Tänak accepts there is pressure on him, but believes the pressure is greater on his two rivals. Six-time champion Sébastien Ogier is his closest challenger while Thierry Neuville is 41 points adrift and the outsider.

“I guess the focus will be on me, but at the same time Seb and Thierry have to go all-out,” he said. “There’s no doubt about that from their side. For me, there’s no need to risk everything.

“I don’t need to do anything if the feeling isn’t there. If I’m comfortable with the car then I’m sure we can make the fight, but let’s see how it goes.

“We’ll focus on ourselves and do all we can. If it takes more than that, then there’s no need to push it. If we don’t do it here, we can take the fight to Australia.”

Tänak is on form with five wins from the last seven rounds. Last year his title hopes disappeared when he crashed into a tree on the final morning of the season in Australia and he has left nothing to chance this time.