Home 2020 Tarquini: “I miss racing, I need the adrenalin of competition” 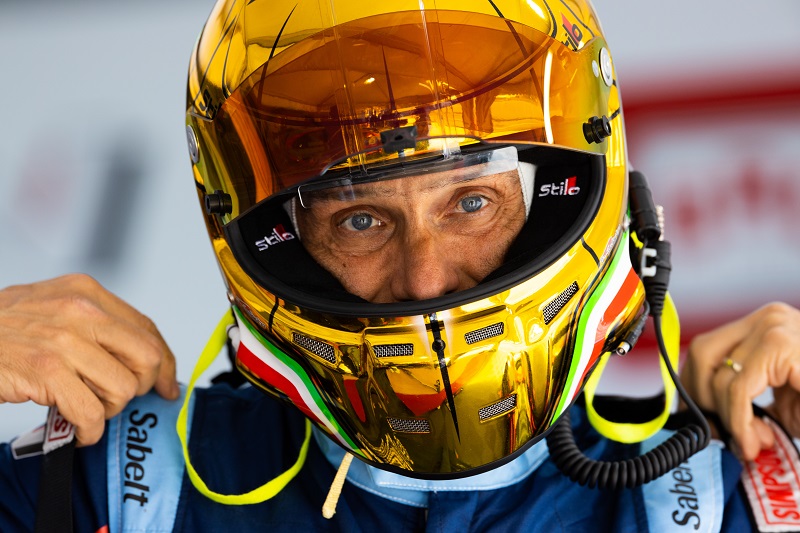 Gabriele Tarquini begins his bid to win the WTCR − FIA World Touring Car Cup for a second time following his triumph in 2018 when the 2020 season fires into life at Circuit Zolder this weekend.

Armed with a Hyundai i30 N TCR from BRC Hyundai N LUKOIL Squadra Corse, the Italian, 58, is done with waiting and ready to take to the track again at WTCR Race of Belgium.

It’s been a long wait to get back on track. How ready are you?
“I am ready. The gap between the last race last year and the new season was very long but everybody knows what is happening. I want to race, I need the adrenalin of racing. We have done testing but racing is totally different. I miss racing, I miss the competition.”

What will it be like going back into a racing environment after nine months away?
“It will be nice because I will meet people I know from a long time, other drivers, other competitors. It’s like a family and you miss this part of life.”

You won the last FIA World Touring Car race at Zolder in 2011 having also taken a victory in 2010. It means you have the best record but do you remember the track and the challenge?
“The track is a challenge for sure. It seems strange that I won my last race at Zolder but I like the challenge of the chicane, the cornering. The first part of the circuit is very exciting. But I need to focus that we have a new track for the first race because this only happened a few days ago. But I will prepare by watching videos of the past races.”

Given your vast experience in racing does watching old footage actually help you?
“When I have time and it’s not a circuit we race every season I like to see some video, especially approaching the first race, the start of the season, to see some strategy that worked in the past. This helps me to prepare the weekend and to be ready. From the past you can learn a lot.”

As well as a new track to open the 2020 WTCR season, there is a new tyre from Goodyear to adapt to. What are your impressions?
“The tyre is totally different from the Yokohama, much harder [compound]. In the race the Goodyear tyre is very good. The biggest change from the past is the approach of qualifying because it is not easy. The window to work will not be as wide as the Yokohama. We will see a different lap in qualifying and also the skill of the drivers to warm the tyres will be the key of the qualifying. In the race the tyre will be very consistent. It works very well at hot temperatures and I am happy.”

With the results of Qualifying Q1 deciding the grid for Race 1 this season, how much will this change the strategy?
“This makes a big change as well, especially for the people fighting for the championship. It’s not only important to pass in Q2 but it’s important to stay on the front [in Q1]. It means you must use more laps, more tyres but the tyres are limited and the number of new tyres is smaller than last year so it will be a big challenge.”

What is your target for 2020?
“The start of the season is always the same. I am there to fight for the title, to fight for the big target. It’s true that’s depending on a lot of factors, some factors we can control but some others we cannot. The target is there. We will see our performance compared to the other manufacturers and other drivers. It will be hard, probably harder than ever because we won the last two seasons with me and Norbi and we will see what the [Balance of Performance] is for us. This is important but I don’t want to speak about BoP because we know it’s something out of our control. Sometimes we are not happy but let’s race and see.”

Given your extensive experience behind the wheel, do you still have the same passion, the same motivation going into 2020?
“Yes, especially this year with the changes. With the tyres it makes a big change and a big challenge, especially for people like me that race with the Yokohama for a very long time and now it’s a big change. Also, the ECU has changed and the engine performance is different from the past seasons, especially in the power distribution. But I have a big motivation to be ready and to adapt my driving style to these new tools.”

Who will win the title if you don’t?
“As in the past seasons I hope a Hyundai driver will win the title. The level of the drivers is always very high. Honda was very close last year and also two years ago. Lynk & Co from the first year was very competitive. But if I am not the winner, I hope another Hyundai driver can win and I can help, like what happened last year with Norbi to achieve our target. The names of the other manufacturers are not important to me.”

As well as racing at Slovakia Ring, one of your favourite tracks, you get to race at home for the first time in the WTCR. How much are you relishing that prospect?
“It’s very nice because I missed to race at home in Italy in the last two seasons because in the WTCC we would sometimes race two times in one season with races at Monza and Imola. I am very happy to be back racing in Italy but I hope fans can join us around the track, this is the main focus and my hope because it means the virus is not very aggressive and we can live and race as in the past. Adria is around three hours from my home. I raced on the short track in the TCR Trophy Europe in 2017. It was our third race in the new i30 N TCR. I was [not eligible for points] but I won the second race, I finished second in the first race so it was a very successful race for me and Hyundai. I hope the shape of the new track will be very nice to drive.”