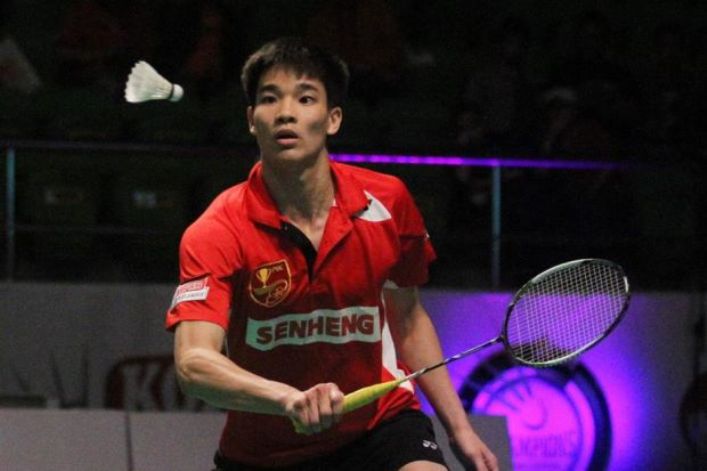 Malaysian youngster Soo Teck Zhi is a much more confident player now and his game has shown vast improvement after the ew Zealand Open Grand Prix Gold in Auckland which ended on Sunday.

Now he has switched his focus to the Celcom Axiata Malaysia Open Superseries Premier at the Malawati Stadium in Shah Alam from April 5-10.

But Teck Zhi will have to go through the qualifying rounds and the world No 61 has a tough draw for a place in the main draw.

The 21-year-old Malaysian reached his first ever Grand Prix Gold semi-finals. Although he failed to make the final after losing to eventual champion Huang Yuxiang of China 21-18, 21-17.

Making the last four in Auckland is certainly a confidence booster and this will stand in good stead for Teck Zhi in his bid to make the main draw in the Malaysia OpenAxiata Malaysia Open Superseries Premier to be held at the Malawati Stadium in Shah Alam from April 5-10.

In the Malaysian Open, Teck Zhi, the 2013 Asian junior champion, faces India’s R.M.V. Gurusaidutt in the first round. If he wins he will be up against the winner of the Goh Soon Huat-Anthony Ginting (Indonesia) tie. Only the winner will make the main draw.

“I have made some progress in my game and reaching the semi-finals in New Zealand has boosted my confidence. I am better player now and know how to handle pressure,” said Teck Zhi.

“It will be great if I can make the main draw in the Malaysia Open.  It will be a new experience for me playing in a SuperSeries premier event. I will give my best shot for a place in the main draw.”