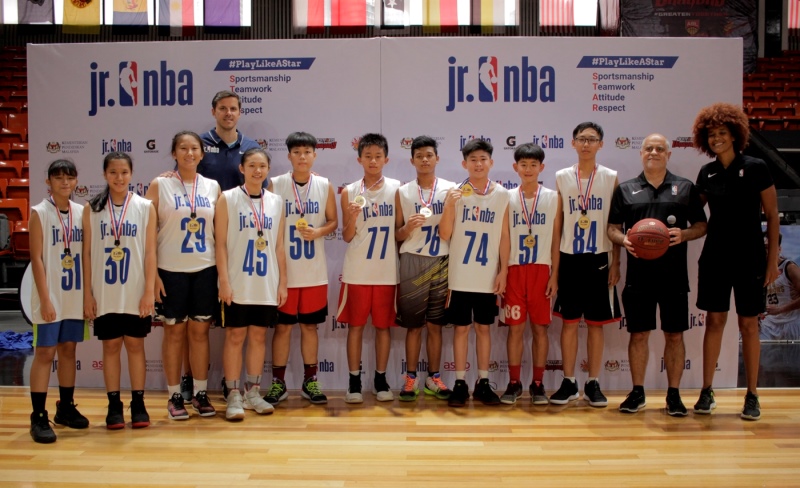 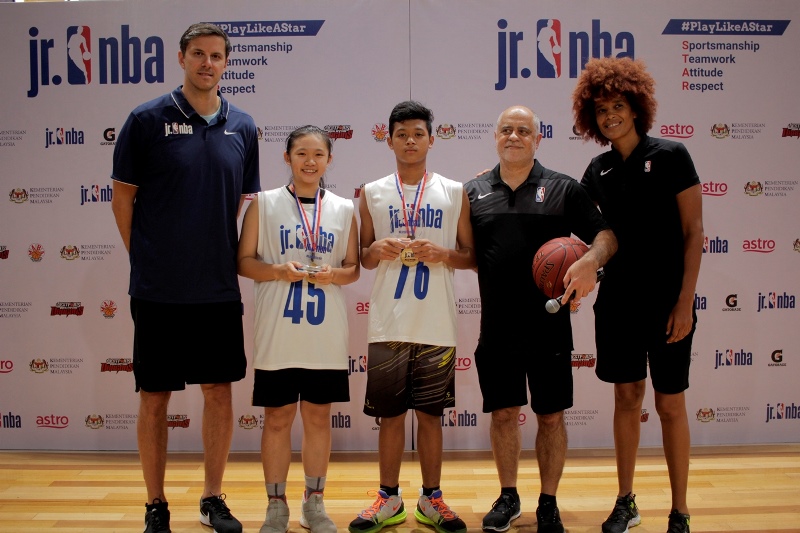 Jr. NBA, the league’s global youth development program promoting healthy and active lifestyles, returned to Malaysia for the sixth consecutive year to teach fundamental skills and core values of the game to over 1,000 participants at the MABA Stadium on April 20-21.

Jr. NBA Malaysia continues to further local basketball development through the Jr. NBA Coaches Academy, a train-the-trainers initiative that has equipped more than 2,000 teachers from over 1,600 schools in 14 cities across Malaysia since 2017.

The event is supported by the Ministry of Education Malaysia, Malaysia Basketball Association (MABA) and Westports Dragons, official partner Gatorade, with Astro as the official broadcast partner of the Jr. NBA in Malaysia.

The following is a complete list of 2019 Jr. NBA Malaysia All-Stars:

The NBA is a global sports and media business built around four professional sports leagues: the National Basketball Association, the Women’s National Basketball Association, the NBA G League and the NBA 2K League. The NBA has established a major international presence with games and programming in 215 countries and territories in 50 languages, and merchandise for sale in more than 100,000 stores in 100 countries on six continents. NBA rosters at the start of the 2018-19 season featured 108 international players from 42 countries and territories. NBA Digital’s assets include NBA TV, NBA.com, the NBA App and NBA League Pass. The NBA has created one of the largest social media communities in the world, with 1.5 billion likes and followers globally across all league, team, and player platforms. Through NBA Cares, the league addresses important social issues by working with internationally recognized youth-serving organizations that support education, youth and family development, and health-related causes.