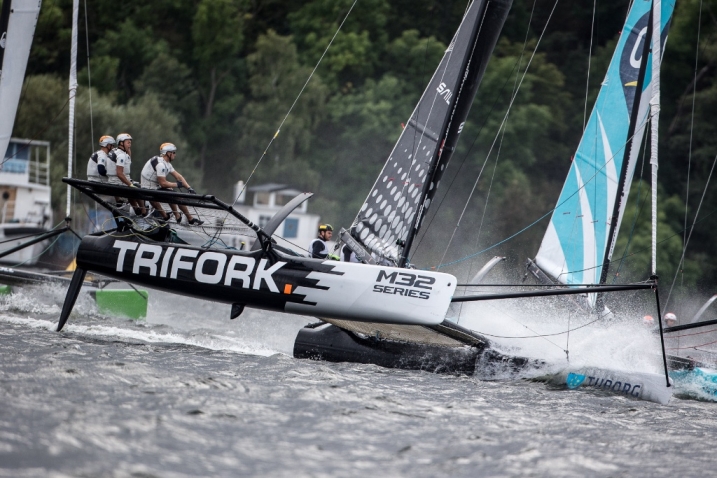 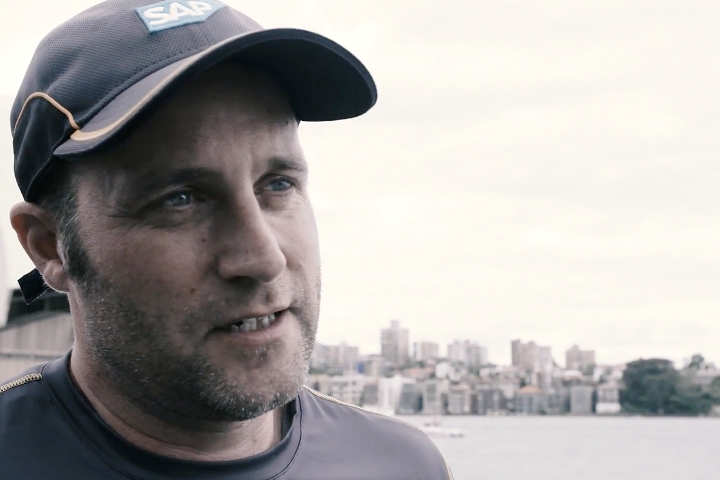 When one of sailing’s fastest disciplines, the M32 Scandinavian Series, comes to Copenhagen’s Tuborg Havn this week, Danish fans will be able to wave their flags for two of their top sailors.

The 32ft long high performance catamaran circuit holds its opening event of 2016 in the Danish capital from Thursday 5th May until Saturday 7th May, with racing daily at 1400-1700. Among the skippers of the eight teams competing, Danes Jes Gram Hansen and Nicolai Sehested, both could win the event.

Gram Hansen, 44, co-skippers Team Trifork with Rasmus Køstner, 37. The duo cut their teeth on the World Match Racing Tour, with Gram-Hansen at one point calling tactics for one of sailing’s all-time greats, five time America’s Cup winner Sir Russell Coutts. Gram Hansen and Køstner both competed with the Italian Mascalzone Latino team in the 2007 America’s Cup.

With Team Trifork they joined the M32 Scandinavian Series last year and finished fourth overall, having spent 2016 learning their new boat, that is built at Aston Harald’s high tech composites facility on Hönö, in the Gothenburg archipelago. Of the M32, Gram Hansen says: “When you get familiar with it, it is great fun to sail – fast, very light and very nice to helm.

This season they are again supported by Danish software company Trifork and are keen to perform in the M32 Scandinavian Series’ Danish events – Copenhagen, followed by Aarhus  over 18-20th August. The latter will be special for Gram Hansen because his family lives there (although he now resides in Switzerland). Before then he hopes to put on a better show in Copenhagen than last year when they finished sixth.

Joining he and Køstner is Italian America’s Cup sailor Pierluigi de Felice and youngster, Mads Emil Lubeck. As to Tuborg Havn, Gram Hansen says he enjoyed racing there last year. “It is a good place to sail, a nice location with good facilities. However it can do anything – a week ago it was snowing!”

While Gram Hansen is the seasoned veteran, 26 year old Nicolai Sehested and Team Trefor are the young guns. Following in the footsteps of triple Olympic Soling medallist Jesper Bank, plus Jesper Radich and Gram Hansen, Sehested is one of the latest crop of ultra-talented young Danish match racers.

Victorious in the TMC Danish Match Racing Youth Nationals in 2008 and 2009, the young Sehested went on to greater success in international events, including several in the USA. His sailing took a meander when he sailed Team Vestas in the last Volvo Ocean Race. After a promising start, this finished dramatically on to a reef in the middle of the Indian Ocean, where they were forced to abandon their boat. Last year Sehested returned to match racing with fire in his belly, defeating five time World Champion Ian Williams’ GAC Pindar team in the final of Energa Sopot Match Race in Poland in July.

Unlike Gram Hansen, Sehested, with his regular crew of Danes Peter Wibroe and Jonas Hviid-Nielsen plus Australian Luke Payne, is making his M32 debut this season. However at the first 2016 World Match Racing Tour event in Fremantle, they finished a very respectable fourth, ahead of US Virgin Islander Taylor Canfield, last year’s star performer on the M32 Scandinavian Tour. Copenhagen will only be the second time he has raced the boat. Sehested says: “We are going to struggle a bit, but I have a super strong team and if we’ll get more things right than wrong, then we’ll be okay.”

Like Gram Hansen, the young Dane doesn’t herald from Copenhagen, coming from farming stock on Jutland. Fortunately there was a sailing club nearby. “I guess my parents got tired of me making trouble all the time!” he claims. “So they bought me an Optimist dinghy and sent me out on the water, just to get some peace!”

Despite being a member of the event’s hosts, the Royal Danish Yacht Club, Sehested admits he has never sailed out of the Tuborg Havn before, “but on these boats, it is not so much about the place, it is about manoeuvring the boat right and not making mistakes. So I don’t think we’ll have any home advantage…unfortunately.

”While he claims not to have a fan club in Denmark, a respectable number of spectators are expected to turn out over the three day long regatta to support the Danish teams. “We will be thankful for everyone who shows up,” Sehested says humbly. “We will have a lot of sponsors there and it will be a good chance to give something back to the people who’ve been giving a lot to us.”