Home International The Ogier and Latvala Show: one-two for Volkswagen in Wales 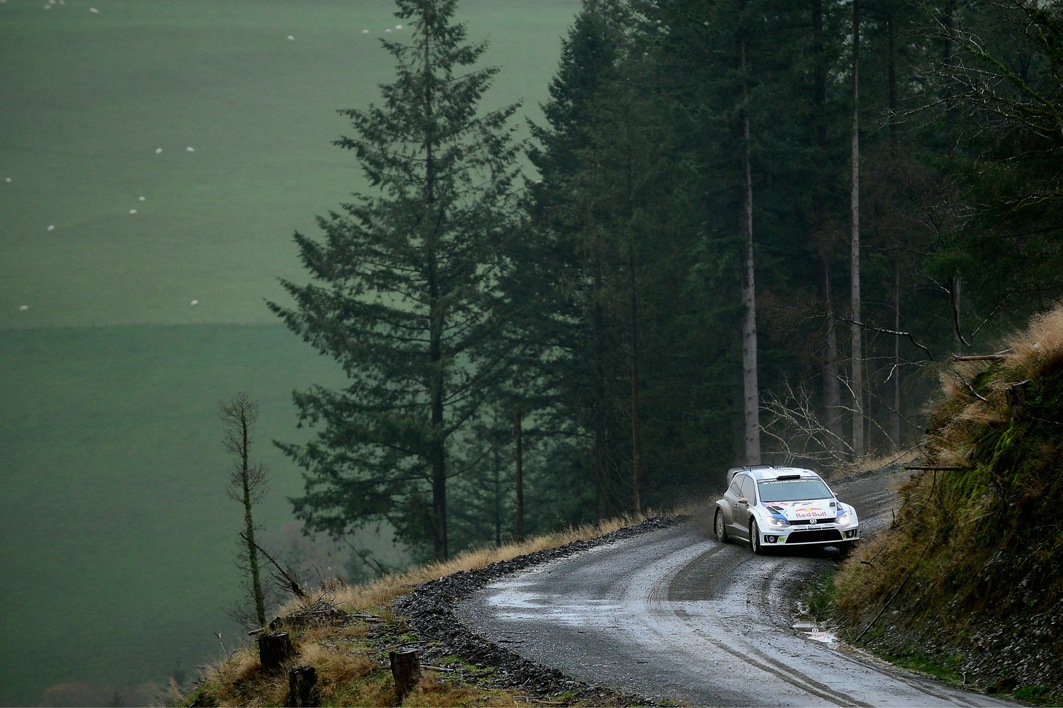 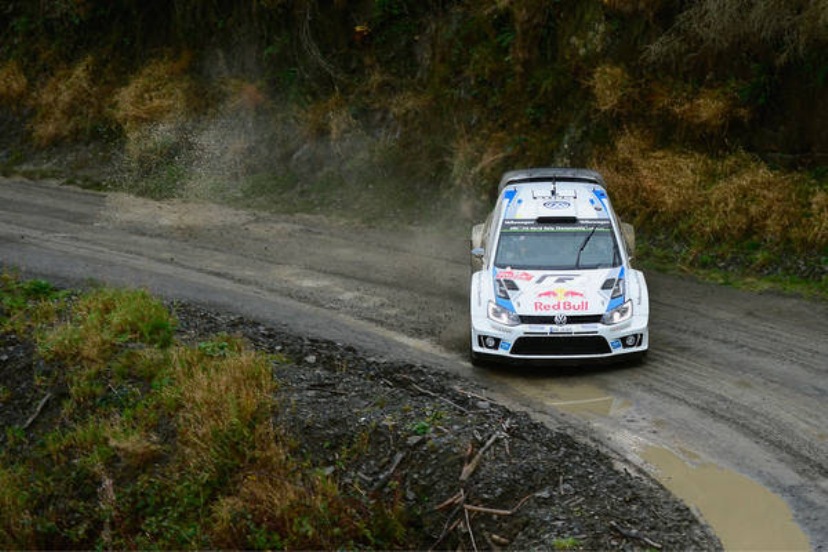 4:4 between WRC rivals: Ogier and Latvala put on grand finale

Mikkelsen/Fløene set to start under Rally2 regulations on Saturday

Four stage wins for the world champion*, four for this year’s runner-up in the World Championship – Volkswagen drivers Sébastien Ogier and Jari-Matti Latvala set the pace on the opening day of the Rally Great Britain. Sébastien Ogier/Julien Ingrassia (F/F) went fastest on four of the eight special stages, with Jari-Matti Latvala/Miikka Anttila winning the remaining four to complete a Volkswagen shut-out. In extremely muddy and slippery conditions in Wales, both pairs moved to the top of the standings on the opening stage and never looked back. By the end of day one, they had gradually opened a commanding lead of over a minute over their closest rival Mikko Hirvonen (M-Sport-Ford). They were helped in their quest by their early starting positions. As first and second in the Driver and Co-Driver competitions, they had the honour of opening the route through the Welsh forests. Ogier goes into Saturday’s nine stages with a slender lead of just 6.6 seconds over Latvala.

The day came to a premature end for Andreas Mikkelsen/Ola Fløene (N/N). On Friday’s second stage, “Dyfi”, the third-placed driver in the World Championship braked too late after a crest, skidded into a ditch and damaged the suspension on his World Rally Car. Mikkelsen and Fløene were forced to sit out the day’s remaining six stages, but will return to action on Saturday under Rally2 regulations.

Quotes after day one of the Rally Great Britain

Sébastien Ogier, Volkswagen Polo R WRC #1
“A good start to the Rally Great Britain for Julien and me! The first stages this morning were really nice and great fun to drive. The Polo R WRC was fantastic. The conditions were better than expected and we are able to race without any pressure at all at the final round of the season. It was much trickier in the afternoon though. The roads were much more slippery and I struggled with a lot of understeer. In the end I was fighting with the steering wheel to keep the car on the road.”

Jari-Matti Latvala, Volkswagen Polo R WRC #2
“We had a great battle with our team-mates and are separated by just a few seconds. That promises to make the next couple of days very exciting. This afternoon, it was as though some parts of the stages had been polished by the sheer number of cars in the field. This made it very slippery. It was tricky to judge the level of grip and know where to attack. It was hard work guiding the Polo R WRC through Wales, but also great fun.”

Andreas Mikkelsen, Volkswagen Polo R WRC #9
“We were a little bit too optimistic on a crest and braked too late going into the following right-hand bend. I skidded into a ditch and damaged the suspension at the front right. A strut snapped in two, taking the full force of the impact. We were unable to continue, but it shouldn’t be too complicated to repair during the service this evening. It’s a shame since I would have been in with a chance of fighting for victory here in Wales. I’m very disappointed after this error, which could have been avoided. We’ll return under Rally2 regulations tomorrow and hopefully put on another good show for the fans.”

Jost Capito, Volkswagen Motorsport Director
“We were hoping for plenty of excitement at the final rally, and have not been disappointed. Sébastien Ogier and Jari-Matti Latvala are staging a gripping duel and only a few seconds separate them. One of them was in front four times, the other one was in front four times – it’s so much fun following this duel, which has shaped the whole WRC season. Unfortunately Andreas Mikkelsen made a minor mistake at the start of the day and had to sit out some stages due to a broken suspension. There’s no doubt that he would have turned the two-way battle for the lead into a three-way battle. He’ll be back tomorrow and will certainly want to show what he’s made of. I am certain we are in for another two thrilling days of rallying here in Wales.”

… a prestigious award for Julien Ingrassia. The Frenchman, who successfully defended his Co-Driver title* in the FIA World Rally Championship (WRC), was presented with the “Michael Park ‘Beef’ Trophy” at the Rally Great Britain. The trophy is awarded to one co-driver each year in memory of Michael Park. As well as sporting success, it also recognises attitude, commitment and outstanding performance. Michael Park died tragically in a fatal crash during the 2005 Rally Great Britain, whilst co-driving for Markko Märtin.