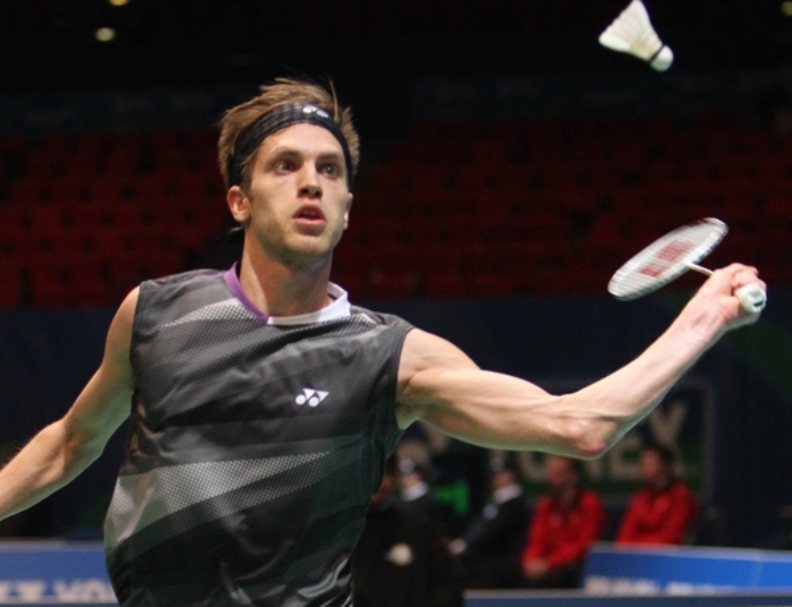 Marc Zwiebler is enjoying in Fuzhou in the USD700,000 Thaihot China open as he marched into the semi-finals with another upset win – this time over India’s reigning Commonwealth Games champion Pasupalli Kashyap in aa come from behind 18-21, 21-18, 21-13 win on Friday.

In the semis the German will face another Indian – K. Srinath, who is also enjoying a good run in the Super Series event when he stopped Japan’s hope Kento Momota in straight sets 21-17, 23-21 in 44 minutes. Zwiebler had ousted China’s Chen Long, the top seed and reigning world champion with a sensational 13-21, 25-23, 21-19 win in a third round match.

Chinese superstar Lin Dan once again rode on his experience to carve out a 21-18, 26-24 win over Japanese veteran Sho Sasaki but had to slog for 61 minutes to stay on track for his sixth China Open title.

The five-time world champion and two-time Olympic champion will take on Taiwan’s Chen Chou Tien for a place in the semis. Chou Tien upset seventh seed Hu Yun of Hong Kong 21-18, 16-21, 21-17 in the quarter-finals after a 72 minute battle.

India’s Saina Nehwal added more pain to China in the women’s singles when she marched into the last four after knocking out Suo Di 21-13, 17-21, 21-5 in her quaarter-final match in 59 minutes. The Indian ace will face China’s last hope in the women’s singles Liu Xin. Liu Xin upset Thailand’s seventh seed Ratchanok Intanon 21-15, 21-14.