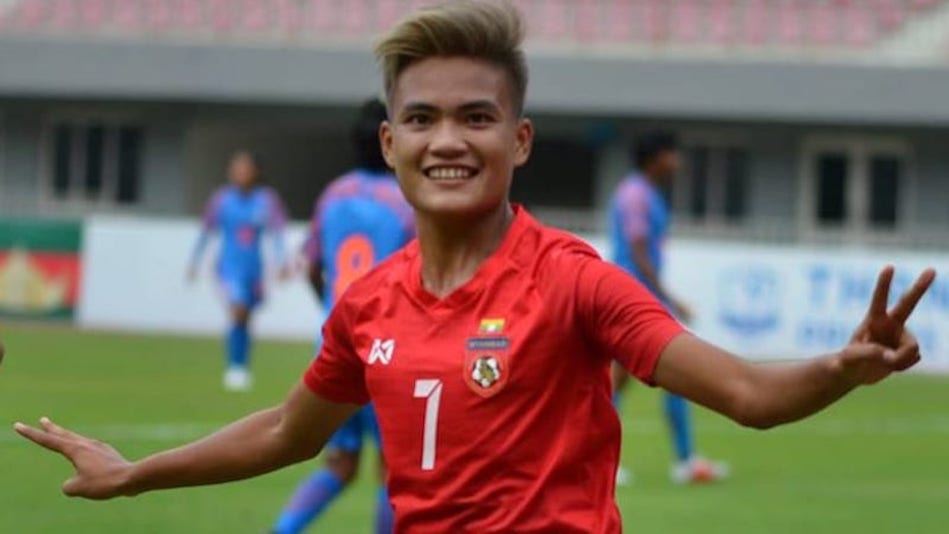 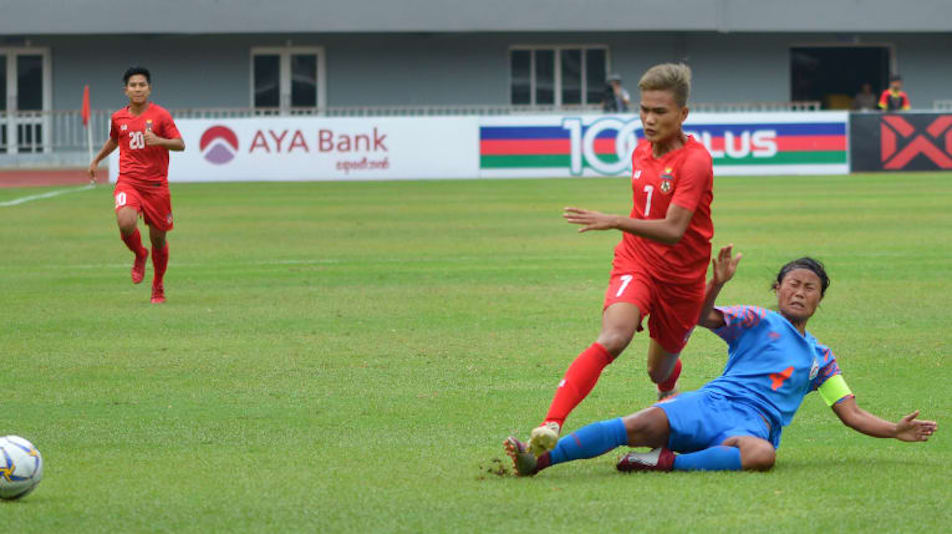 When Myanmar entered Asian qualifying for the Women’s Olympic Football Tournament Tokyo 2020 two years ago, few gave them hope of much more than simply making up the numbers.

However, with a draw and two wins – including a 2-1 defeat of India – they won a group that also featured Nepal and Bangladesh.

The Southeast Asians impressed in the ensuing second round last year, going three matches undefeated to run out the section winners and reach the third round for the first time.

Drawing most attention was striker Win Theingi Tun, who scored nine goals to fire Myanmar into the last eight.

And with strongly-favoured DPR Korea withdrawing from their group, it meant that a single victory over either Korea Republic or Vietnam would be enough to send them through to the all-important play-off stage.

However, Theingi Tun was injured in the lead-up to February’s campaign in Seogwipo, Korea Republic and, as a result, had to watch her side first lose 7-0 against the experienced hosts, before falling to Vietnam by a solitary goal to crash out.

“We had a great chance to progress only to under-perform and fail,” the 25-year-old told FIFA.com. “Unfortunately I didn’t play due to an injury. I got a posterior shoulder dislocation and missed the important campaign.”

“I was in the stands watching my team play. I felt a big sorrow that I couldn’t help them. We had a good opportunity and we let it slip away after losing to Vietnam, but I believe we can beat them to qualify should we come across each other again.”

From township to Myanmar superstar

If Myanmar showcased the enormous progress they have made over recent years during Olympic qualifying, then in Win there is an insight into the development of women’s football in the country.

Born in 1995 in Kyauktan Township in the Yangon Region, Theingi Tun started playing football when she was 12.

She made such fast progress that she was selected to play in a local Under-13 girls’ football festival, where she was spotted by the current head coach of Myanmar U19 women’s team, Thet Thet Win.

“I improved and went to the Institution of Sports and Physical Education School. From there, I began my career as a footballer. I owe a debt of gratitude to coach Thet Win for this.”

Indeed, Theingi Tun proved the coach was absolutely right in his judgement.

She came up through the ranks earning her first national team call in 2014. The next year saw her figure in the AFF Women’s Championship 2015, where she scored three times to help Myanmar end as runners-up.

Theingi Tun had emerged as an overnight star, but her best was yet to come. In the next regional showpiece in 2016, Theingi Tun finished as the tournament’s top-scorer with nine goals, performances which truly established her among the hottest prospects for her country and in the region.

She maintained her prolific form thereafter, scoring regularly for her country, including finishing as the joint-second leading markswoman in Olympic qualifying. Now with 53 international goals, she is Myanmar’s all-time top scorer.

At the club level, Theingi Tun n was among the pioneers in the Myanmar Women’s League when it was launched in 2016.

Strutting her stuff with Myawady FC, she helped her side to back-to-back titles in 2018 and 2019.

“Our people love football and the women’s game is growing fast in Myanmar these years, particularly since the launch of the women’s league,” she said. “It provides young girls the opportunity to pursue their football dreams.

“Nowadays, women’s football is drawing increasing attention from the media and all walks of life. I want to try my best to help with the women’s game in our country. I am seriously thinking of establishing a women’s football academy in the future if I have the chance.”