Home 2022 A look back at Woods’ famed career as he enters the World... 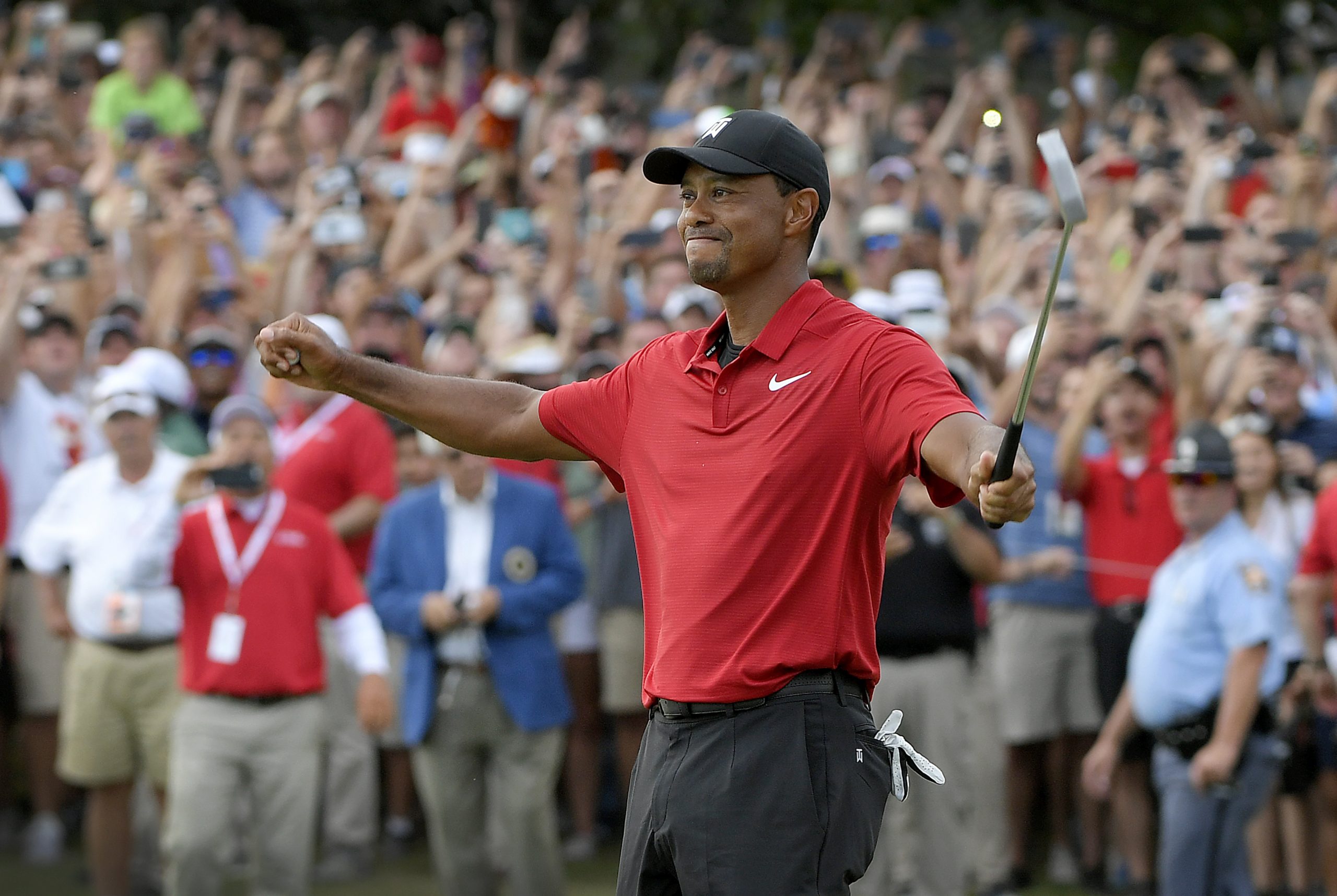 Ernie Els listened intently to a reporter’s pitch for a story. It dealt with competitive life on the PGA TOUR for players who turn 40 and since Tiger Woods was 39, guess who the question revolved around?

Els, then 45, smiled at that; he had become accustomed to all conversations eventually switching over to Woods. But when the reporter suggested that Woods vs. Els had been a fierce rivalry, the South African laughed.

Shaking his head, Els said emphatically, “He kicked my butt for more than 15 years.”

The reporter attempted to show Els some love, only the four-time major winner continued to shake his head, then repeated, “for more than 15 years.”

It spurred further conversation about how great Woods’ career had been. Els agreed and he suggested you measure numbers against the game’s best. During a good chunk of Woods’ prime, there were four players who arguably ranked closest, but were a notch below – Els, Phil Mickelson, Vijay Singh and Retief Goosen.

In their careers, those four stalwarts combined for 15 major wins; Woods himself matched that figure.

In their careers, those four combined for just 41 weeks at No. 1 in the world (32 for Singh; nine for Els). Woods was No. 1 for 683 weeks, which is the equivalent of 13 years and two months. Digest that for a moment, savor it, and then realize this: Woods didn’t discriminate just against Els; he kicked everyone’s butt.

“I don’t think there’s a perfect athlete,” Olympic champion Jackie Joyner-Kersee once said. “But if I had to come close to picking someone who demonstrates all the traits … I would say the perfect athlete would be Tiger Woods.”

When it was announced in Spring 2020 that Woods had been elected for induction into the World Golf Hall of Fame (COVID rudely interrupted things; the induction will be March 9 during THE PLAYERS Championship), never was news greeted with such nonchalance.

The man likely deserves his own stratosphere, he’s that utterly incomparable.

Goodness, he had probably done enough to get into the Hall of Fame in just five seasons, 1999-2003, when he won 32 times in 101 starts. Never mind that he tossed down another five-year stretch (2005-09) in which he won 31 of 75 tournaments, or that he was the Jack Nicklaus Player of the Year 10 times, or that he led the money list 10 times, or that he is one of only five players to win the career Grand Slam (let the record show he did it quickest).

It’s as if Mark Calcavecchia nailed it that Sunday in 2000 at the “Home of Golf,” St. Andrews, as he watched Woods nail down an eight-stroke win in the Open Championship just one month after lapping the field by 15 at the U.S. Open.

“He is,” praised Calcavecchia, standing in the cool summer air at The Old Course, “the chosen one.”

Woods was just 24 at the time and halfway to a historic run of four consecutive major wins. He was just getting into his overwhelming dominance of the World Golf Championships (18 triumphs). He had not yet taken ownership of assorted venues such as Bay Hill or Firestone or Torrey Pines.

But he had already proven Phil Knight a prophet.

Just four years earlier, the man behind Nike had said in response to queries about why he would pay such extravagant endorsement money to Woods: “What Michael Jordan did for basketball, (Tiger Woods) absolutely can do for golf. The world has not seen anything like what he’s going to do for the sport.”

Longtime PGA TOUR Commissioner Tim Finchem, also part of this year’s Hall of Fame class, would tell you Knight’s words were not hyperbole. You want numbers, here are some numbers:

If you don’t accept that Woods is hugely responsible for those upticks, well, you are standing by your lonesome.

“I idolized Arnold Palmer,” said Finchem, “and I respect what Jack (Nicklaus) did. But Tiger Woods is the greatest player and the most dominating. Beyond that, he lifted boats and brought in fans and he’s the most recognizable athlete on the planet.”

That’s pretty good reinforcement for Hall of Fame credentials, in case you even need to back up the key victory numbers that highlights Woods’ resume. (With 82 PGA TOUR wins he shares the career lead with Sam Snead; with 15 majors he trails only Nicklaus.)

But should you still want to know what makes Woods stands out, Finchem offers that “he changed the landscape and he impacted the way golfers prepared and played, which effectively improved TV deals and sponsorships.

“He took golf to a whole new level.”

And now he’ll take his lofty place among the greatest the game has ever known.