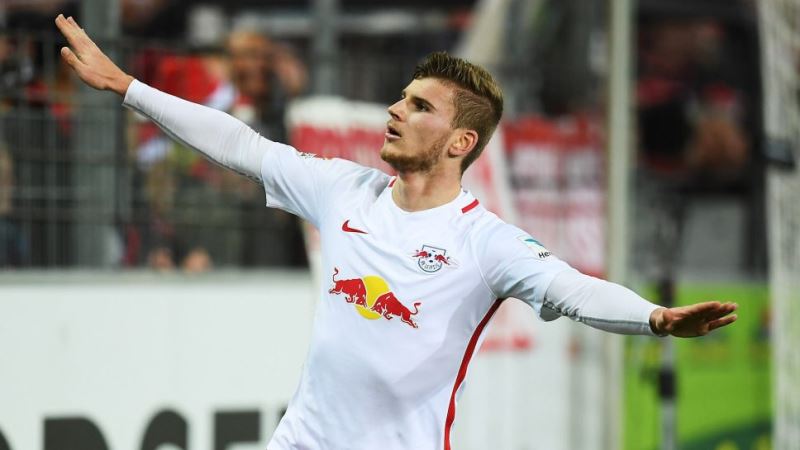 German international centre forward Timo Werner will not be leaving RB Leipzig for Real Madrid in the next year, the Bundesliga club’s sports director Ralf Rangnick said on Friday.

Asked about persistent rumours surrounding the 21-year-old, Rangnick replied: “Not this winter nor next summer. We will keep Timo Werner here. We are engaged in intensive talks with his agent.”

Asked about a story in Marca, the Spanish sports daily, linking Werner to Real, Rangnick said: “These are things I don’t take seriously.”

Werner is under contract with Leipzig until 2020. The club are second in the Bundesliga, three points behind Bayern Munich, and visit Hoffenheim on Saturday.

Leipzig are third in their Champions League group but will reach the knockout stages if results go their way in the final round of games on Wednesday.

Leipzig will lose their other star player next summer. The Guinean midfielder Naby Keita agreed to join Liverpool after the English club said it would pay his buy-out clause of 70 million euros ($83 million). – Agence France-Presse