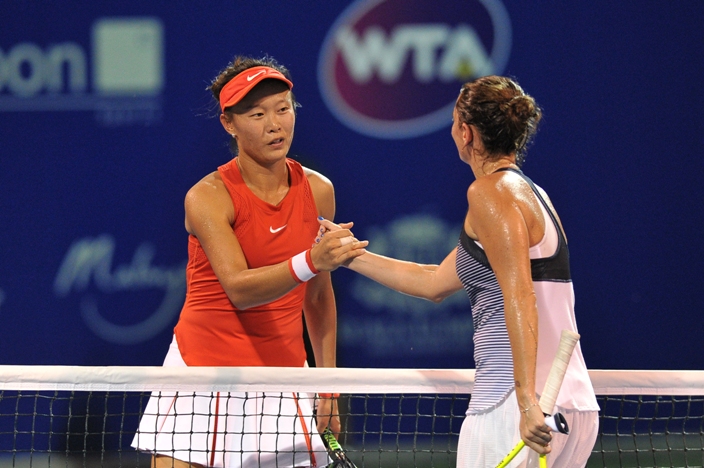 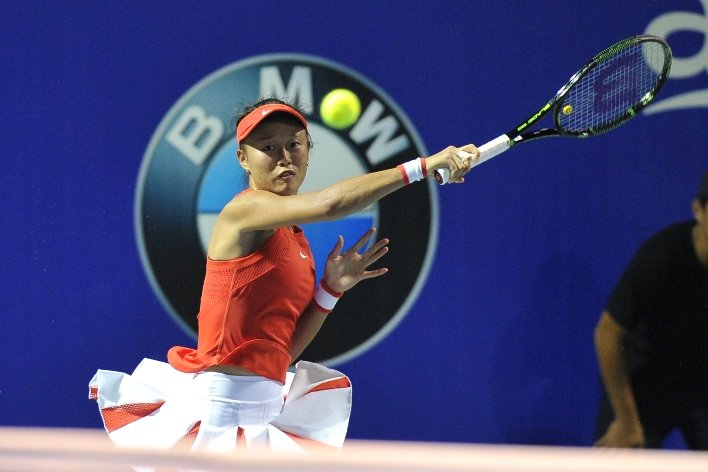 World No 10 Roberta Vinci was handed a shock first round defeat by Taiwan’s Chang Kai Chen in the BMW Malaysian Open at the Kuala Lumpur Golf and Country Club in Bukit Kiara tonight.

The top seed was expected to make a lasting impression in Kuala Lumpur and claim her second title of the season but Kai Chen turned the tables with an impression 5-7, 6-2, 6-1 win in 93 minutes.

Roberta was jovial despite the defeat, stating that her opponent played a very good match.

“I came back from 3-1 down to take the first set but Kai Chen played much better in the following sets. Frankly, I was mentally and physically tired after having played three back-to-back tournaments,” said Roberta after the match.

“I know that everyone expects a top seed to win but it is impossible for a high ranking player to achieve everything. I am a little sad, though.”

On her thoughts being a top 10 player, Roberta said it has added more pressure.

“It is much better when you are in the top 40 but I am happy to have finally achieved my goal. I hope to be a Grand Slam champion before I retire,” said the 33-year-old.

Kai Chen, who was out of the game for a year following a wrist surgery, said her decision to be more patient after the first set paid dividends.

“I slowed down my game and played the points patiently. Roberta is a tough player as she has a variety of styles. I think Roberta was tired as she had done a lot of travelling in-between tournaments of late,” said the 153rd-ranked player.

Second seed Elina Svitolina of Ukraine turned on the heat with a 6-1, 6-1 thrashing of qualifier Miyu Kato of Japan. The World No 19 plays Risa Ozaki in the second round.

Elina used the match to try new things from practice and the three-time WTA Tour winner described the win as a good start to the tournament.

“I tried some new things and also made some changes to my game during the match. I want to be more aggressive and also treat each point like it my last in matches. Overall, I have improved in some aspects,” said Elina, the highest ranked Ukrainian in the tour.