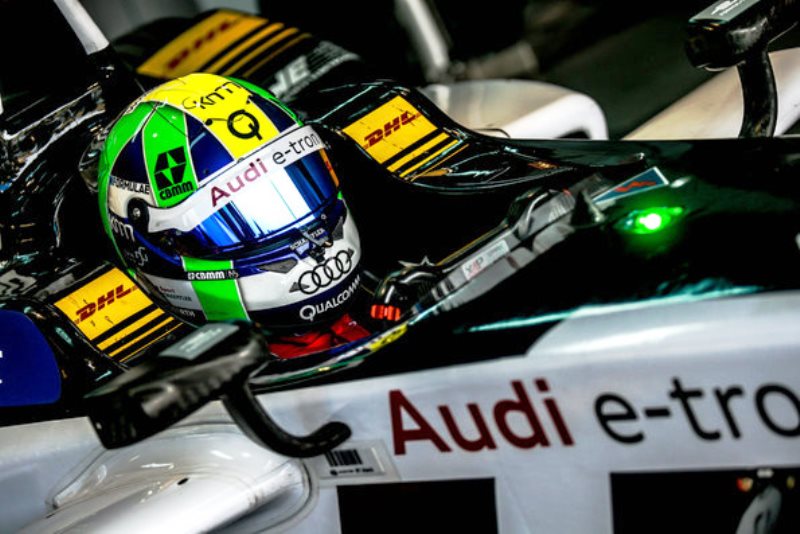 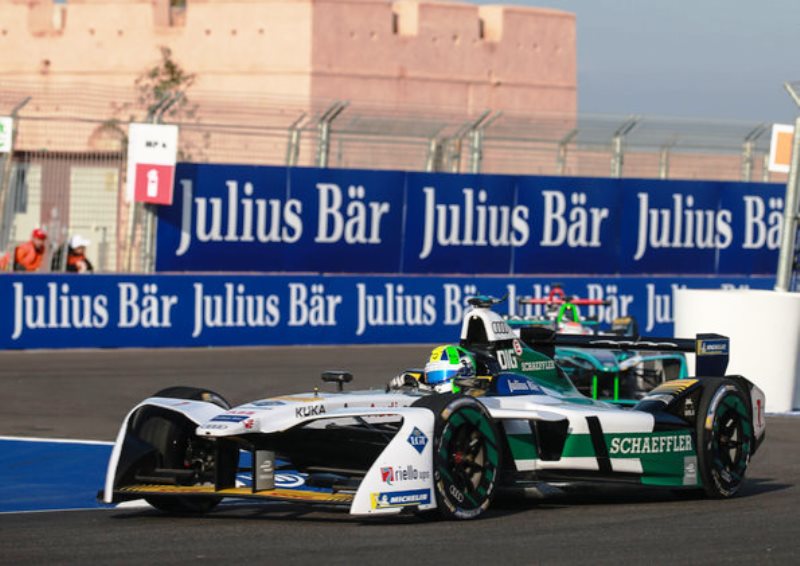 Daniel Abt still scores one point after drive-through penalty

In round three of the Formula E electric racing series in Marrakesh (Morocco), following a strong beginning, Team Audi Sport ABT Schaeffler only went home with a single point. Daniel Abt, after a drive-through penalty and a full course yellow which came at an unfavorable time, finished the race in 10th position. Title defender Lucas di Grassi had to park his Audi e-tron FE04 in the pits after only seven laps due to a technical problem.

“This was not our day today and not the result that would have been possible,” said Team Principal Allan McNish. “We had fast cars but Lucas’ race was over far too early following a technical issue that we still need to analyze. Almost at the same time, Daniel had a collision with Alex Lynn that was a racing accident in my view. He received a drive-through nevertheless. Even after that, he was still running strong but the full course yellow cost him 35 seconds and deprived him of all chances.”

The two free practice sessions in the morning showed what would have been possible for Team Audi Sport ABT Schaeffler in Marrakesh. In session one, Lucas di Grassi set the best time and in session two, both Audi e-tron FE04 cars with Daniel Abt and Lucas di Grassi were at the front of the field. Qualifying started in a promising way as well. Although Lucas di Grassi had to go out on track in the unfavorable first group, in 2nd position, he managed to qualify for the “Super Pole” of the five fastest. However, from that moment on, Team Audi Sport ABT Schaeffler was out of luck in North Africa.

Daniel Abt was on course for a best time in qualifying when he was forced to end his lap due to another driver’s accident. The German was allowed to repeat his lap but then only had one instead of two warm-up laps and, as a result, had to settle for grid position eight. Lucas di Grassi began his Super Pole lap with a strong first sector but was subsequently slowed by a technical issue.

In the initially turbulent race, Lucas di Grassi was in 4th position, directly trailing subsequent winner Felix Rosenqvist, when his car became slower and he was forced to give up. “Our car is fast but obviously it’s frustrating to have reliability issues in two consecutive races,” said Lucas di Grassi. “We once again showed what potential we have but I did not score any points. We have to get better in that respect. But I have full confidence in Audi that the issues will be resolved.”

Daniel Abt had advanced to 4th position from eighth on the grid when a drive-through penalty was imposed on him which caused him to drop to 14th position. “This could have become a really good day,” said Abt. “In terms of speed, we would have had to win this race. There was nothing I could do in the collision with Alex Lynn. When braking to enter turn 1, I was running side by side with him when he pulled over. Even after the drive-through I was really fast. But I had barely reached the pits when the full-course yellow came. Simply incredible!”

“Today’s race result is a shame particularly because here in Marrakesh we had a really good performance in the cars,” said Head of Audi Motorsport Dieter Gass. “But there’s no use in crying about a lost good result. Instead we need to look ahead and achieve a good result in Chile.”

On February 3, Formula E will visit Santiago de Chile for the first time. Before the event, the Young Driver Test is scheduled in Marrakesh on Sunday (January 14). Nico Müller and Nyck de Vries will be participating for Team Audi Sport ABT Schaeffler.