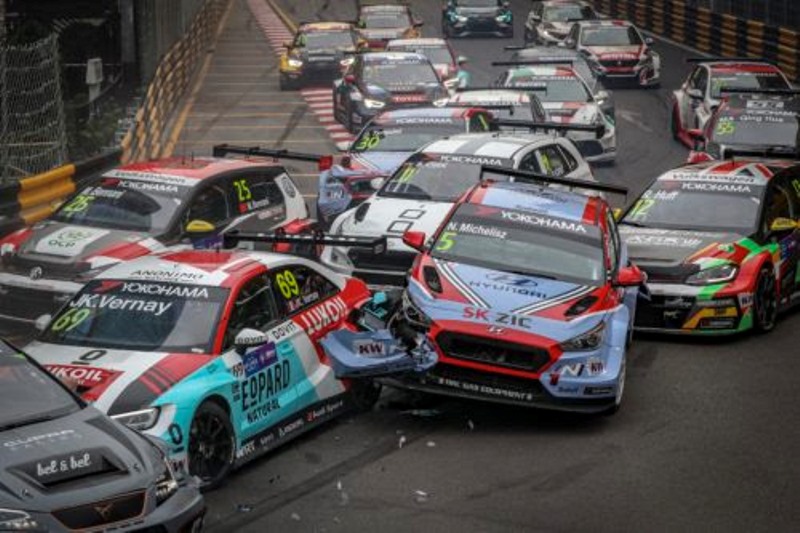 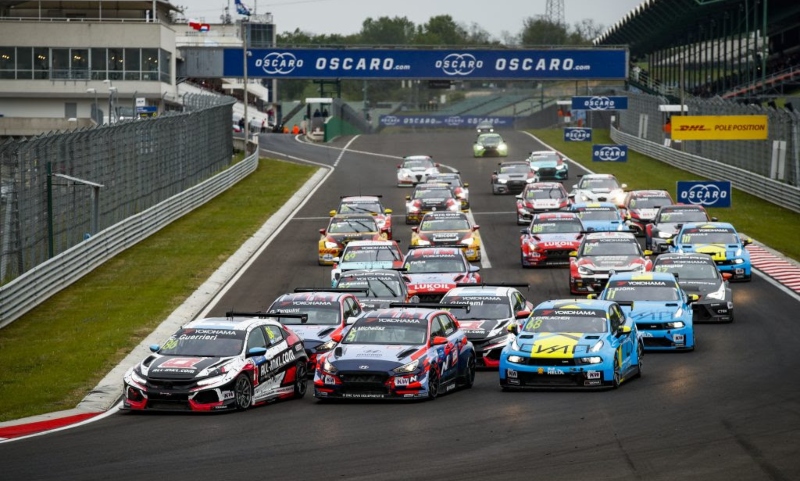 Circuit in Bratislava a difficult venue for the Volkswagen drivers

Motorsport genes in production: The road-going variant of the Golf GTI TCR1

Next up for Volkswagen Motorsport and the Sébastien Loeb Racing team is round three of the WTCR – FIA World Touring Car Cup from 10 to 12 May. After the upturn in fortunes last time out in Hungary, the expectations for the race weekend at the Slovakia Ring (SK) are now cautiously optimistic: The 5.922-kilometre circuit near Bratislava has proven to be a tough nut to crack so far for the Volkswagen drivers.

“The race weekend in Hungary was a step in the right direction for us, but we cannot expect to follow on seamlessly from that in Slovakia,” said Volkswagen Motorsport Director Sven Smeets. “The Slovakia Ring does not play entirely to the strengths of the Golf GTI TCR. Our car is better suited to tight, compact circuits. The fact that the strength of the competition in the WTCR has increased hugely since last year means the weekend will be far from a walk in the park. However, we will obviously not give up and will do everything we can to get the Golf GTI TCR to the front of the field.”

The layout at the Slovakia Ring, located roughly 40 kilometres from the Slovakian capital, represents a major challenge for Volkswagen drivers Mehdi Bennani (MA), Rob Huff (GB), Johan Kristoffersson (S) and Benjamin Leuchter (D). The track features a number of sections with fast corners, as well as a slower section in the infield. The long straights offer good opportunities to overtake out of the slipstream.

As of the event in Slovakia, the Volkswagen Group’s standard control unit will be used again in the four Volkswagen Golf GTI TCR. Up until now, the four Volkswagen were exclusively equipped with a new engine control unit, which will be compulsory for all the WTCR teams from 2020 – however, it became clear after the first two race weekends that more development work was needed on the units. The switching of the control unit means the Golf retains its compensation weight of 60 kg and, in accordance with the Balance of Performance classification, brings its weight to 1,295 kg.

Tried and tested at the racetrack: The road-legal Golf GTI TCR

During the tests in preparation for the 2019 season, the new road-going variant of the Golf GTI TCR was also put through its paces alongside the racing version. The spearhead of the current GTI range is not only at home in motorsport, but also on the streets. “Next to the considerably wider racing version, the road-going variant of the Golf GTI TCR may appear somewhat more restrained. However, the car has plenty to offer and is great fun to drive,” said Benjamin Leuchter. And the Volkswagen driver should know. He is one of the men behind the wheel of the racing version in the WTCR and the VLN Endurance Championship, while he also drives the road-legal production model away from the racetrack.

The racing version does indeed look more powerful when the two cars are viewed side by side. The Golf GTI TCR for the racetrack is 20 centimetres wider than its production counterpart and also sits significantly lower on the road. The motorsport influence goes beyond what is hidden under the bonnet on the road-going version: According to Leuchter, aerodynamic elements like the front splitter, rear diffusor and roof-edge spoiler have clear performance benefits, as well as looking good.

There are many parallels between the two variants: Roughly 60 percent of the components are identical – from simple parts like the bonnet, doors and headlamps, to the dual-clutch transmission and two-litre turbo engine. There is a discrepancy between the two versions, however, when it comes to the engine power: The power unit in the racing variant churns out 250 kW (340 hp), while the road-legal production version also generates a proud 213 kW (290 hp). Technically, the engines are virtually identical – truly production-based motorsport.

While the racer has everything you would expect of a racing car, with roll cage and a very sparse interior, the interior of its road-going counterpart features an elegant and sporty design. “Sure, the design of the production Golf GTI TCR is by no means uncompromising, right down to the last detail. However, it has its brother’s motorsport genes, whilst at the same time offering a complete package with greater comfort and sporty design elements,” said Leuchter.