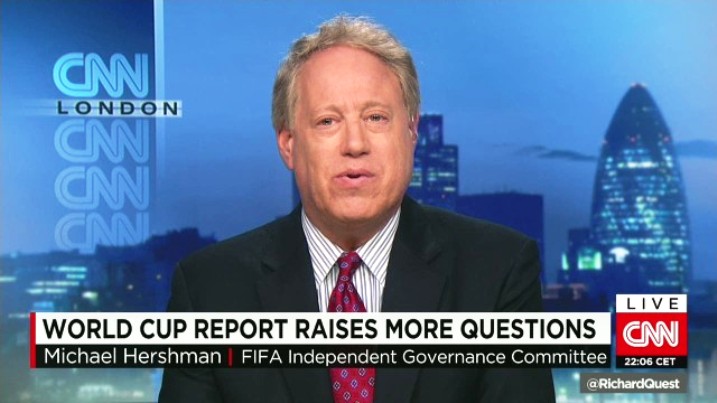 Transparency International co-founder Michael Hershman was Thursday unveiled as CEO of the Qatar-based International Centre for Sport Security, and warned sport risked losing its fan base due to recent scandals.

Hershman said all sports had a duty to convince the public that their games were clean because of recent corruption, match-fixing and doping scandals.

“Sport is probably facing the greatest crisis it has ever faced, it’s an issue of integrity and accountability,” the American told reporters at a Doha press conference.

“The greatest threat to sport is losing its fan base.”  Hershman, 70, has had a long and varied career.

As well as Transparency International, he previously served on a FIFA reform committee, which paved the way for the controversial Garcia report examining allegations of corruption.

The report has never been fully published.

Outside sport, Hershman was a special agent with US military intelligence and served an investigator for the Senate Watergate Committee.

His appointment is seen as a coup for the ICSS, which advises on sports security, corruption and match-fixing.

Formed in 2011, the Doha-based organisation receives funding from the Qatari government.

It has found itself criticised as being a PR opportunity for the Gulf country as Qatar faces ongoing accusations of corruption over its successful bid to host the football World Cup 2022.

But Hershman said the ICSS also received funding from other governments and he would not have taken up the position as CEO unless the organisation was truly independent.

“Yes, indeed, Qatar is giving money to the ICSS but the money that is given has no conditionality, there are no strings attached.

“No one from the Qatari government has given the ICSS indications as to what it should do. It’s truly independent,” Hershman claimed. – Agence France-Presse