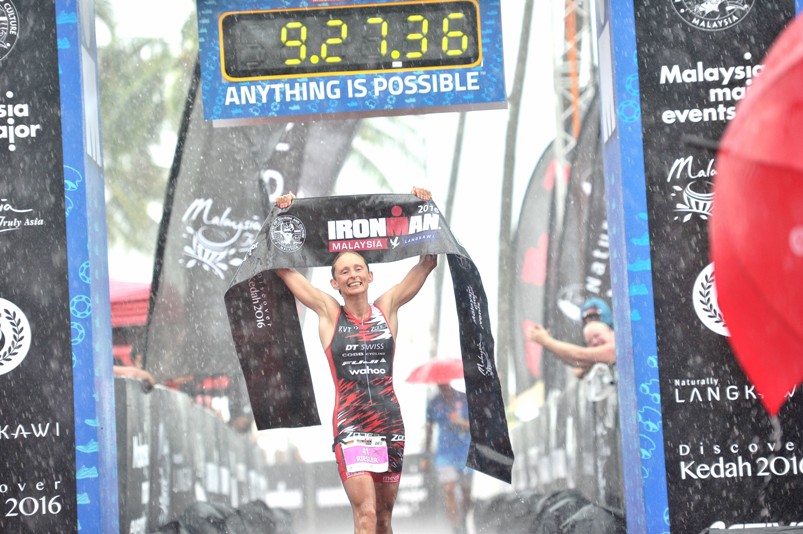 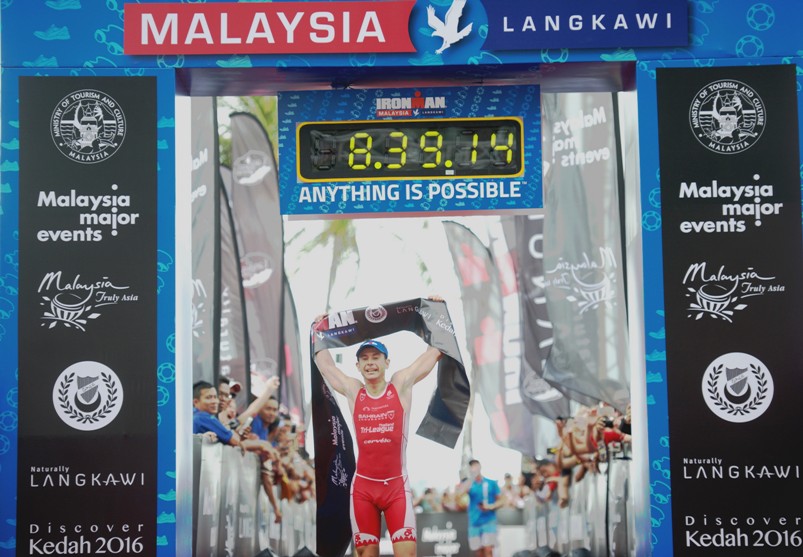 Croneborg had to withstand a storming run from Brazilian Thiago Vinhal to claim his first IRONMAN win in 8:39:11

In the women’s race, it proved a record hat-trick of wins at IRONMAN Malaysia for Germany’s Diana Riesler who made her move late on the bike and proved too strong on the run in the Malaysian heat.

Fredrik Croneborg has made Asia his home – and cemented that with his breakthrough victory in IRONMAN Malaysia in Langkawi.

He became enamoured with Asia after initially working in China as an e-project manager, and for some years now has been based in Phuket.

The diminutive Swede has been a regular figure on the burgeoning Asian IRONMAN scene, chalking up wins and podium finishes over the IRONMAN 70.3 distance to go with runner-up performances at IRONMAN Malaysia and IRONMAN Taiwan last year.

He found himself four minutes behind Harry Wiltshire (GBR) and Balazc Csoke (HUN) out of the water, and was still the same distance back at 70kms on the bike. But he pushed hard from that time, catching the leading bunch at 130kms. He was not content with the catch, forcing his way through the pack with Jeremy Jurkiewicz (FRA) to open a vital 1:30 advantage on to the marathon.

Croneborg, who had limited running build-up due to an injury and the recent birth of his first child, managed to build a two minute buffer on the field after 10kms as the runners started to move. Brazil’s Thiago Vinhal moved past the tiring Jurkiewicz into second place but he eventually ran out of real estate.

Croneborg won in 8:39:11 to celebrate in style, with Vinhal 33 seconds behind to register his first IRONMAN runner-up, after finishing third at Fortaleza last year.

The fastest run came from Japan’s Kaito Tohara who zoomed home to pick up third ahead of an impressive effort from Daniil Sapunov (UKR) who worked hard early on the run, but paid the price over the final kilometres as he chased his first IRONMAN podium.

“It feels incredible,” says Croneborg. “There are a lot of reasons for that. It’s my first IRONMAN title and after doing two second places, it is great. It got so close at the end and my preparation has not been optimal. All these things together and with the pressure before the race, it’s amazing. I felt a lot of crowd support out there from spectators and other competitors. It is my favourite race.”

“I lost the front group on the swim but my bike was good enough to catch that group and once I did, I managed to get away with Jeremy. That was the key moment given how Thiago ran,” he added.

Triple Treat for Riesler in Malaysia

Diana Riesler likes to challenge herself, trying for her third consecutive win in the heat and humidity of Malaysia, which has never been done before.

The German was handily placed third out of the water, a minute down on Japan’s Maki Nishiuchi but ahead of the key competitors Laura Siddall (GBR) and Mareen Hufe (GER).

The German gradually built on that considerable advantage to be 6:42 ahead of Siddall at 10kms of the marathon and eight minutes over Hufe at 25kms. She ran a 3:21:38 marathon in the heat and then through rain to arrive home for her third straight win in Malaysia with 9:25:34.

“I think I was third after the swim, and then I took over the lead on the bike after 30 kilometres. From then on, I stayed at the front. I’m just happy that I could win, and come back to Malaysia”.

Hufe continued her impressively consistent career with another podium to go with her runner-up at Brazil earlier this year and seventh in New Zealand. It was her seventh podium in the last four years.

Siddall enjoyed a solid day throughout – fourth out of the swim, second off the bike and just edged back to third overall for an excellent day in the office. It was her first podium in a full IRONMAN event. 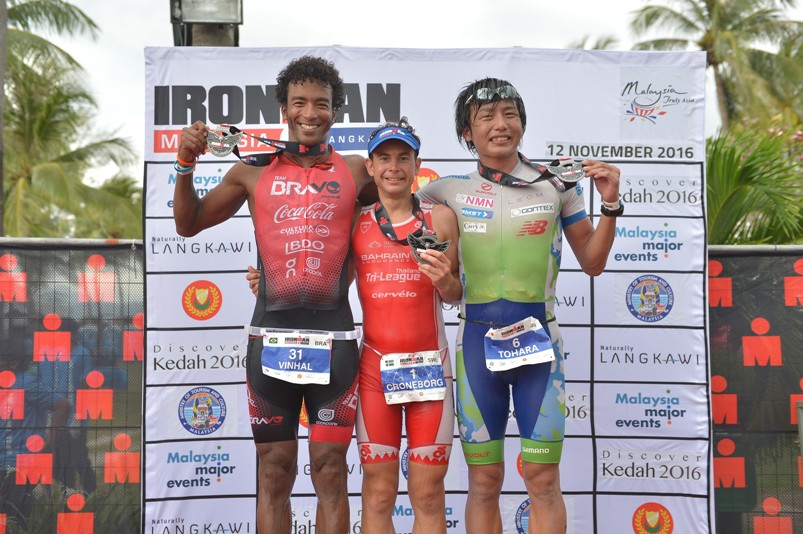