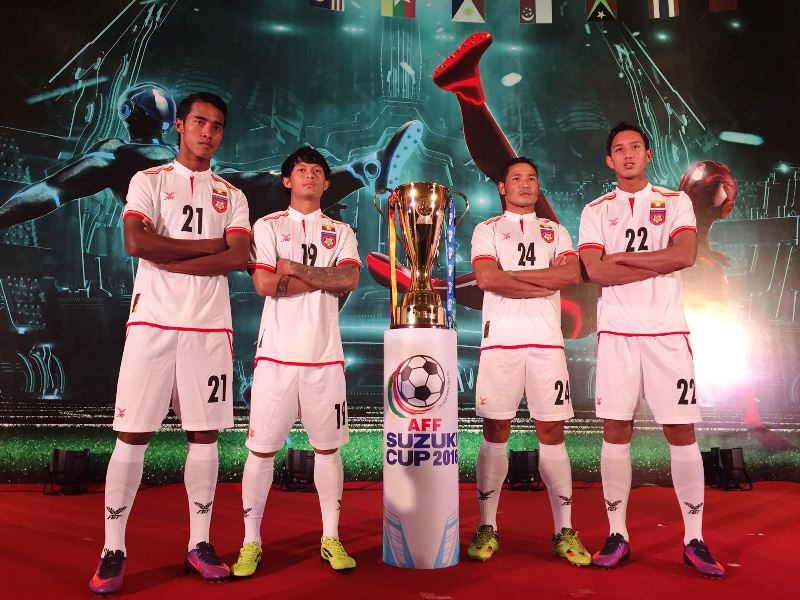 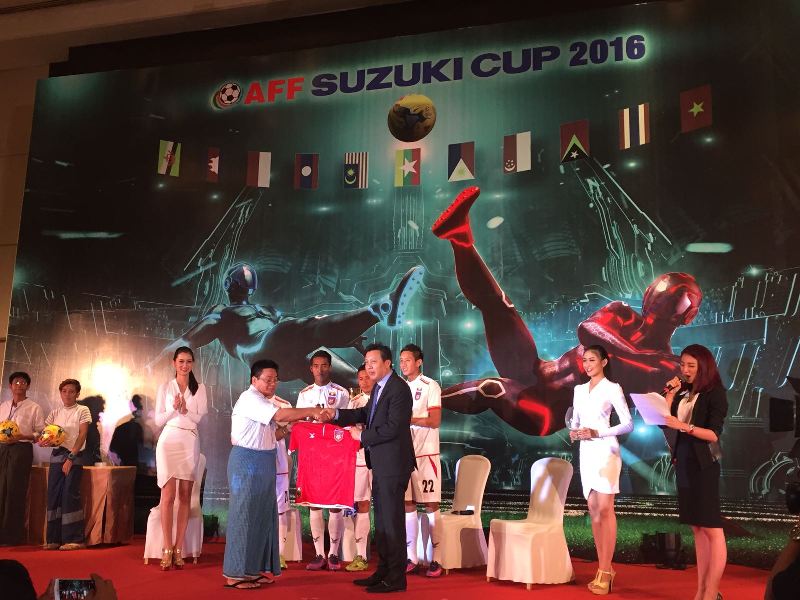 The AFF Suzuki Cup Trophy Tour kicked off today in Yangon, Myanmar, marking the start of a thrilling countdown to the region’s biggest and best football tournament, which begins on November 19.

“We are proud that Yangon has launched The Trophy Tour on its four-city swing of the region. This is a wonderful way to help celebrate this popular tournament in this region and show the passion that the Suzuki Motor Corporation has for the AFF Suzuki Cup.”

As part of today’s celebrations Suzuki (Myanmar) Motor Company Limited also unveiled the brand new Suzuki Ciaz, which will be the first time they have produced and launched an authentic sedan in Myanmar.

The Suzuki Ciaz boasts three unique selling points over other sedans of the same class. The “Exceptional Design” and “Roomy Passenger Cabin” will impress discerning drivers with an outstanding large space in the rear seat, and a 1.4 litre engine with superior driving dynamics and excellent fuel efficiency.

Suzuki (Myanmar) Motor Company Limited is going to display the Suzuki Ciaz at the Thuwanna Stadium in Yangon when the AFF Suzuki Cup Group stages are played on November 20th, 23rd and 26th.

“We look forward to customers in Myanmar getting a chance to experience and get a feel for the Suzuki Ciaz at the Thuwanna Stadium,” added Mr. Sugiyama.

The following day the Group B matches kick off here in Yangon with 2010 champions Malaysia facing Cambodia before Myanmar battle it out against Vietnam, who won this event in 2008.