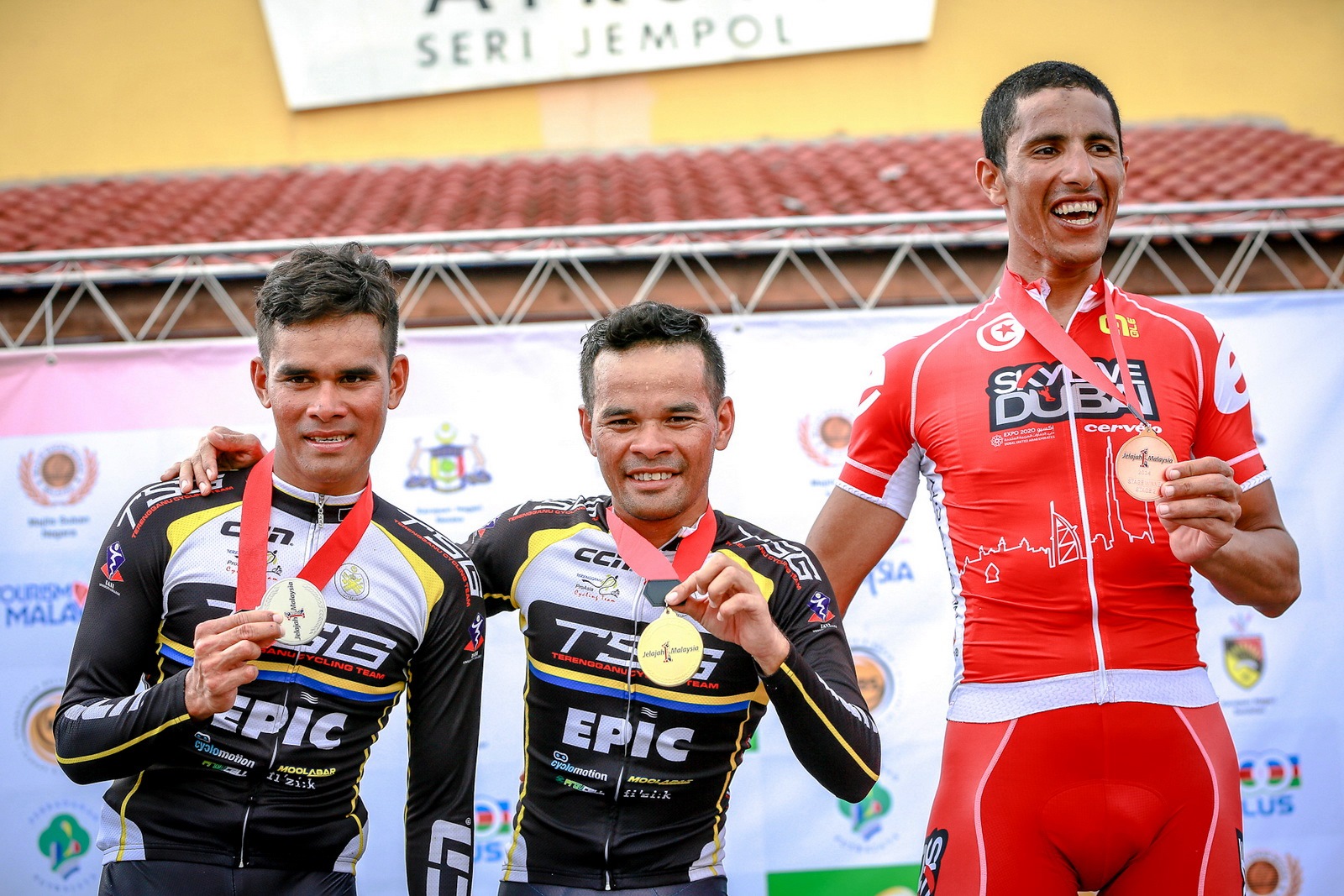 JEMPOL – The Salleh brothers – Mohd Zamri and Mohd Hariff – clinched a 1-2 finish as Terengganu Cycling Team outwitted their rivals in Stage Two in the 50th anniversary Jelajah Malaysia in Jempol, Negri Sembilan on Sunday. It was a tactical manoeuvre by the Terengganu outfit which saw elder brother Zamri winning the 152.7km ride in a blanket finish which also saw the top 10 riders credited with the same time.

Rafaa, however, clinged on to his yellow jersey with a total time of &:36:51 – only 0.09 seconds ahead of teammate Adil Jelloul with Morton Angus of St George Merida Cycling (Australia) a close third (7:37.02).

Hariff is a known sprinter and all eyes were on him but in a well calculated tactical move it was Zamri who sprinted ahead for a “fantastic win” for the Terengganu outfit who had been deprived of a podium finish when their French coach Sebastien Duclos left the team for nine months this year. 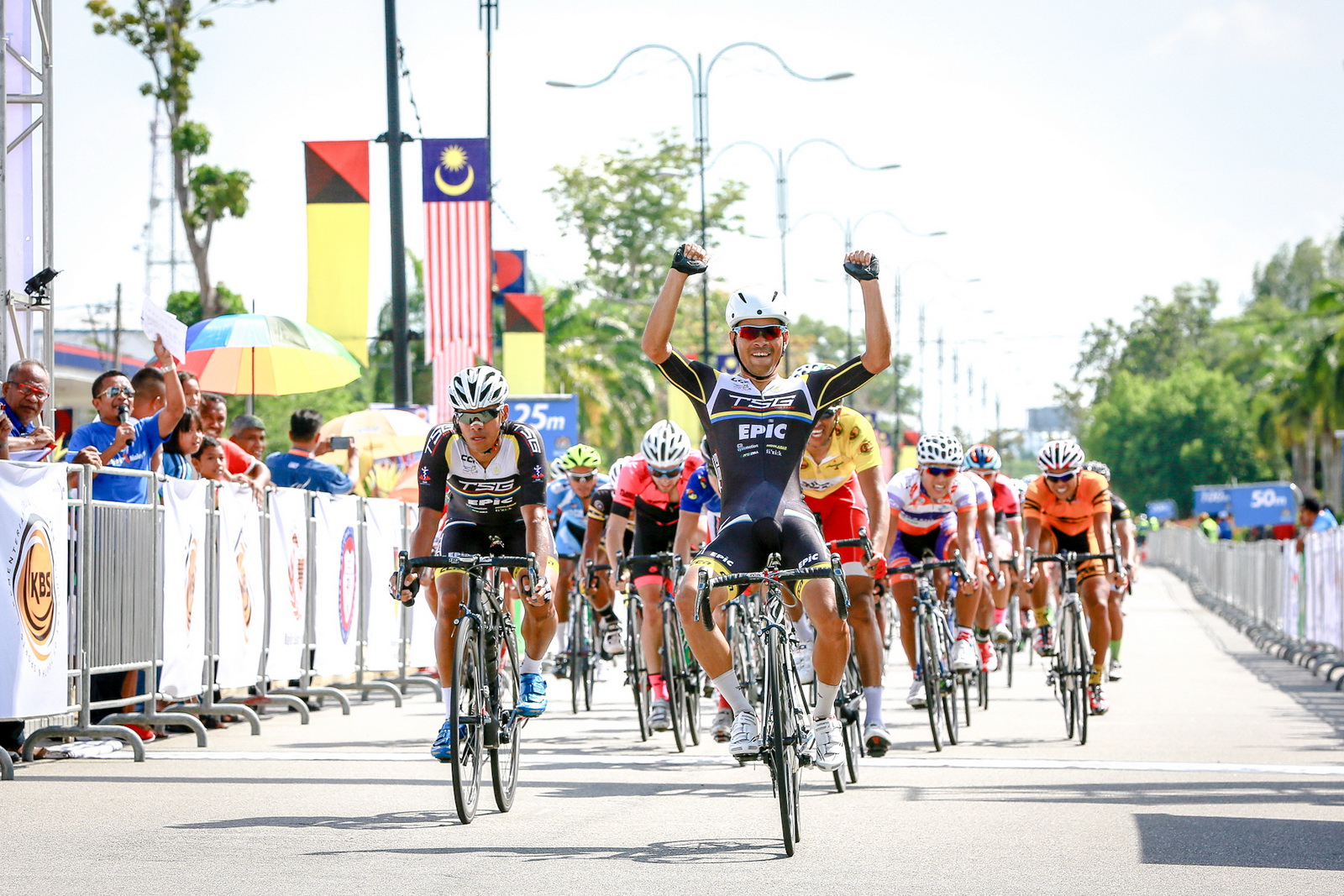 “This is my first stage win since 2012 and without doubt it is Duclos who has made it possible. A 1-2 finish for the team and what more with my brother coming in second, I am simply elated with the success,” said Zamri after his win.

And the Frenchman was grinning from ear to ear with the team’s fantastic win and was quick to say: “This is the start of better things to come from the team. When I left the team at the end of last year TSG failed to win or get on to the podium.

“The win is not surprising. What you have seen of TSG today speaks of the team. We are gunning for more (success).”

It is all the more sweet for TSG as Muhd Shaiful Abdul Azis retained the white jersey as the best Malaysian rider with a time of 7:37.16 ahead of second place Muaz Abdul Rahim (7:37.32) with his TSG teammate Muhamad Adiq Husainie third (7:37.34).

Duclos , who previously had a two-year stint with TSG, renewed his links with them in October this year – a timely return for the Frenchman who is now plotting the team’s strategies for the remaining stages.

Stage 3 of Jelajah Malaysia on Monday will be the longest – covering 171.1km from Dataran Nilai to Alor Gajah in Malacca.

The 28-year-old Rafaa is not disappointed but instead promised to “get things in order” and admitted that the team’s tactics in Stage 3 will have to be changed.

“We need to change tactics from tomorrow if we are to hold on to the yellow jersey. The other teams have shown that they are great rivals and are determined to win the tour,” said Rafaa.