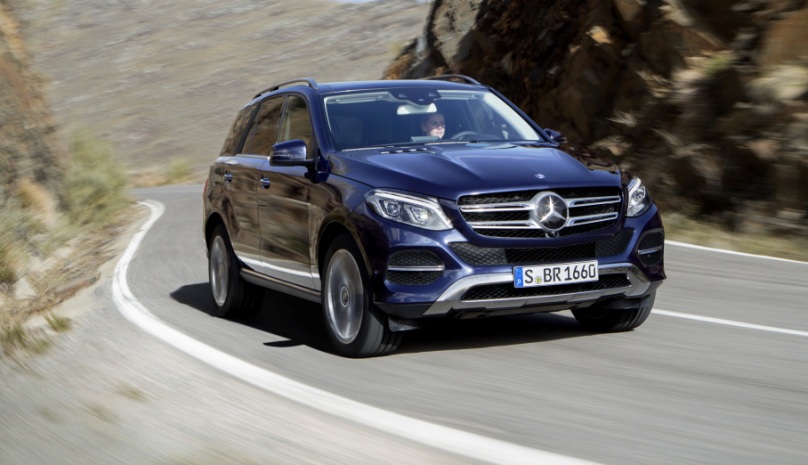 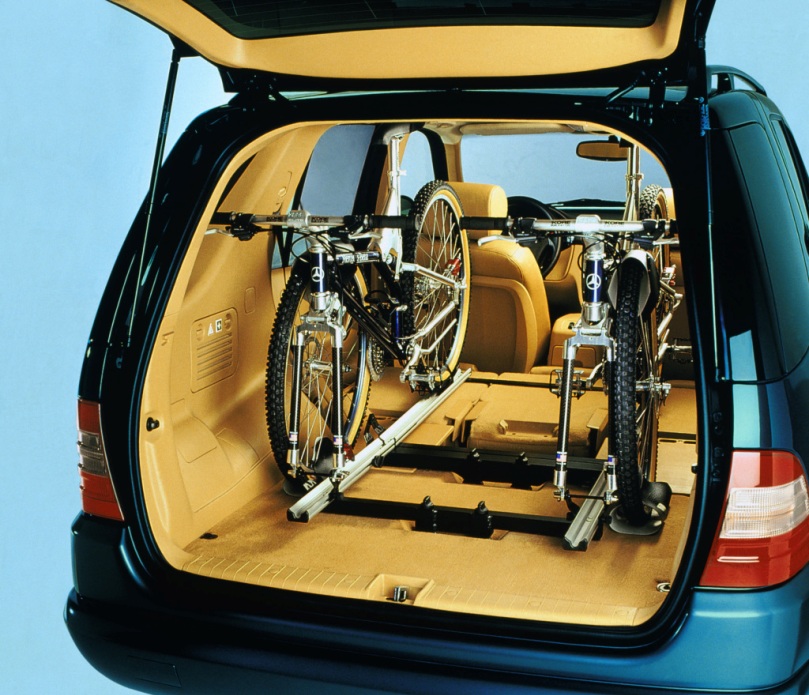 It was twenty years ago that Mercedes-Benz presented the M-Class in Tuscaloosa (Alabama/USA). Following the traces of the legendary G-Class, the precursor to today’s GLE successfully marked the brand’s entry into the Sport Utility Vehicle (SUV) segment.

At the same time, both vehicles provided the basis for the present, extensive Mercedes-Benz product portfolio in this market segment, which also includes the GLA, GLC and GLS apart from the G-Class and GLE.

Stuttgart. On rough terrain, no star in the passenger car sector shines more brightly than the Mercedes-Benz G-Class, which has been in production since 1979. However in the early 1990s, the Stuttgart-based brand also recognised the potential in another segment of the off-road vehicle market: comfortable, sporty vehicles for sport and recreation, with a greater technical similarity with passenger cars.

The key aspects of this vehicle concept were defined in 1993. Three years later, Mercedes-Benz presented the near-series study “AAVision” at the North American International Auto Show (NAIAS) in Detroit. The name of this concept car referred to the segment of “All Activity Vehicles” (AAVs), later to become commonly known as “Sport Utility Vehicles” (SUVs).

In May 1997, 20 years ago, the W 163 series Mercedes-Benz M-Class celebrated its premiere. This off-road capable SUV combined the best of both worlds: all-wheel drive, high ground clearance and generous interior space are important attributes of classic off-roaders. It was accompanied by excellent ride comfort even at high on-road speeds, a highly variable interior and a harmonious design.

It was the sophisticated suspension in particular of the M-Class that made the new level of comfort possible. In contrast to many competitors, the W 163 featured an independent front and rear suspension. The permanent all-wheel drive also differed from conventional systems: the M-Class dispensed with conventional differential locks, instead using an improved version of the Electronic Traction System ETS. If a wheel starts to spin on a slippery surface, ETS brakes that wheel until a certain prescribed speed difference is reached. This increases the drive torque to the wheels that still have good road adhesion. Acting together, the independent suspension and ETS optimise the handling safety and stability of the M-Class, both on and off the road.

New plant for this vehicle type

The M-Class had its debut in the new Mercedes-Benz plant in Tuscaloosa, Alabama (USA). Since then, this is where the Stuttgart-based brand has produced almost all of its upper medium and luxury class SUVs. The decision to construct a US plant for a new, all-wheel drive vehicle was announced by Werner Niefer, Chairman of Mercedes-Benz AG, in 1993.

On 21 May 1997 Mercedes-Benz officially opened the plant to coincide with the presentation of the M-Class. Four months previously, at the 1997 NAIAS show, the chassis and the powertrain with intelligent all-wheel drive and the newly developed 3.2-litre V6 engine were on display. With the sporty and comfortable M-Class, Mercedes-Benz took the lead position in the worldwide success of the SUV.

The demand for the new model series was correspondingly strong, and it was very positively received by the motoring media. From 1999 to 2002 the W 163 was therefore produced at the Graz plant of Steyr-Daimler-Puch AG in Austria – where the G-Class has also been produced since its inception – as well as at the Tuscaloosa plant.

The M-Class was one of the greatest success stories in the Mercedes-Benz product initiative of the 1990s. Its versatile concept gave a strong international impulse for a new vehicle type that went well beyond the Mercedes-Benz brand itself. With the second generation of the M-Class, the W 164 produced from 2005, Mercedes-Benz further consolidated this positive development. The Tuscaloosa plant was expanded, doubling the number of employees.

In contrast to the first M-Class with its frame structure of enclosed box sections, the W 164 was of unibody construction. The suspension was also enhanced by the engineers. The result was a further improvement in on-road ride comfort, together with greater torsional rigidity for off-road operation.

The range of engine variants extended from the ML 280 CDI 4MATIC (140 kW/190 hp) to the ML 63 AMG 4MATIC (375 kW/510 hp) with a four-valve V8 engine and intake manifold petrol injection. At the 2009 New York International Auto Show, Mercedes-Benz presented the ML 450 HYBRID developed for the US market. This combined a V6 petrol engine with two electric motors to deliver a system output of 250 kW (340 hp). In the same year the one millionth M-Class left the production line in Tuscaloosa.

The third generation of the M-Class, the W 166, celebrated its premiere at the 2011 International Motor Show (IAA) in Frankfurt/Main. The main development focus was on even greater fuel efficiency, further improved ride comfort on and off the road, and innovative assistance and safety systems. Since the model facelift in autumn 2015 the W 166 has been called the GLE. This makes its positioning as an SUV belonging to the E-Class model family clear. By the end of 2016, around 2.4 million upper medium class SUVs (GLE and since 2016 the GLE Coupé) and luxury SUVs (GLS) had been produced by the Tuscaloosa plant.