Home News Ulissi triumphs on Giro, Dumoulin back in pink 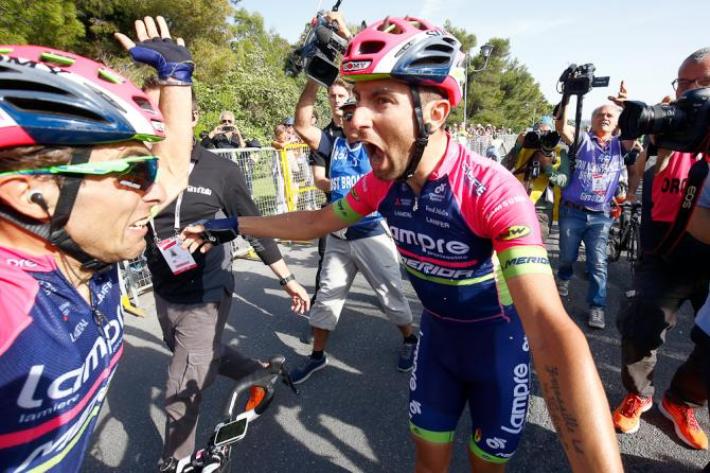 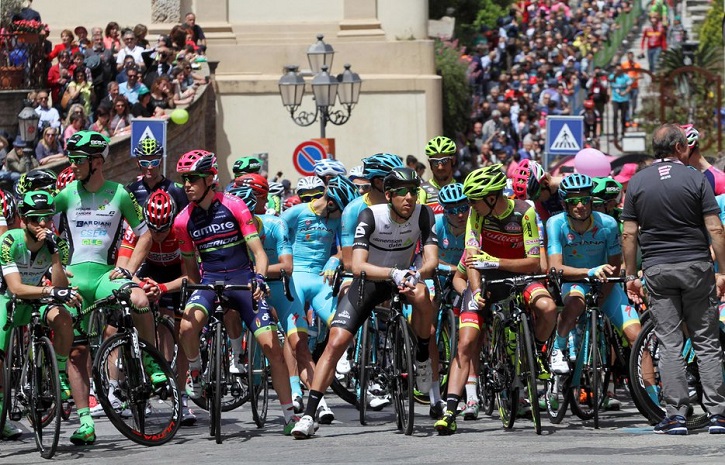 Italian Diego Ulissi capped a daring solo attack with a stunning victory on the fourth stage of the 99th Giro d’Italia as former race leader Tom Dumoulin reclaimed the pink jersey on Tuesday.

In a thrilling finale that saw several riders fail to reel in Italian climbing specialist Ulissi on the 2.5 km-long home straight, Ulissi came over the finish line in triumph with only a few seconds to spare to claim his fifth stage win overall at the race.

Dutchman Dumoulin was second at five seconds behind to reclaim the race leader’s pink jersey from Etixx sprinter Marcel Kittel, having worn it for two days in his native Holland after winning the opening stage time trial.

Overall contenders Vincenzo Nibali and Alejandro Valverde kept their time losses to a minimum by finishing just six seconds in arrears for the stage.

Dumoulin, of the Giant team, now leads Etixx rider Bob Jungels by 20secs, with 2013 race champion Nibali — the favourite this year who rides for Astana — in sixth overall at 26.

Movistar team leader Valverde, a former Tour of Spain champion, is seventh at 31 behind.

The fourth stage, a 200 km race from Catanzaro to Praia a Mare in the Calabria region, was the first of this year’s edition to be held in Italy after three days of racing in the Netherlands.

And it was one Ulissi, among others, had their eye on thanks to a series of late climbs that ultimately ended the sprinters’ hopes of contending a third consecutive bunch sprint.

The fast men of the peloton began dropping off the back when a series of incisive attacks and counter-attacks came and went in the final 10 km.

But a final, steep climb was the game-changer.

Lampre signalled their intentions by pushing up to the front, with Valerio Conti among the Lampre riders setting the pace for Ulissi and leaving most of the rest behind.

Ulissi’s subsequent attack took several rivals with him, but they couldn’t match the Italian’s pace. When he arrived solo on the 2.5 km home straight, the chase was on barely 15secs in his wake.

But Ulissi kept his composure, his head down and the legs pedalling furiously to bring the victory home.

“Valerio Conti was exceptional… I gave it everything on the climb and was worried I’d be caught on the descent but I hung on.

“When I looked around with 10 metres to go, I realised I’d got it. It’s a special moment.”

At the end of the stage the French team FDJ announced the retirement of team leader Alexandre Geniez, who was ninth overall last year, after he suffered a second crash in three days.

It comes following the retirement of Jean-Christophe Peraud, the AG2R team leader who retired after crashing and landing on his face on Sunday.

Wednesday’s fifth stage is a 223 km race from Praia a Mare to Benevent to the east of Naples which should again favour the sprinters. – Agence France-Presse