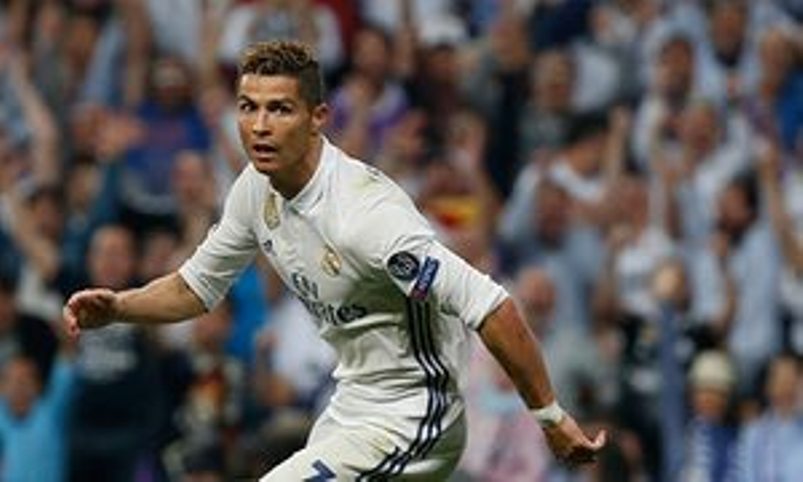 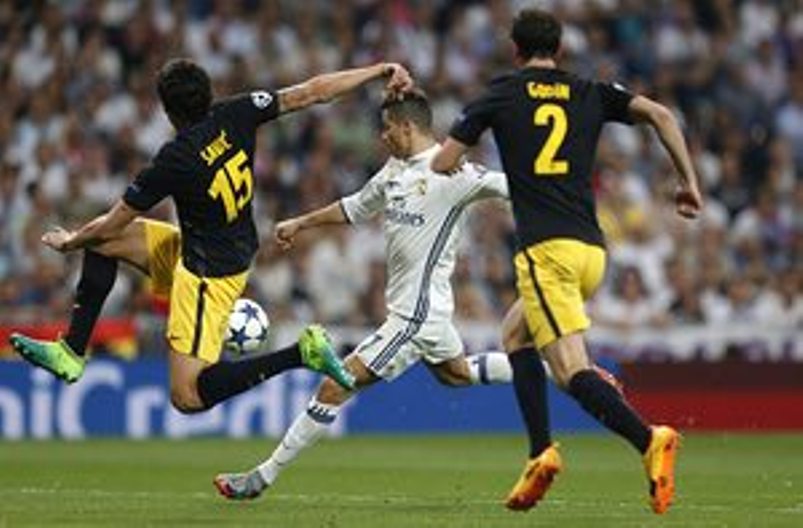 Cristiano Ronaldo’s sensational goalscoring record was hailed as “unique” by boss Zinedine Zidane as his latest hat-trick left Real Madrid on the verge of another Champions League final by thrashing Atletico Madrid 3-0.

Ronaldo’s treble was his second against Atletico this season and second straight in the Champions League after hitting three past Bayern Munich in the quarter-finals.

“Goalscoring is something he has over others, that is what makes him unique,” said Zidane.

Victory extended Real’s hex over Atletico in the Champions League over the past four seasons.

Real have eliminated Diego Simeone’s men in each of the past three years, including in the 2014 and 2016 finals, by the finest of margins.

However, there was a gulf between the sides this time round as Ronaldo’s 10th minute header opened the scoring.

And they struck twice more in the final 20 minutes to give the scoreline the reflection Real’s dominance deserved.

“The team was tremendous. I scored the goals but the team was phenomenal from start to finish,” said Ronaldo.

Victory also kept Real on course to become the first side to retain the Champions League in 27 years.

“We played great, it is not easy to score three goals (against Atletico),” added Zidane.

“The first half hour was fantastic, we had a lot of chances to score the second, but we got it in the second-half.

“We are very happy with the performance. To score three goals and most importantly in a (two-legged) tie keep a clean sheet at home is very important.”

Ronaldo is now just one goal behind Barcelona rival Lionel Messi as the Champions League’s top scorer this season with 10.

Seven of those have come in his last three games, though, as he struck five of Madrid’s six in seeing off Bayern 6-3 on aggregate in the quarters.

“It’s great to have a player like him,” said Real midfielder Toni Kroos.

“You can play good in defence, control midfield but in the end you need a player who will score and he did.

“He always does. He scored five in the quarter-final and three today, so it’s incredible for us.”

There were contrasting emotions for Atletico boss Simeone.

However, he refused to give up hope of a miraculous comeback on what will be the final European match at Atletico’s Vicente Calderon next Wednesday (May 10) before they move to a new stadium next season.

“More than ever I am calm,” said Simeone.

“We have to do something impossible and being Atletico Madrid we might be capable of it.”

Barcelona pulled off the biggest comeback in Champions League history earlier this season by overcoming a 4-0 first leg deficit against Paris Saint-Germain.

And Simeone is clinging to the hope of something similarly unexpected.

“We need to forget about this game.

“It seems impossible, but it is football and football has these unexpected things that make it marvellous.

“Until the last drip of hope is gone, we will give it everything we have.” – Agence France-Presse